Sandro Hit, number 1 in the world according to the WBFSH. 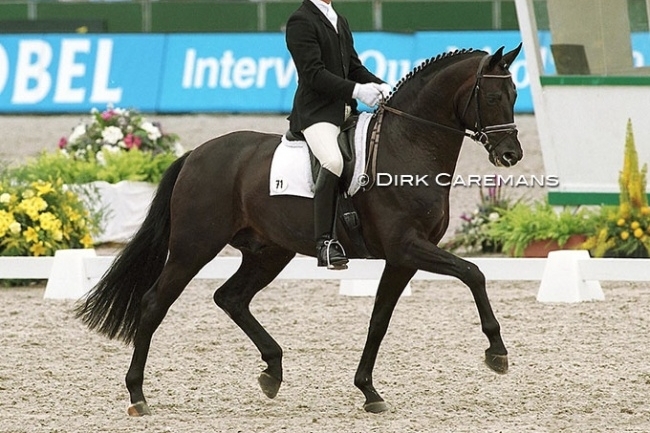 Dressage stallion Sandro Hit, who passed away last summer, was and will remain a legend in world dressage. The son of Sandro Song (Sandro) and Loretta (Ramino), who had been in the top 10 of the world's best dressage stallions according to the WBFSH for the past 10 years, left at the top of the list in 2021.

Sandro Hit has left his mark on the breeding of modern dressage horses with his outstanding breeding qualities: no less than five of his sons and daughters have taken part in the Olympic Games in Tokyo in 2021. Showtime FRH/Dorothee Schneider and Salvino/Adrienne Lyle were part of the gold and silver medal-winning Olympic teams from Germany and the USA. For Showtime FRH, this was already the second Olympic gold medal it had won, following the team gold at the European Championships and two individual silver medals.

The breeding of dressage horses will be forever marked by Sandro Hit, who produced no less than 190 approved stallion sons in Germany alone. It would be difficult to list his descendants as approval winners, prize-winning stallions and top-priced stallion auctions... Among his daughters (of which more than 500 were state prize winners) is the incredible Poetin: world champion young horse and twice German champion, Sandro Hit's daughter was sold at auction for the record sum of 2.5 million euros.