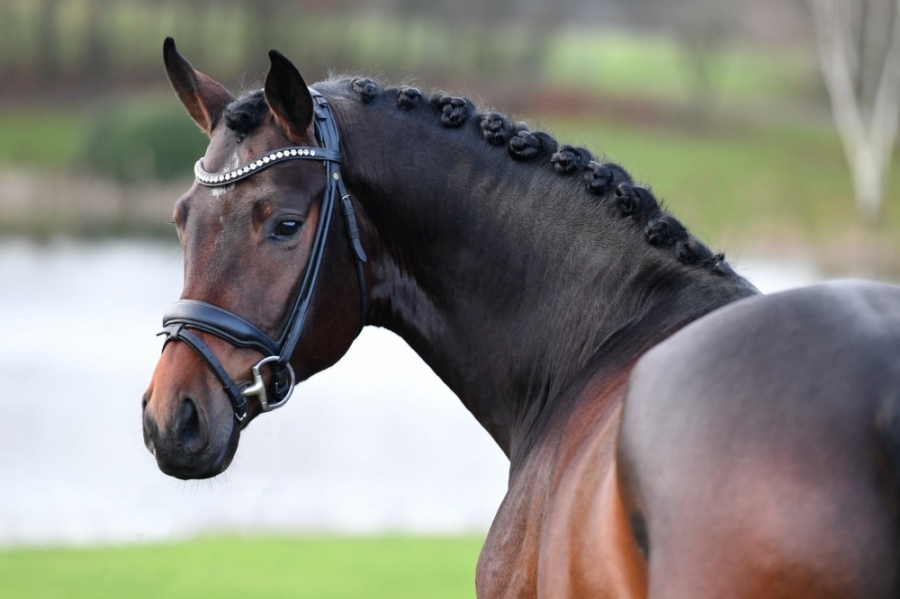 Earlier this year Andreas Helgstrand and Patrik Kittel announced their new partnership: the Swedish rider has been entrusted with horses from the Helgstrand stables for both sporting and commercial purposes. As part of this collaboration, the five year old stallion Rockabye S moved from Denmark to Sweden and joined the stables of his new rider.

Rockabye S's dam's sire Belstaff was Reserve Champion of Hanover and Grand Prix winner at the CHIO in Aachen under the saddle of Betina Jaeger. He placed seventh in the team competition at the 2018 Tryon World Equestrian Games under Danish colours. Rockabye's origins suggest that he is preparing for a bright future...!

Rockabye S has received remarkable marks from the outset, particularly during his performance tests and the German Championship: 9 for walk and trot, 10 for canter, 9.5 for handling.

He was Reserve Champion in the German 3-year-old championship in 2020 with a total mark of 9.2. As a 4-year-old he finished 6th in the Danish Championship under the saddle of rider Anne-Mette Strandby Hansen. In 2022, he competed in Denmark and finished 3rd in a national event for 5-year-olds (behind Iron and Freddie Mercury). He will now be ridden by the Swedish multi-medalist Patrik Kittel.

Rockabye S is available in frozen semen, in France and internationally. Click here to discover his details.