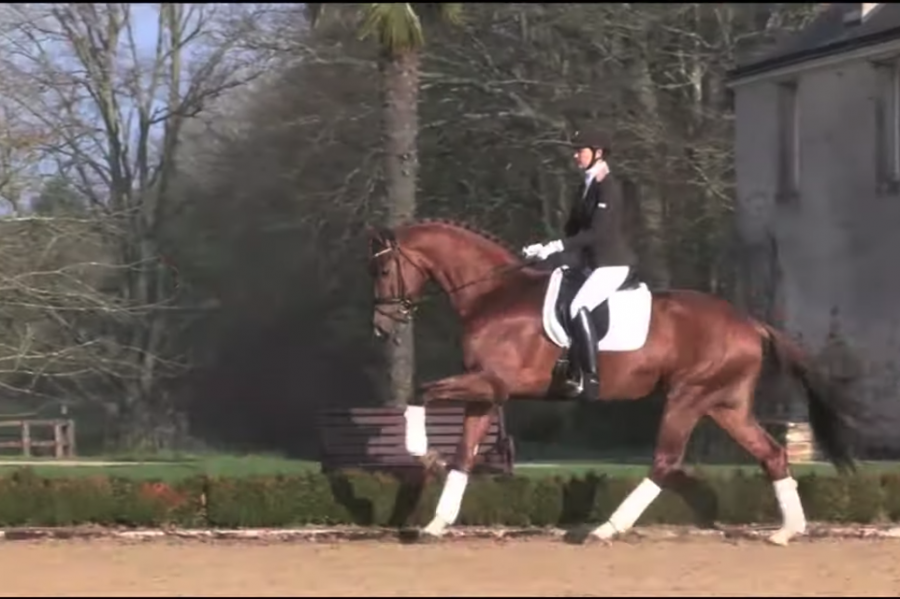 The dressage world is in shock. One of the great rising stars of the dressage scene, who was to take the Haras de Hus and Jessica Michel-Botton to the very top level, has passed away.

At the age when Totilas was wowing the crowds at Windsor with scores in excess of 90%, Don Juan de Hus, the extraordinary chestnut KWPN stallion, bowed out, much too early... at 9 years old.

The team and his entourage were in disbelief... His rider paid an emotional tribute to him on social networks: "... A part of me is destroyed and left with him". His owner, Xavier Marie, also expressed himself in a press release which he ended with these words: "The horse gods are in mourning, and I am crying".

Owner, riders, grooms, nobody could have expected such a quick and unexpected departure. Don Juan was hospitalised in the evening after the onset of colic symptoms. Then everything went very fast and a few hours later he had lost the battle. At this stage, while awaiting the results of the autopsy, the dreaded grass disease seems to be to blame.

With this death, very promising sporting prospects have disappeared: at 10 years old, Don Juan de Hus mastered the movements of the Grand Prix and was due to make his official entry at the beginning of 2018. The entire Haras de Hus team admired this exceptional horse who was to take them to the Olympic Games and make dressage history.

As fate would have it, his death came barely 24 hours after Don Martillo's consecration at the World Championships in Ermelo. Don Juan is undoubtedly gone too soon, but there is still the hope that his descendants will be remembered for a long time to come...

Let us remember... Don Juan is a sensation for the first time at the age of two: