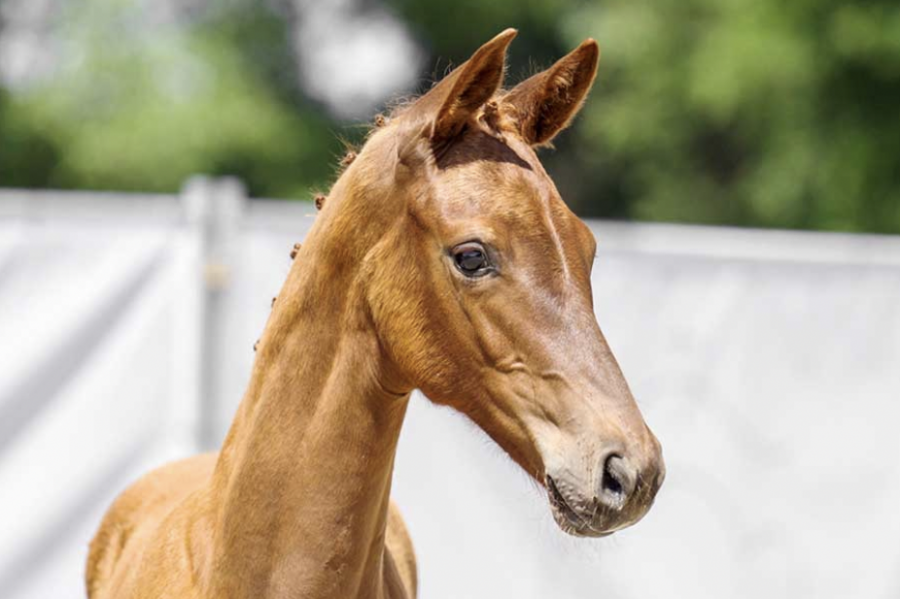 On the evening of July 11, an online auction organised by the Westphalian studbook was concluded, during which no less than 31 dressage foals of prestigious origins were presented.

Lot N°1, a filly called Vamos Amigas, won over the buyers and was sold in Germany for the very nice sum of €111,000. There is no doubt that Vamos Amigos' full sister will have all the qualities necessary to evolve and win at the highest level!

Vamos Amigos, winner on the 5* circuit

The bay gelding, full brother to the filly, began his international career less than two years ago under his current rider, the Danish Cathrine Dufour. The son of the stallion Vitalis and Hot Shot (Blue Hors Hotline), despite his young age and his little experience, has a good record of success: out of 8 events run in 2022, he won 4 and finished 2nd 3 times. In particular, he distinguished himself on the 5* track in Aachen at the beginning of July by winning all the classes in which he took part! A promising start for the 10 year old gelding who may take part in his first World Championships in Herning in a few weeks time...!