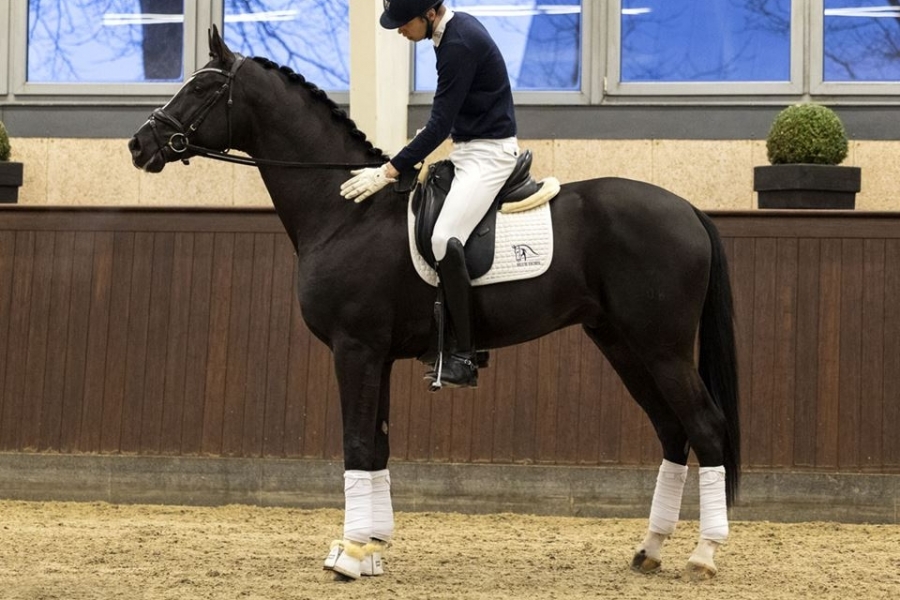 The news was announced a few days ago: the Blue Hors stallion Florent was sold to Pangea Farm at the Blue Hors Autumn Auction for €39,000.

Promising debut for the black stallion

The 1.74m Hanoverian stallion, born in 2018, is a son of Floriscount and Donna (by Desperados x Wolkentanz I x Wiener Star). He was born to ZG Pudenz and Frühling and was first owned by the Marbach Stud before Blue Hors bought him.

He was approved for the DSP studbook at the approval in Marbach in February 2021. Florent had the second highest score at his 50-day performance test in 2021 in Adelheidsdorf (GER), finishing on a total of 9.0 points including 8.75 for dressage and 8.65 for show jumping. He competed twice in Germany under Lukas Maier in 2021 as a three-year-old.

Blue Hors Florent will soon join the Pangea Farm stables in Canada, with David Burke. He will work alongside other top dressage stallions such as Dannebrog, Vilancio, and most recently, acquired in spring 2022, Feinrich (previously owned by Paul Schockemöhle).