Dressage stallion Iron has been sold! 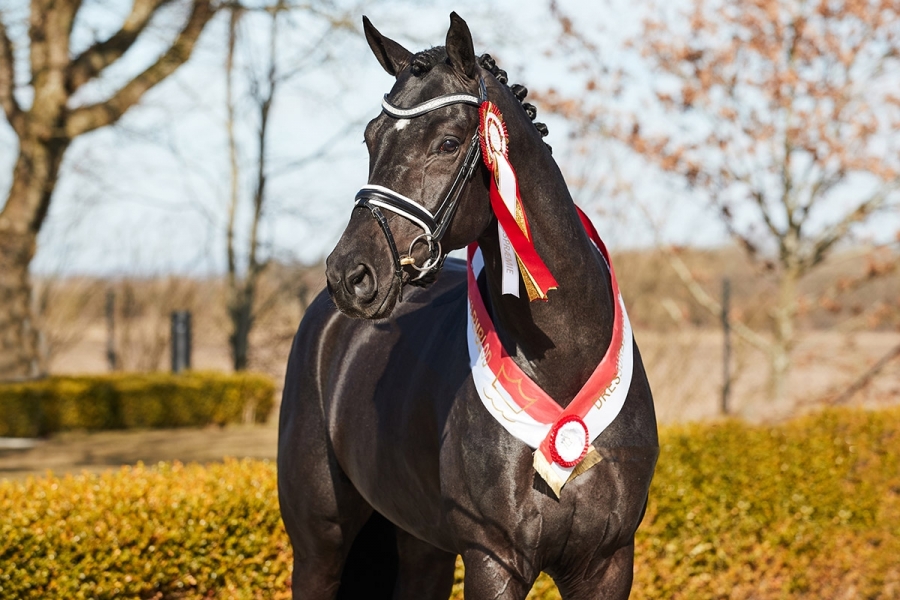 Annabella Pidgley: the ambition of the top level

Already owner of Gio (the gelding who won bronze and silver medals at the Tokyo Olympic Games under the saddle of Charlotte Dujardin), Sultan des Paluds (who already competed at Grand Prix level in the Netherlands), Espe (daughter of Escolar trained by Cathrine Dufour) and Vamos Amigos (World Team Champion and World Individual Reserve Champion in Herning), the Pidgley family continues to invest in Annabella Pidgley's sporting success with the purchase of the young prodigy Iron. Thanks to the partnership between the Pidgleys and Cathrine Dufour, Iron (as well as Espe and Vamos Amigos) will start his training towards the top level under the saddle of the champion, in order to be prepared in the best conditions for the very young (only 17 years old!) Annabella Pidgley.

A bright sporting future for Iron

A young prodigy born to Danish rider Michelle Vicki Nedergaard, Iron has everything it takes to reach the top level. He won the title of reserve-champion of his approval in the Oldenburg studbook with a score of 894.5 points and a canter mark of 9.0. In 2022 he was ridden and shown a few times by rider Mette Sejbjerg Jensen. The stallion will now concentrate on his sporting career and will no longer be available for breeding.