The official selection for the World Championships for Young Horses in Ermelo is out. Here is an overview of the stallions listed on FoalR that will take part in the Championships! 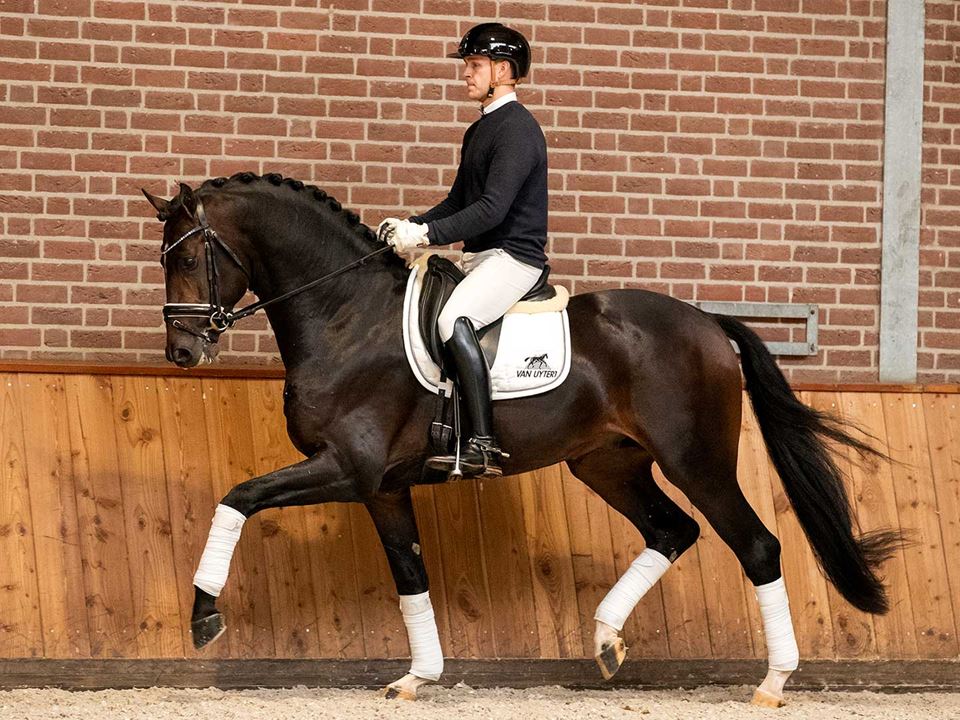 This KWPN stallion is a son of the three times Young Horse World Champion Sezuan, out of a dam by Blue Hors Romanov. Approved in the Hannover, Oldenburg and DWB studbooks, he finished 3rd in his KWPN performance test. In 2022, he won the Pavo Cup for 5-year-olds alongside the rider with whom he will start the Championships in Ermelo. 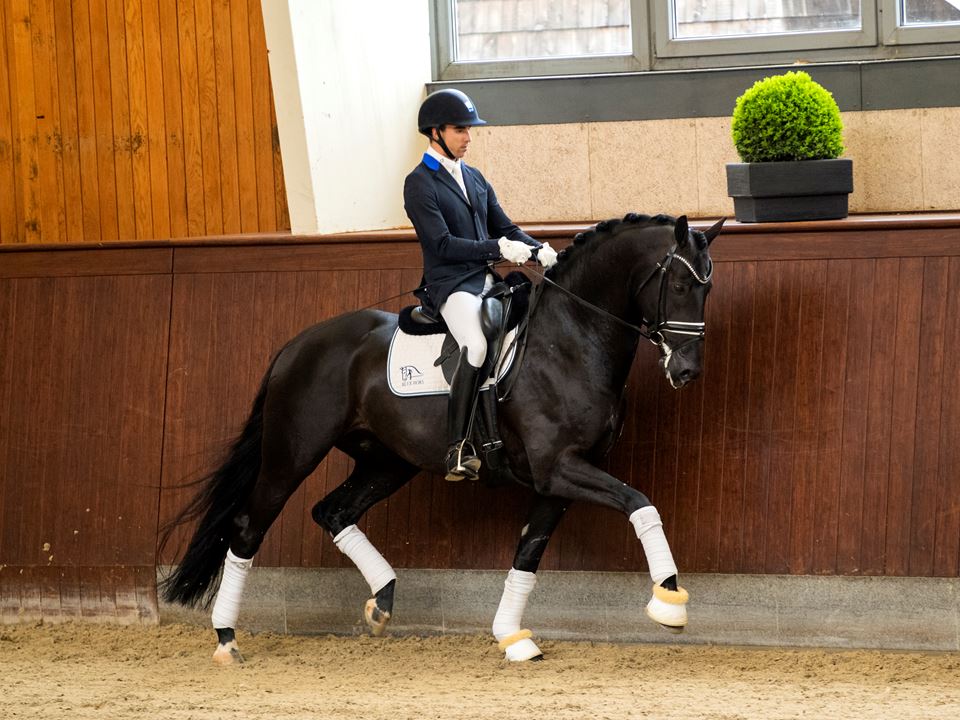 Zackorado's sire, Blue Hors Zack, has produced, amongst others, the triple World Champion Sezuan. His dam is Roxanna, a daughter of Florencio I.

The 6 year old stallion spent his double breeding and sporting season in Great Britain. He performed well there and qualified for the World Championships, in particular thanks to his victory at Hickstead in the 6-year-old horses class, with a 96.6% score. 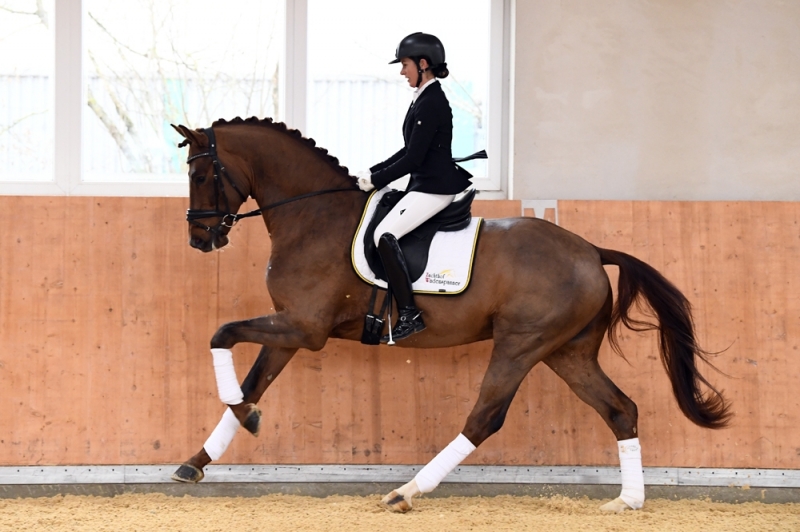 DSP Va Bene is a chestnut stallion, owned by Zuchthof Wadenspanner, who will be competing at the World Championships for 6 year olds with rider Johanna Wadenspanner.

DSP Va Bene is a son of Veneno (by the well-known Vitalis, sire of the Herning World Team Champion Vamos Amigos) out of a dam by Bellissimo M.

At the South German Young Horse Championships in July 2020, DSP Va Bene was runner-up for the South German 4-year old stallions (dressage oriented) with 86%. In the same year, at the Bundeschampionate in Warendorf, he took 7th place in the 4-year-old stallion final. 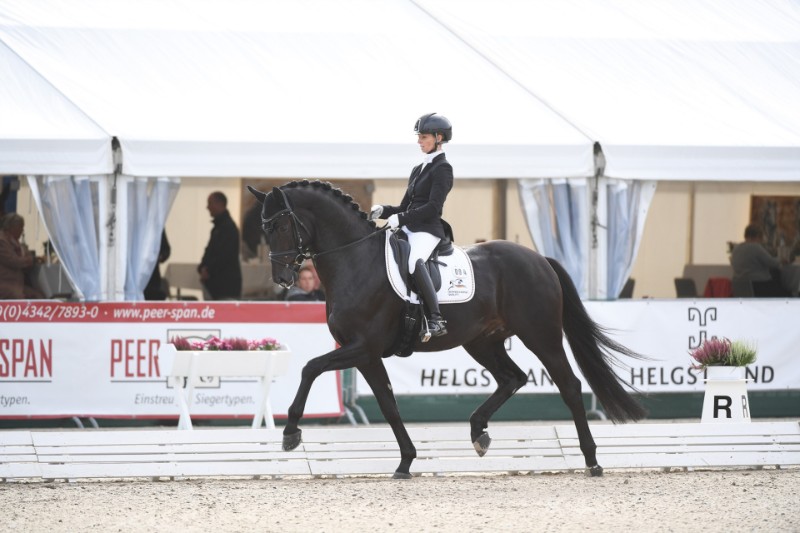 Global Player, owned by Helgstrand Dressage, will be competing at the World Championships for 6 year olds alongside German rider Eva Möller.

This black stallion is a son of Grand Galaxy Win (a son of the famous Apache) and out of a dam by the champion Blue Hors Don Schufro. Global Player already has a remarkable track record for his young age: champion of his Oldenburg studbook approval in 2018, he was awarded the Danish studbook approval in 2019, was runner-up in the German 4yo Championships in 2020 and finished 4th in the 5yo World Championships in 2021. 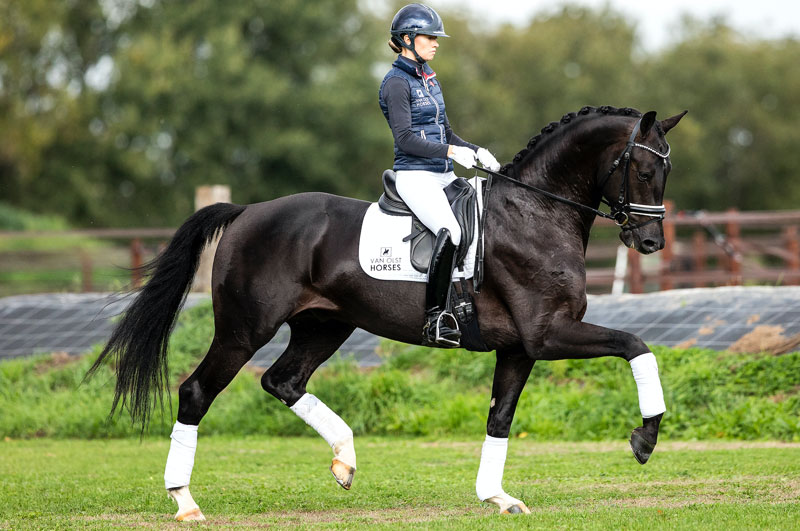 The stallion Kjento, owned by Van Olst Stables, will be competing at the World Championships for 7 year olds under the saddle of rider Charlotte Fry (recently double world champion in Herning with the stallion Glamourdale).

The stallion will be eagerly awaited at the World Championships as he won the 2021 title in the 6 year old category.