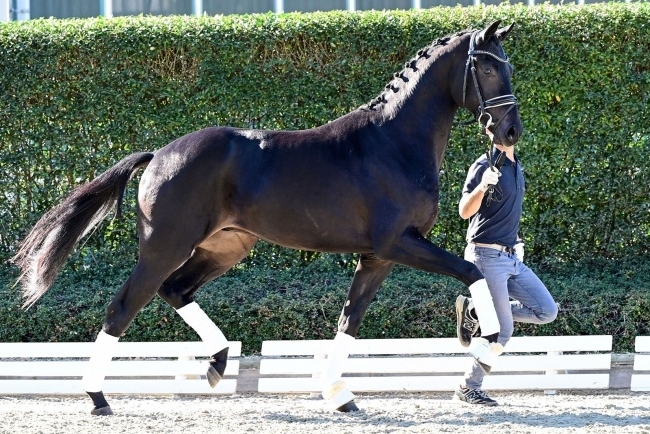 A few days ago, Paul Schockemöhle organised an online auction for two-year-old males. A total of 16 young stallions were presented. Among them were sons of well-known dressage stallions such as Fürstenball, Glamourdale, Fynch Hatton, Totilas, Sezuan, ...

Lot no. 16 was the stallion who reached the biggest enthusiasm from the buyers on 15 November 2022: the son of Fynch Hatton out of a dam by Vivaldi was sold for €118,000, far from the second sold for €75,000. The dark bay male thus left for the Netherlands (a country that bought no less than 5 horses on this night).

Fynch Hatton's foals were very successful, as the second best seller of the evening was Fysal PS, a son of the German 4yo champion, out of a dam by Vitalis. Sold at €75,000, the chestnut left Germany for Luxembourg.

A French buyer for Zundance PS

Lot 6, a 2-year-old Oldenburg male by Zonik and Foundation, was sold in France for €41,000. He is from the same maternal line as Found Boy.