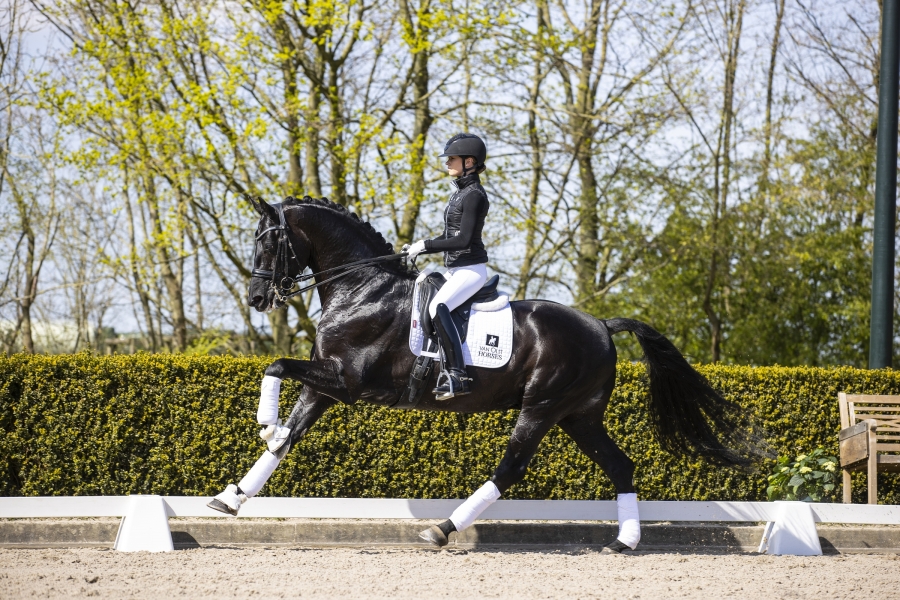 Opglabbeek welcomed the dressage riders on this first weekend of April for a CDI 4*: despite the bad weather, the riders made the trip as no less than 44 of them participated in the 4* label.

And Glamourdale won the Grand Prix, and with style! Under the saddle of British rider Charlotte Fry, the 11 year old stallion by Lord Leatherdale x Negro beat the Swedish Patrik Kittel associated with Fuhur 6 by almost 3 points and beat his own personal record with a final score of 77.69%. A great start to the season for the stallion who has been performing consistently since his young age: champion of the 3-year old stallion test in 2014, reserve champion of the KWPN performance test the same year, 7-year old world champion in 2018... The future looks more than promising for this dressage stallion of the Van Olst stables!