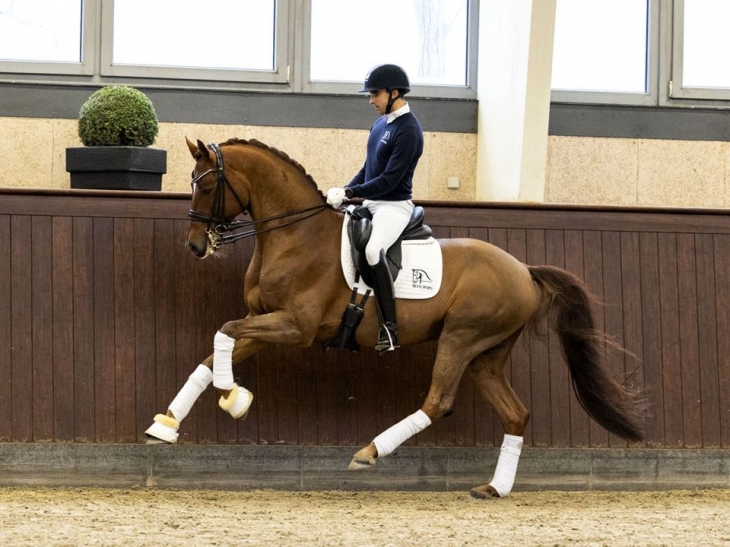 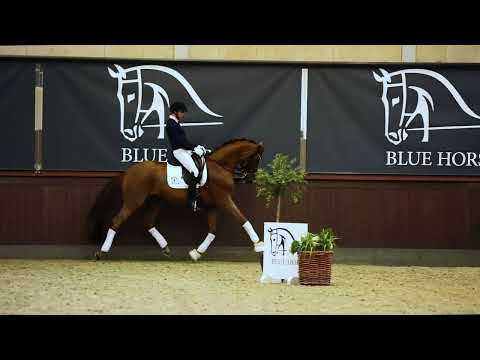 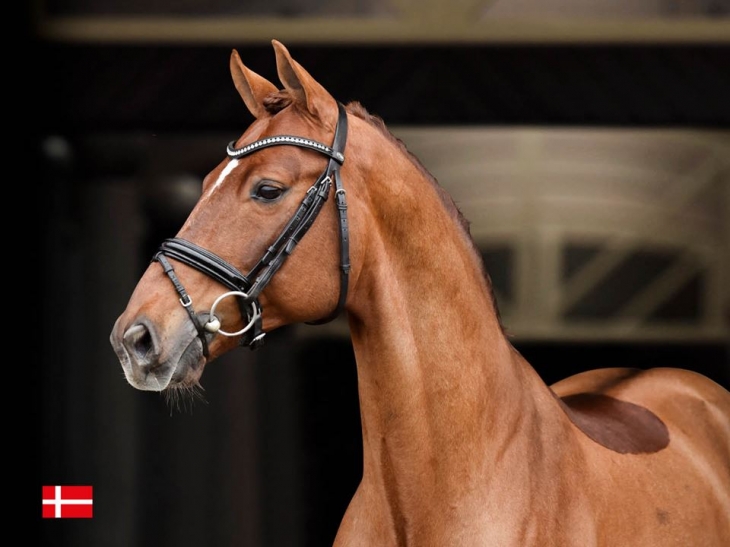 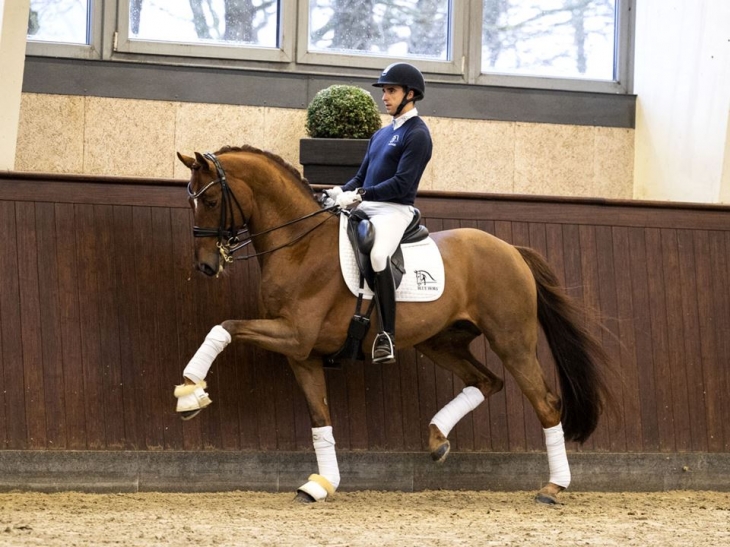 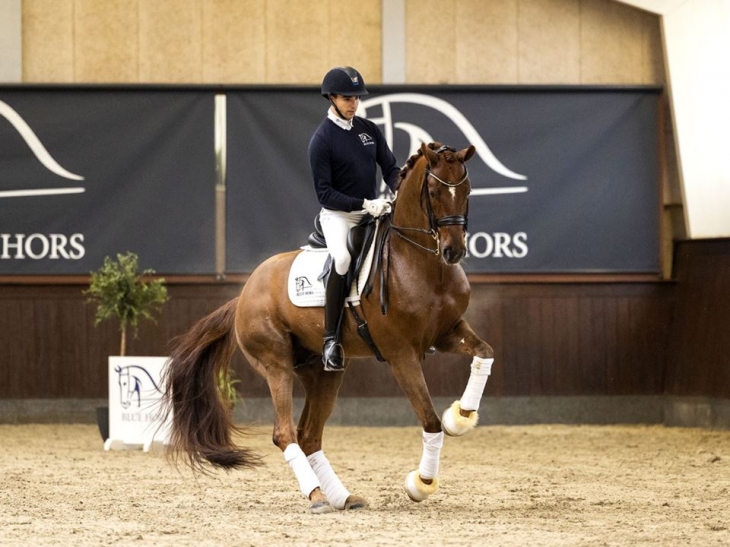 Baron is a son of Benicio and Snoopje (by Sir Donnerhall I).

His sire, Benicio is a beautiful stallion. After his approval, Benicio was stationed in South Africa to serve as a dressage breeding stallion for Callaho. Two years old, in 2011, convinced by the high quality of his foals and to do justice to his extraordinary potential, he returned to Germany to be professionally trained by Anna-Sofie Fiebelkorn, and get his full breeding approval for the Hannoveraner studbook. In Germany, Benicio won the German Bundeschampionat at 6 years old as well as his stallion performance test in Schliekau, with perfect scores of 10 in walk, trot and canter. His final score for the dressage section, 9.88, even surpassed his sire's and was the highest score ever achieved in a stallion performance test.

Benicio's sire, Belissimo M, is a renowned stallion, famous for passing on his good temperament, his rideability, and his beautiful head. He has competed at the highest level himself and his offspring include Bella Rose, who was part of the German gold medal team at the 2014 World Equestrian Games, and 3 approved grand prix stallions Biedermeier, Bestseller Royale and Barclay 20.

Baron's dam sire is Sir Donnerhall I, he is one of the best sires in Germany. A son of the great Sandro Hit, Sir Donnerhall is the sire of the two-time world champion young horse, His Heart (2012 and 2013), who was sold for a whopping €2.3 million at the 2012 PSI auction in Germany. The only horse to have exceeded this price was Sandro Hit's daughter Poetin, who sold for €2.5 million in 2003. His son Sir Heinrich was Oldenburg four-year-old champion and Bundeschampionat runner-up, while Stanford was a three-year-old stallion bronze medalist. Sir Donnerhall himself was Bundeschampionat champion at 5 years old and World Reserve Champion Young Horse.

Baron began his career in Denmark in the spring of 2016, where he gained his approval at the Danish Warmblood at the stallion selection in Herning. Following on from his selection, he then passed his 10-day test, just as he also passed his 35-day test in autumn 2016. In the spring of 2017, he received his final approval in Herning, where only three other 4-year old stallions besides Baron have received their final breeding approval in Denmark.

The stallion is a member of the Danish National Stud.

On all occasions, Baron convinced the judges and the public with his great handling, excellent mind and three excellent gaits.

Baron is the sire of several award-winning mares and stallions, such as the Hanoverian stallion Bachelor and the mare Bonsai (Baron - Royal Classic - Wolkentanz II), bred by Irmgard Schmidt and awarded the title of champion mare and "best mare of the day" by the Hanoverian Association at the mare competition in Grindsted with marks of 9 for walk, 9 for trot, 10 for canter, 9 for rideability and 9.5 by the test rider.