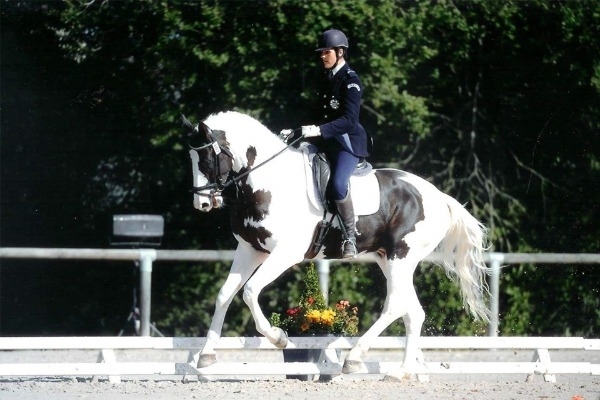 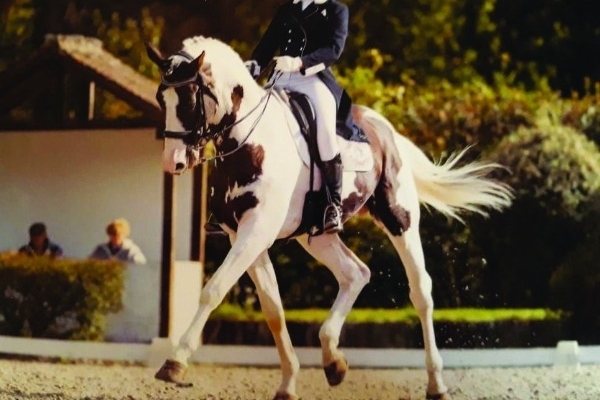 Bretzel is a son of Wordly, a Hanoverian Label Plus dressage stallion who turned out at a high level before devoting himself to his breeding career at Haras de Hus. Wordly is out of Weltmeyer, considered a sire of dressage, and Boreisa by Brentano, who is himself considered the second best low strain in dressage.

She is also the granddaughter of Hofnar, an international dressage stallion.

His origins, combined with his suppleness, beautiful balance, strength and short back make him an interesting stallion for show jumping and dressage. His gaits are characterized by a rising canter and an elastic trot.

Associated with Peggy Touzard, he obtained 11, 13 and then 15 first premiums in Cycle Libre 1st, 2nd and 3rd years. He placed 7th in the small final at 4 years old and 6th at 6 years old.

In 2018, he performed in Elite Amateur from A10 to A6, including some first places before placing and winning in Pro Elite in 2019, in Saint Georges and Grand Prix. He qualified for the Elite Amateur Championship.

In 2020, despite the coronavirus, he competes in Saint Georges and Grand Prix Elite of which he comes out the winner before placing 3rd in the Elite Francilien Championship and the Elite Major Championship.

Bretzel is a stallion with a lot of power, energy, balance and flexibility. He produces with great underbelly, compact patterns and passes on his good applied character.