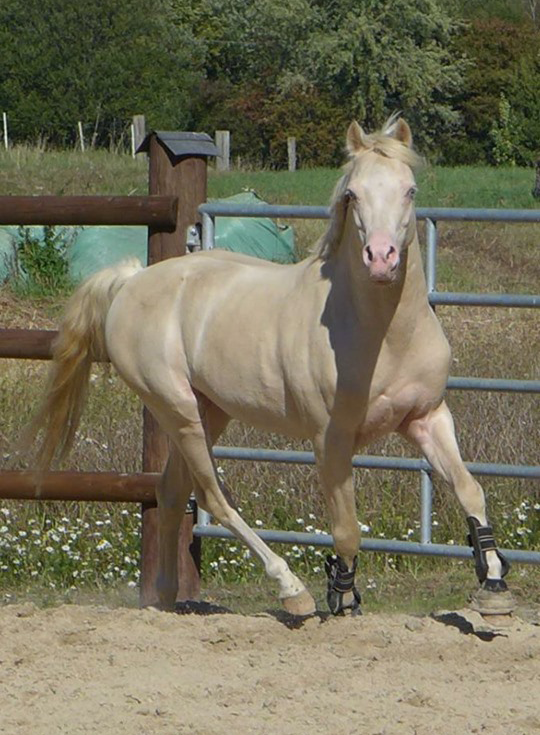 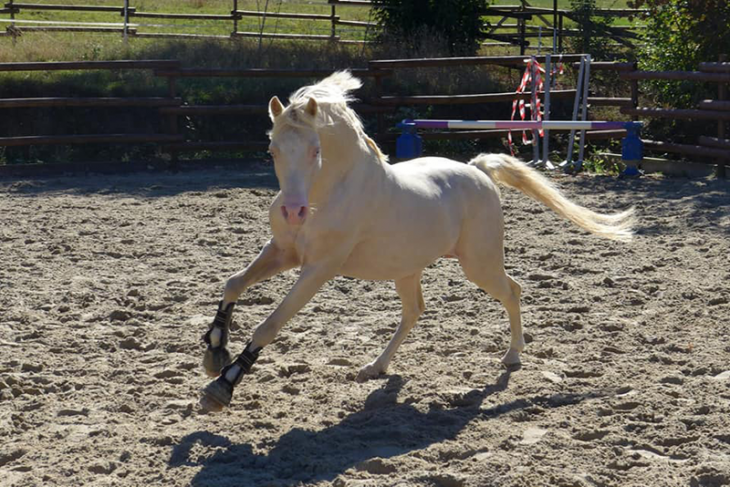 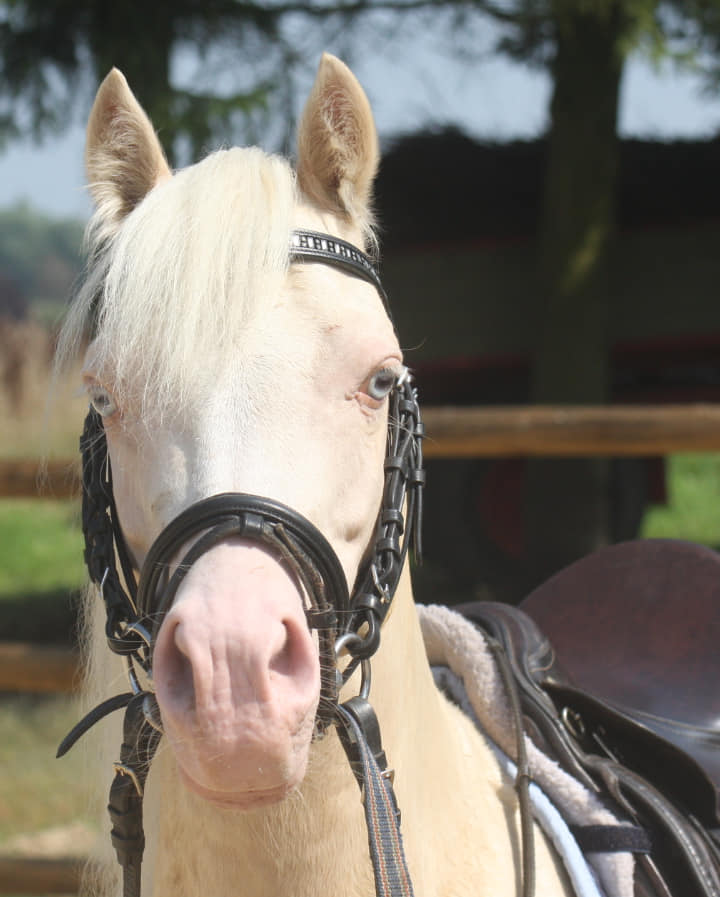 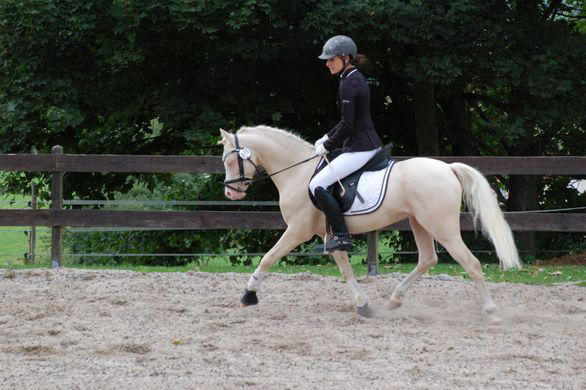 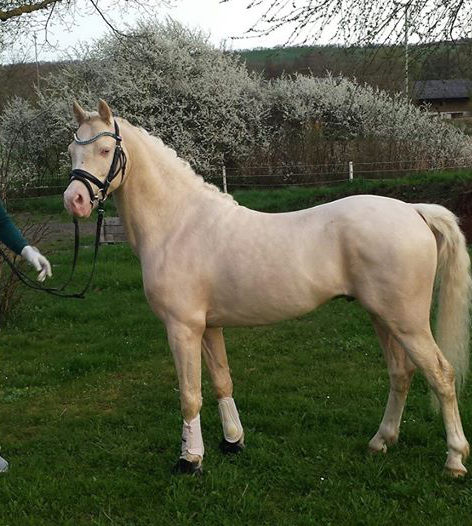 Ideal in crossbreeding with horse mares (SF, Warmbloods, Lusitanians...) or pony mares out of odds, Sir Ivanhoe has been crossed a lot in Germany with this type of mares in order to bring chic, suppleness and lighten the models without denaturing the qualities of gaits.

His sire, Boston Bonaparte, exported to the Netherlands, has won numerous WPCA titles. He is the sire of several stallions (Cadlanvalley Landlord, Pillheath Pick Pocket, Cadlanvalley Royal Keeper or even Woldberg Leonardi, Boston B and Oreon de Tijd Vlijt, approved in Germany) and several Show winners such as Cadlanvalley Carolina (Matthew Williams Cup winner at the RWS, dam of the stallion Feyrwak des Bertaines) and competitors like Cadlanvalley Serena (IPC 139/12) and Cadlanvalley Buttercup (IPO 139/14).

Her dam, Newtonhill Kerry, is a daughter of Newtonhill Naughty Boy Charlie, a Show winner and sire of several stallions (including Royal Welsh Show winner Cadlanvalley Georgie Boy), both of whom are "Cadlanvalley" breeding stock.

Cadlanvalley Sir Ivanhoe was approved in Germany (DSP) in 2017 at Alsfeld. In his stallion performance test, which he won in 2017, he received his final approval with a score of 7.7 including 8.5 in free jumping. He is labeled a "Performance Stallion."

The first crop of foals by Cadlanvalley Sir Ivanhoe was born in 2015. He is notably the sire of Golden Celebration, winner of the Welsh Part-bred class at St Pölten in Austria.

It is to be preferred with large mares (horse, pony off the ground or maxi D), from which one wishes to bring chic, a good front orientation and suppleness, while reducing the size. He has indeed been crossed a lot with warmbloods in Germany with success.