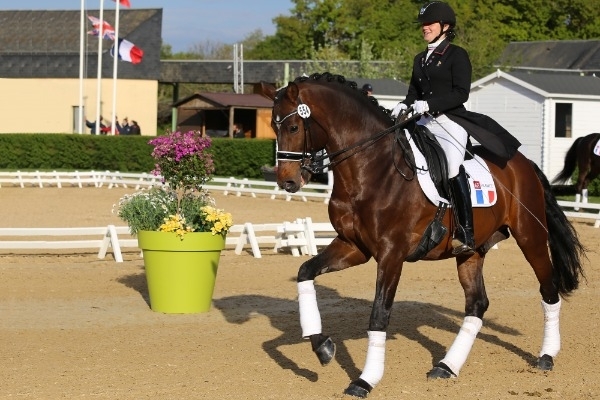 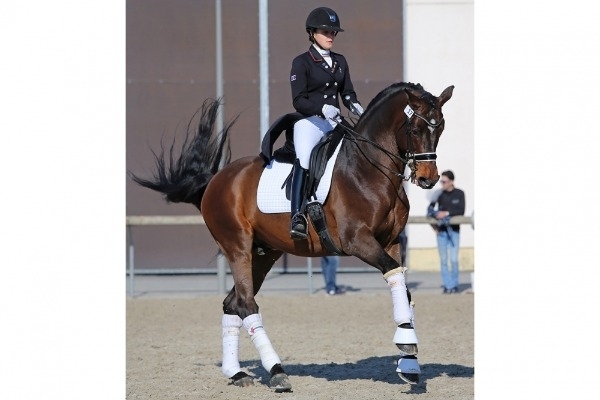 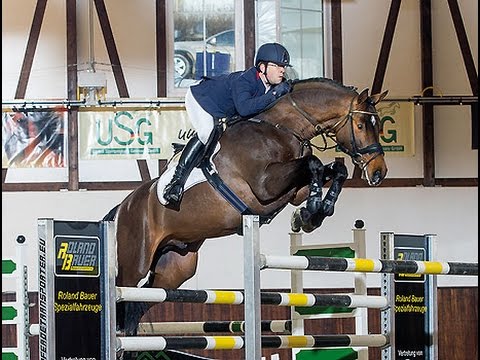 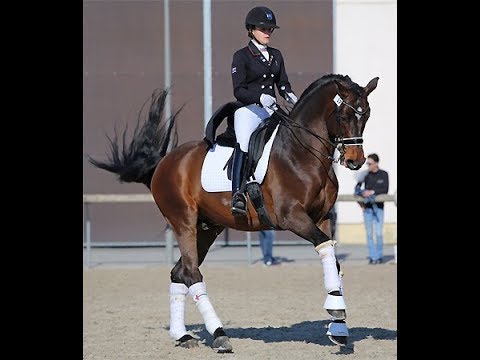 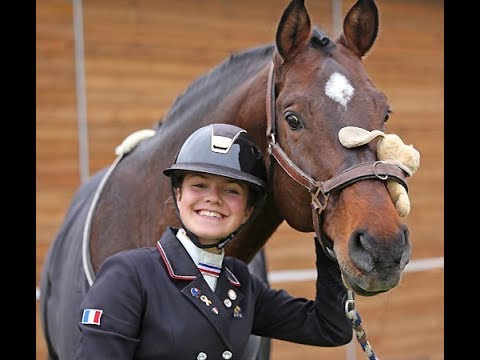 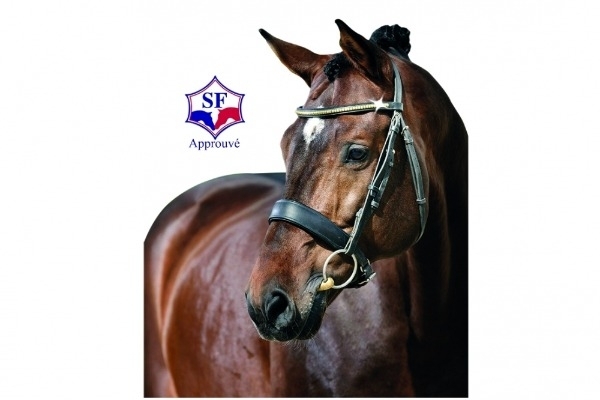 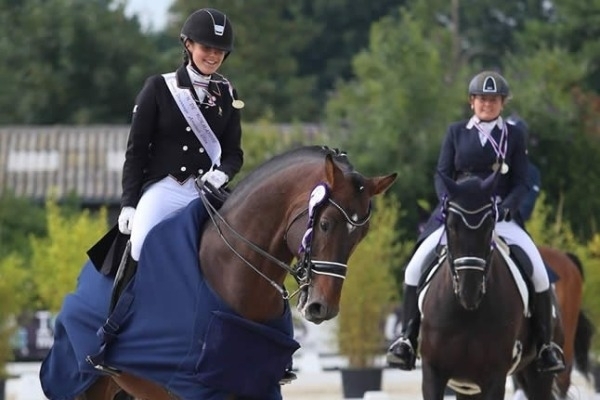 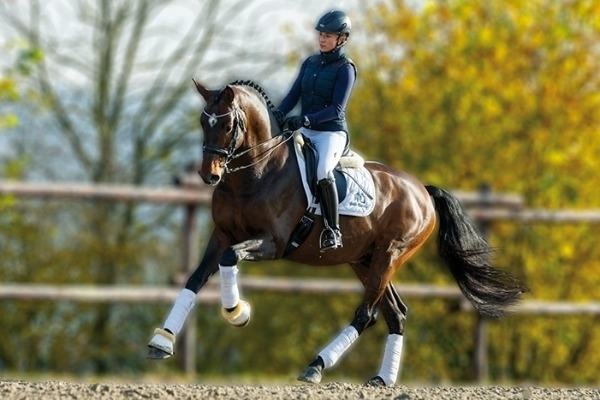 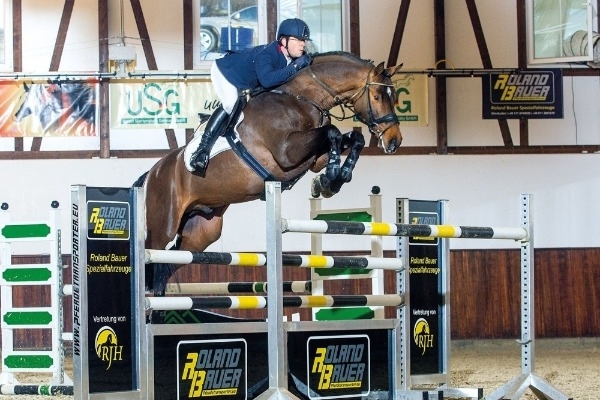 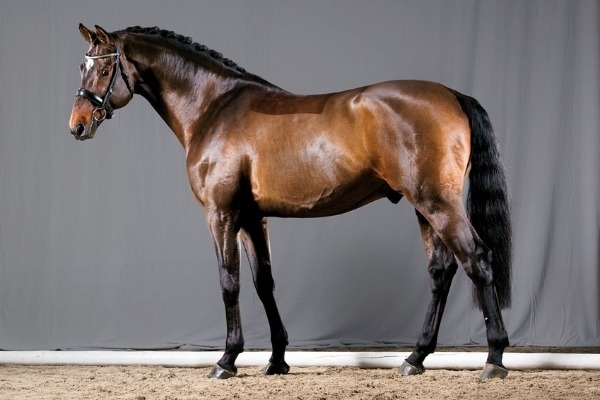 Cassitano is a stallion with size, a sporty model, with beautiful proportions and a lot of charisma: he was among the most beautiful models at the Holstein stallion admission in 2008.

His three gaits are extraordinary and explain why he was bought by the Gestüt Tannenhof even before the auction. We can notice Cassitano's qualities in his galloping and jumping: always alert in every phase, powerful in reaction, he shows a lot of technique and strength! His genetics oriented for jumping are impressive: with De Cento, half-brother of Casado and the internationally known stallions Briscar and Carthago. On his mother's side he descends from Ladalco, Caracas and Waterman. His great grandmother, Wonne VI and the stallion Koninspark XX produced the well-known stallion Kilian.

The Holstein 2049 line also produced the half-bred stallion, Feuerback and the internationally known jumping horse, Ilona, under the saddle of Herman Schridde.

Cassitano comes from the direct line of the mare Ilona.

So he has an interest in producing horses for jumping, but he is also interesting for pure dressage as he has so many qualities for this discipline: Strength, supple gaits, Energy and an Excellent Character. Nowadays, many dressage horses also have jumping blood.
He was competing until 2016 at Intermediate I level in Germany. Stationed in France, under the saddle of the rider, Eugénie Burban, Cassitano is Champion of Normandy, level St Georges, in 2017 and 2018, ranked 3rd at the CDIO of Saumur in 2017 and 3rd on the Inter II of Le Mans in 2019 . We also recommend him for the production of eventing horses. His production, highly sought after for eventing and sold at 3 years old before breaking in.

His sire Casado is a Holsteiner stallion who has sired several offspring who have won in show jumping, such as Cosima 213 in CSI2* and Cordalis 7 in CSI5*. He also has offspring that have won in CCI, such as Wanskjaers Carlsson in CCI4* and The Apprentice in CCI3*. Her sister is the dam of Nekton.

His paternal granddam Viola XI, a Holsteiner mare, has produced a large number of offspring - including the KWPN stallion Zento, the Holsteiner broodmare Riola and the CSI 1.60m Holsteiner stallion Cento.

His paternal great-grandsire, Caletto II is a stallion who was crowned Champion of his stallion license in 1980. He is particularly known for his tremendous jumping technique which has led to several wins. He was ranked 16th in the 1990-2000 rankings. His progeny include Classic Touch, a mare who was Individual Champion at the Barcelona Games when she was 8 years old. Also included is Caretino, a stallion who has performed at the international level.

Her great-granddam, paternal Lady Legende is a holsteiner mare who has notably produced Charmeur, who has evolved at national level, and Chanelli, who is a holsteiner broodmare.

Her dam, Miss Marple 4 is a holsteiner mare who notably produced the stallion G.

Her maternal great-granddam, Wonne VI has notably sired Chamacoco, who competed in CSI 1.30m, Rossana, dam of Contador who was a CSI 1.30m winner, and Konigspark XX.

Cassitano is a bay stallion who scored wonderfully during his stallion test as a 3 year old at Neustadt. Indeed, he obtained the marks of:

The following year, during his stallion test at Adelheidqdorf, he affirmed his potential by once again achieving outstanding marks.

In 2014, he competed and was placed in numerous events in Intermediate I S* and Intermediate I S**, including Isernhagen and Mainz-Bretzenheim where he was crowned Winner, as well as the events at Langener Dressurturnier and Isernhagen where he took second place. In the same year, he was also placed several times in the St Georges S* event. In particular, he took first place in Neu-Anspach with a wonderful score of 70.080% and in Dressurturnier Altenkirchen with a score of 71.500%. He also won the M** event at Dressurturnier Wiesbaden-Erbenheim in Germany.

In 2016, he was placed in Wiesbaden-Bierstadt 3rd in the Prix St Georges Special S* and 4th in the St Georges Level S*.

In 2017, he was selected numerous times for the French Team. During the CDIOJ in Saumur, he obtained the 3rd place by team in the Nations Cup and was selected on the CDIJ 3* and 5* in Compiègne. That same year, he was also placed in the Junior B2 Preliminary and Junior B1 Grand Prix events, notably taking second place in Le Mans. He won the A6 St Georges and A7 at St Lo. He was crowned Champion of Normandy Am Elite Youth in 2017.

In 2018, he was awarded the title of Normandy Youth Champion and was remarkably well placed in various A6 and A7 events.

Cassitano is a bay stallion with interest in producing horses for jumping (1m40), but also for producing dressage horses. He has strength, energy, suppleness in his gaits and a very pleasant character. He is also indicated in the reproduction of eventing horses.

Within his progeny are Copacabanna who was approved as a stallion at DSP in 2013 and Khalifa's Wishful Star who was approved at KWPN in 2015. Cassius P is also one of his offspring and is known to have acted in CCI and placed 20th in the World 6 Year Old Eventing Championship in 2016.

His first offspring are 13 years old in 2023 including: