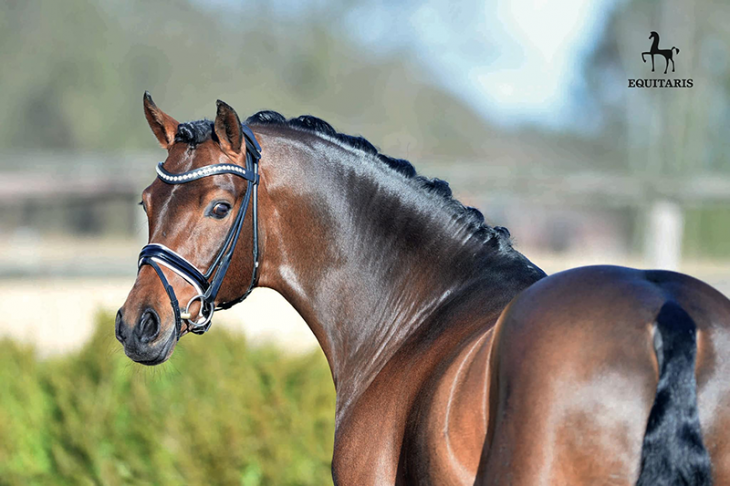 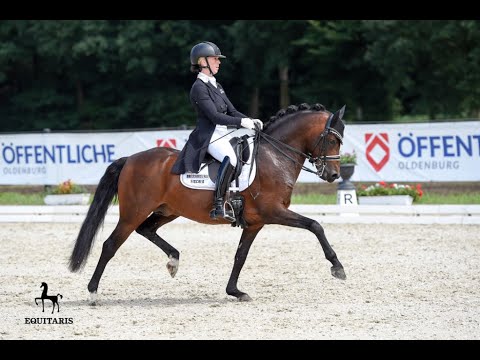 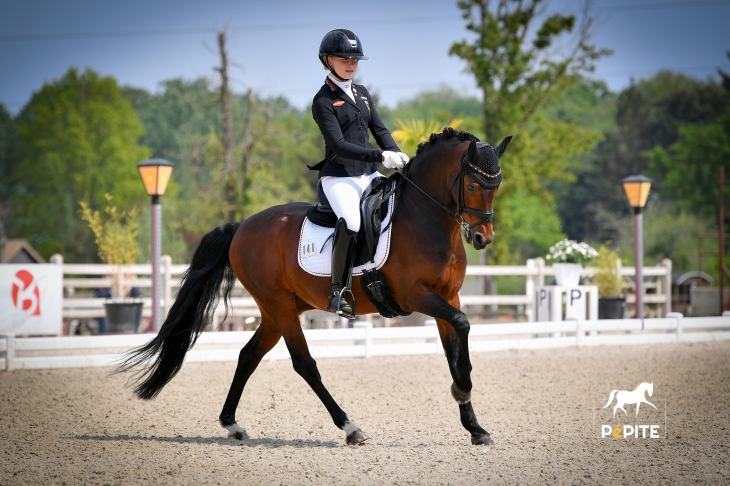 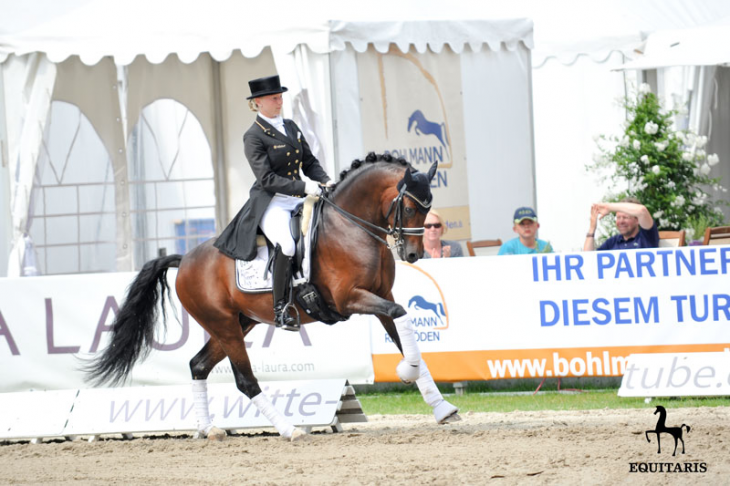 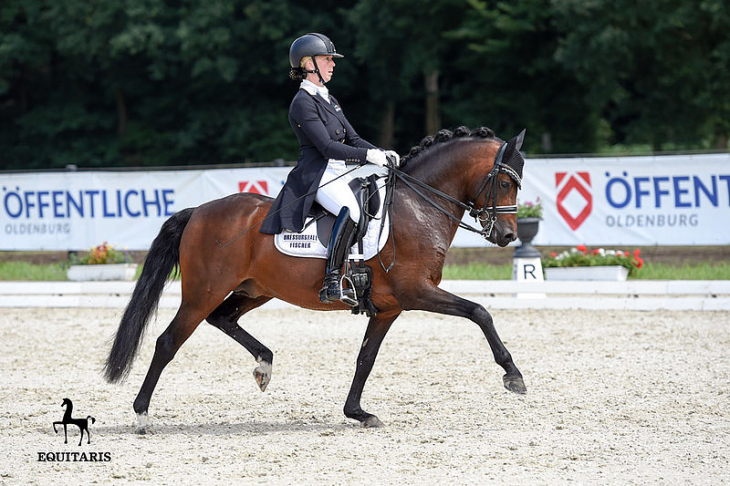 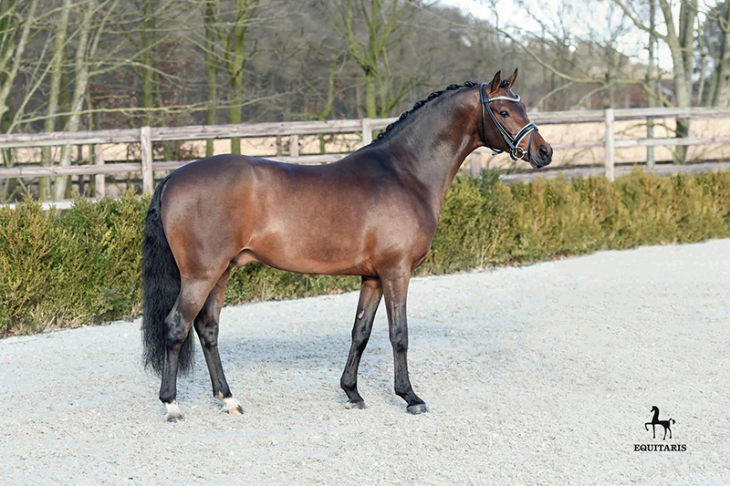 Celebration WE has only been distributed frozen in Germany so far and has a rather confidential production (Germans not being big users of frozen seeds). However, it marks its products with its chic and presence, and willingly bequeaths its energetic looks.

He is a well-built pony, with frame, a very nice orientation, extended by a good topline. He presents a muscular and powerful croup. In his movements, particular attention should be paid to his very good hind leg activity, showing energy and commitment. He offers a very good balance at the canter, very uphill, and a trot of very good quality.

He will cross very well with pony or large mares, from whom one wishes to bring chic, frame, activity, balance and blood.

Celebration WE is a son of Constantin, a true pillar of German breeding, and the origin of many, many top level performance ponies, still today. He is indeed the sire of Cinderella M, classified in CDIP, of the stallion Cyriac WE, sire of the stallions Ceylon WE and Caramel FH (himself sire of Coer Noble). Cyriac WE is also the sire of Coco Chanel S, the dam of three-time German champion Cosmo Callidus NRW.

Finally, Constantin is in France the sire notably of Victorious Constantina SL, holder of an IPD 152 in 2020, making her the best competitor of ponies 7 years old and older for this year.

Celebration WE's dam also produced Clooney WE, a Bundeschampionat qualifier at 5 years old, and Mr Surprise WE, an approved stallion.

Celebration WE is a grandson of Royal Diamond, full brother to Rohdiamant, who both progressed to Grand Prix Dressage. Royal Diamond has sired 7 stallion sons, including Royal Floggensee and Royaldik, and 15 award-winning mares. He is also the sire of internationals Royal Gala, Royal Ulan, Rich Charly II, Rhythm and Dance and Royal Happiness.

Royal Diamond is a son of Rubinstein, sire also of Rubin Star, Robinson, Rafurstinels, Relevant, Ratino H, Rubel, Rubens... all of whom have evolved in Grand Prix Dressage.

We will also find the interesting presence of Pik Bube I.