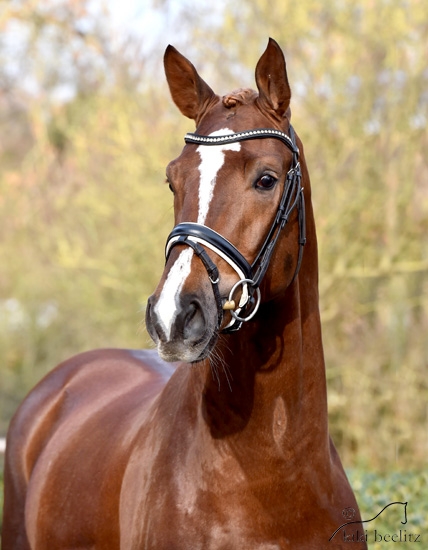 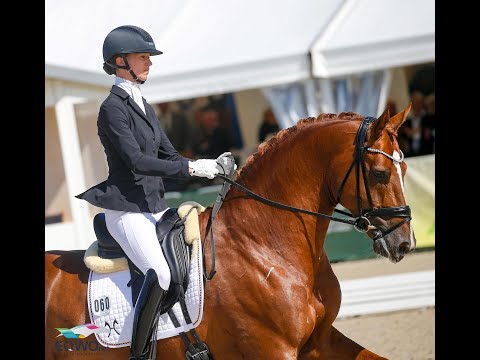 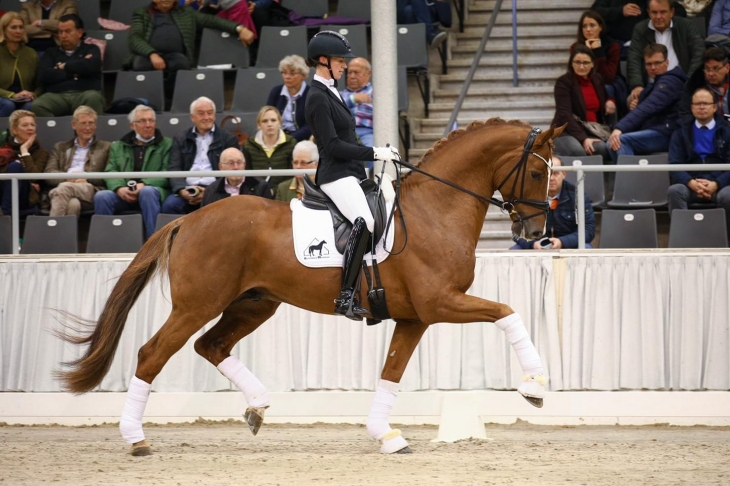 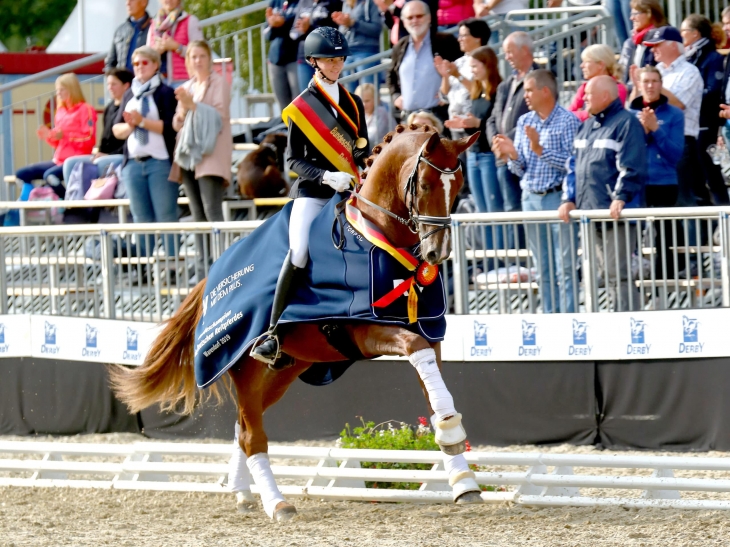 Damaschino is a stallion with strength, scope, suppleness and with a very good mind. He offers elastic gaits, with scope and a very good rhythm.

Damaschino has a very strong maternal line, with the presence of Caprimond, who has evolved in Grand Prix, and Fidertanz. The combined blood of Caprimond x D is also the source of several Grand Prix horses, such as Atterupgaards Cassidy and Du Soleil.

Donaumärchen, the maternal granddam, is the dam of the stallion Donautanz, himself the sire of Daktari FBW, who won the Piaff-Förderpreis with Lisa-Marie Klössinger in 2017 and became European U25 Champion.

Damaschino's dam line is also the source of the stallions Donaumonarch and Donauprints, as well as the Grand Prix dressage horses Donaugold and Destino.

Danone I, meanwhile, is a son of the unstoppable De Niro. Danone has progressed to Grand Prix under Theresa Wahler, and is notably the sire of Olympic-qualified Dante Weltino, S*** winner Desperados, Denina, sold for €270,000 at the Klosterhof Medingen auction in 2010, Delioh, winner of his stallion test in Switzerland,

Danone I, meanwhile, is a son of the renowned De Niro.

He has an outstanding first crop of foals and is already presenting himself as an excellent sire. One of his sons, Dreambay, made the Lower Saxony top price for €70,000 and was one of 8 Damaschino foals to average an incredible €24,750.