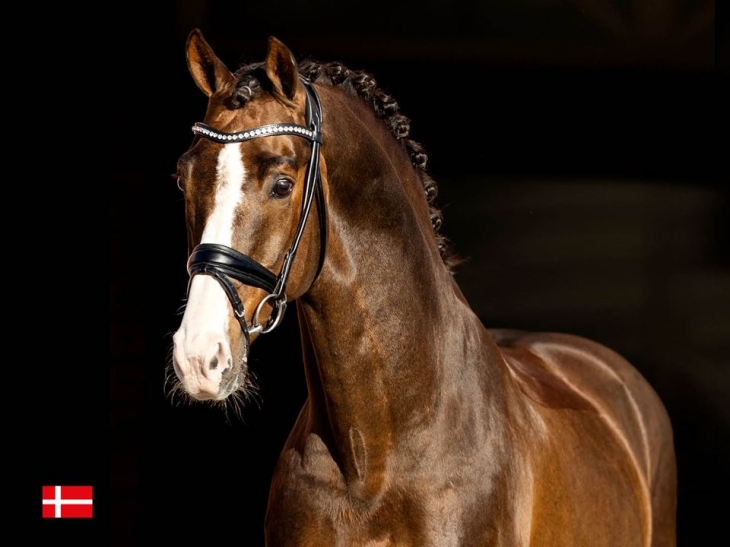 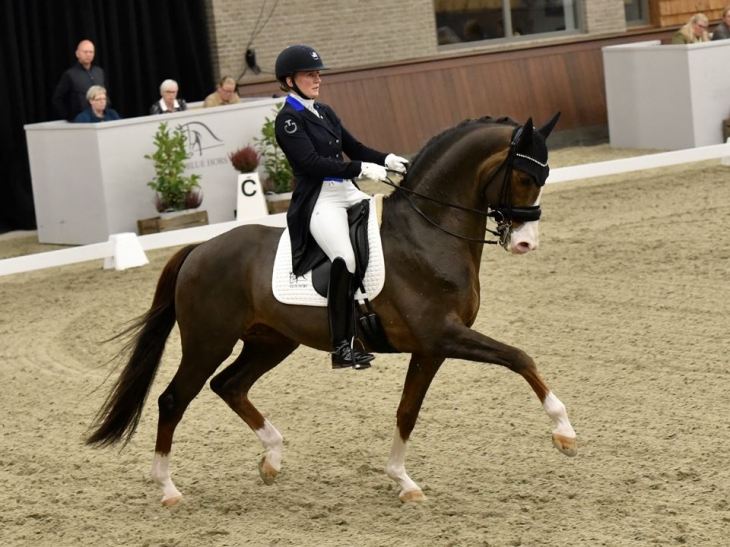 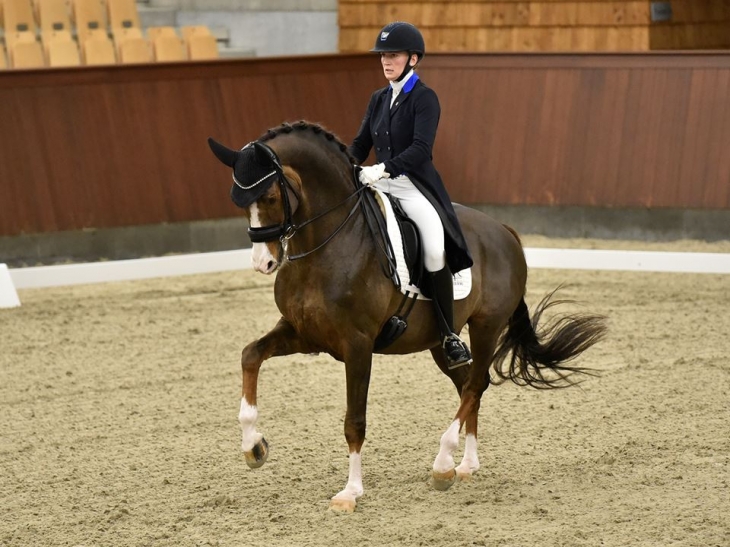 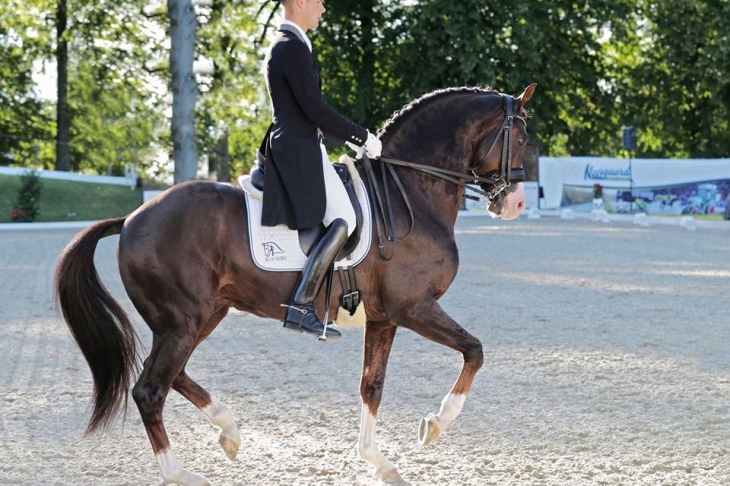 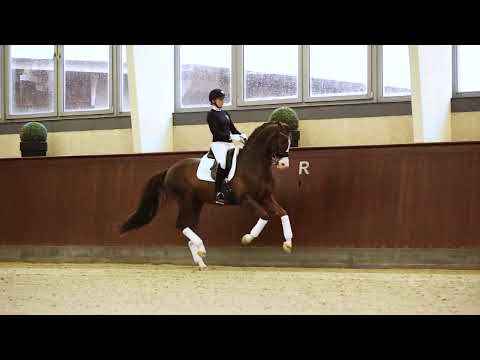 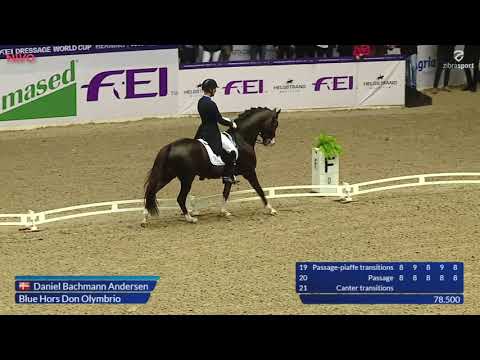 Don Olymbrio's sire is none other than Jazz, who has been a standout performer for many years in the WBFSH dressage stallion rankings. He won the World Cup Grand Prix in Amsterdam in 2001. The following year he competed at the Olympic Games in Barcelona. He was awarded the title of "Horse of the Year" in 2006 by the KWPN. In 2017, he was voted 5th best sire of winners in the WBFSH dressage rankings. Among his offspring are many licensed stallions and Elite mares. In addition, a significant number of his offspring are in the Topsport.

His dam Don Olimbria comes from a recognized Dutch bloodline. This line includes a large number of top level performers including Olympic Babria who was a team silver medallist at the 1996 Olympic Games in Atlanta.

His maternal grandsire Ferro is a stallion who was awarded the "Preferent" label when he was still alive. This label is the highest distinction given by the KWPN Studbook. It is normally awarded to stallions that have passed away. In 2000, he won a silver medal at the Sydney Olympics.

Blue Hors Don Olymbrio passed his licensing in Herning brilliantly in 2011. In the same year he passed his stallion performance test with a fantastic final score of 809 points. In 2012, he qualified for the Danish 4-year old horse championships with scores of 9.2 for trotting and 8.8 for cantering. He won the qualification for the Danish Championships in Middelfart in 2014. At the age of 9 years old he was awarded the title of Elite stallion by the Danish Warmblood Society.

In 2017, Don Olymbrio made his debut in international Grand Prix where he was subsequently placed on various occasions. For example, he was an international winner in Uggerhalne, Herning and Hertogenbosch. At the Danish Championships in Broholm he took 4th place. He was then selected to the Danish team where he helped the team to 4th place at the Nations Cup in Aachen. In 2019, he achieved 11th place in the FEI World Dressage Ranking. In the same year, he scored 80% at the World Cup Freestyle Grand Prix in Amsterdam and 84% at the World Cup in Hertogenbosch. He won two events at the 2019 World Cup in Herning.

Blue Hors Don Olymbrio is a stallion suitable for classic dressage mares of German bloodlines. Charisma as well as tremendous movement can be seen in his offspring. His offspring include several premium stallions, including Blue Horse Dreamline and Uno Don Olympic, who competed at the World Championships in Ermelo for Denmark. He has also produced several medal winning mares. His daughter Remember Me was named Filly of the Year in 2018 at the Danish Warmblood Elite Show and went for €80,000 at the Elite Foal Auction.