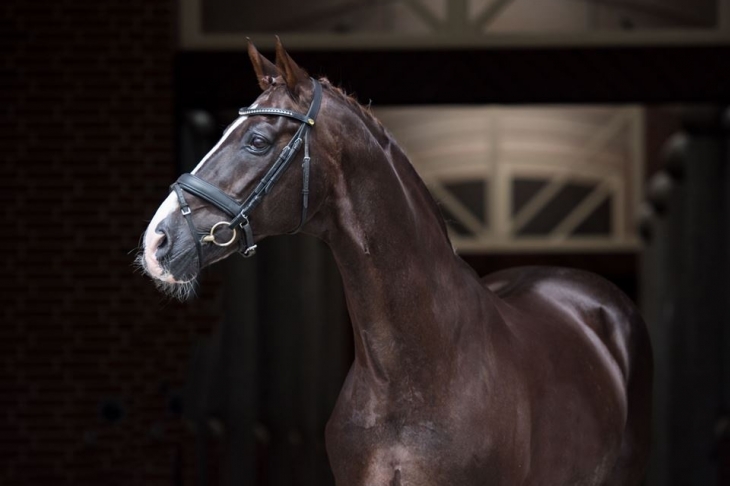 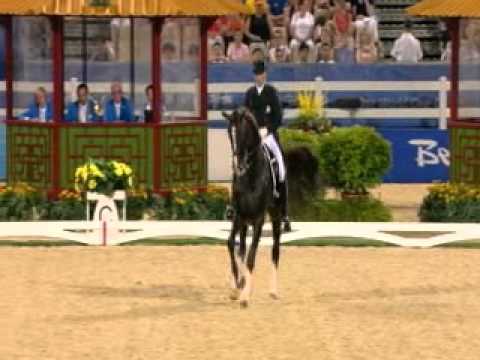 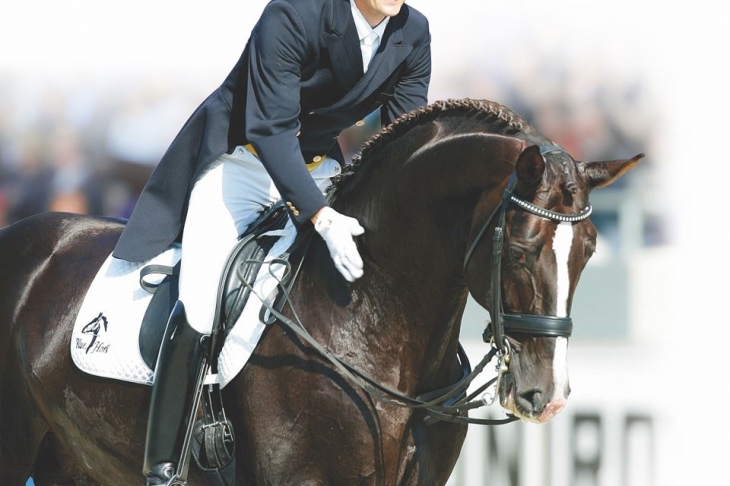 Don Schufro is a son of the great Donnerhall, an Oldenburg stallion known to have had a great influence on modern dressage breeding. He performed internationally under Karin Rehbein and dominated the WBFSH rankings. He was the most successful dressage sire in the world for many years and produced a record number of stallions. His daughters are equally outstanding and have produced many famous horses. Don Schufro is one of the two most renowned sons of Donnerhall along with De Niro.

From the dam, Don Schufro is a grandson of Pik Bube I who performed with rider Herbert Rehbein but also as a sire. Many of his sons are prize-winning stallions. He has also produced quality mares that have resulted in very good crosses with the Donnerhall line. In addition to Don Schufro, other stallions include Fabina, the 2003 Oldenburg Verband Champion, Fantastica, Donna Primera, Ferna, Farina, Filia and the stallions Sunny Boy, Classico, Don Rubin, Sidney, Blue Hors Veneziano, Blue Hors Zatchmo... Through his maternal line, Don Schufro is descended from the Holsteiner "Der Finländerin". His dam Fiesta has a full sister Fantasia, dam of Don Primero by Donnerhall.

He was number 1 in Germany ten years in a row and ranked in the top 10 of the WBFSH dressage stallions for as many years. In 2019, he was still finishing tenth in the rankings and 8th in 2020.

Don Schufro qualified for the World Cup and had over 30 wins and placings in the biggest Grand Prix competitions. The highlight of his career was his title as Danish Dressage Champion in 2008 and played a crucial role in the Danish team's bronze medal at the Olympic Games in Hong Kong - during which he also placed 11th individually.

He started his breeding career at 3 years old with Paul Schockemöhle before being bought by Blue Hors. He has positively influenced breeding in Germany, Sweden and Denmark, earning him the title of Elite Stallion and an honorable ranking in dressage.

He transmits his three beautiful supple and elastic gaits, combined with an excellent character and good handling. He will be particularly suited to mares with good looks, long legs and good mechanics.

30 of his sons are licensed stallions, including Diamond Hit and Blue Hors Don Romantic. He has also produced 20 award-winning Danish Warmblood mares, including four gold medals. His daughters are particularly noted for their style and performance, having competed at World Championships, European Championships, World Cups and Olympic Games. Among them are UNO Donna Unique, World Champion of young horses and Rebelle, finalist of the same championship. Donna Asana has performed at Grand Prix level, as has Dorina who has also competed at the Olympic Games.

Weihegold, a daughter of Don Schufro, has remained at the top of the international rankings for several years. She was notably team gold and individual silver medalist at the 2016 Rio Olympics, triple gold medalist at the 2017, 2018 and 2019 European Championships. She is one of the few dressage horses to achieve scores above 90% in Grand Prix RLM.

Finally, Don Schufro is also the grandfather and great-grandfather of some very good horses, including Déjà, Skovens Rafael, Sezuan, Glock's Zonik and For Romance I and II.