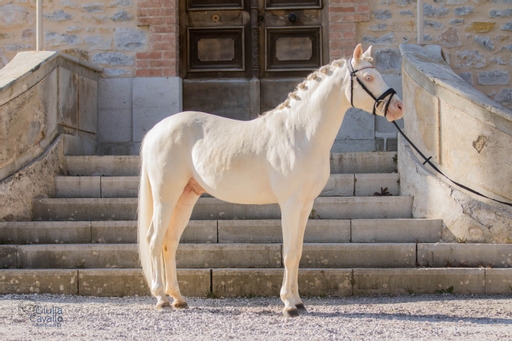 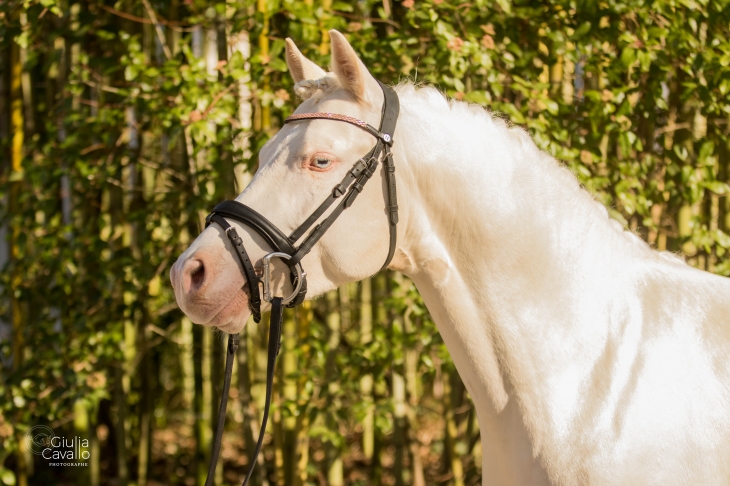 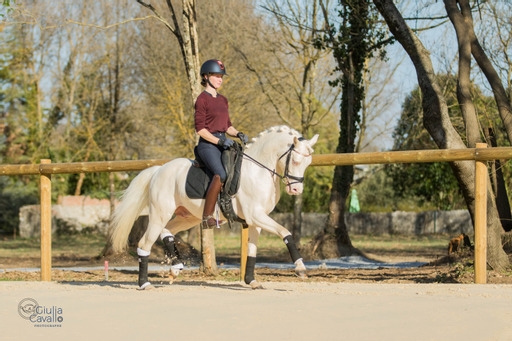 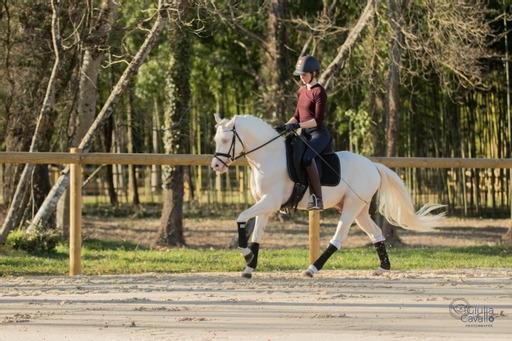 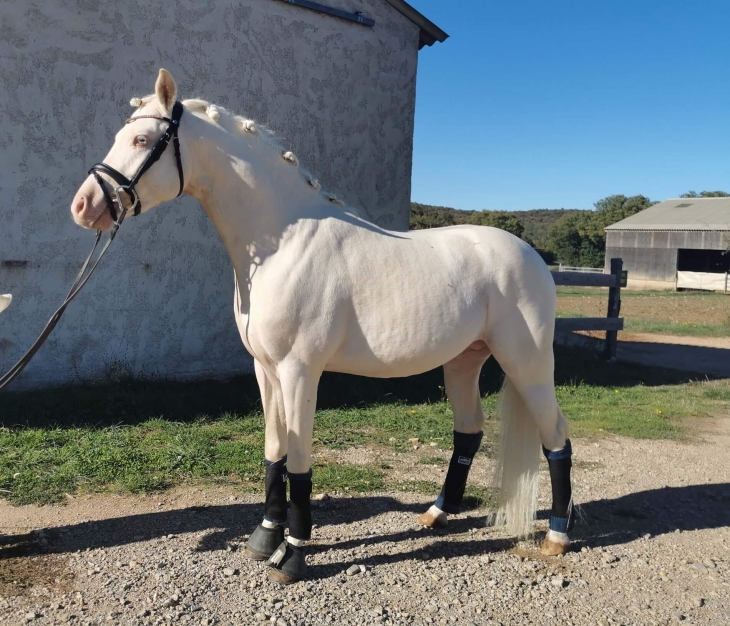 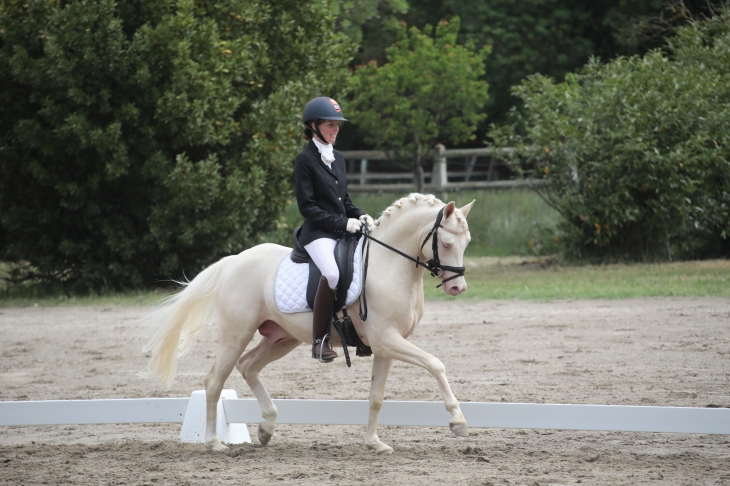 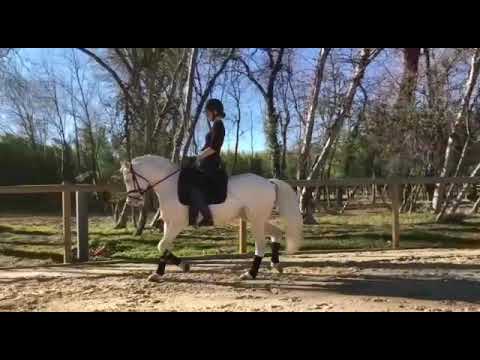 Dream in Cream is a 4 year old DRP stallion, approved in Germany in his 3rd year. He is a chic and well built pony.

He stands 1m44 tall and has real locomotion for dressage, as well as excellent balance. Arrived in France at the beginning of his 3 years old year, he proved to be very easy to break in, and his qualities under saddle have been confirmed since. Always going, and always in a "good mood", he evolves with great ease!

Dream in Cream is a son of Dressed in Gold, by Dressman I who is a pony stallion very well known to the German public as he was the winner of his approval in 1991, winner of his 30-day test in 1992 and multi-finalist at the European Championships. He has produced no less than 30 approved stallions and 20 award-winning mares.

Dream In Cream was approved as a 3 year old by the DRP studbook in Germany.