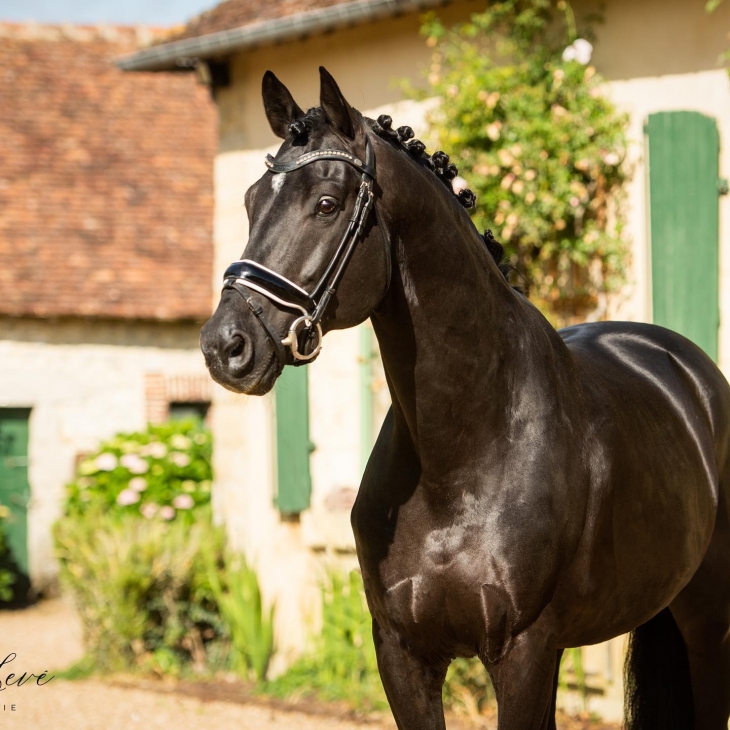 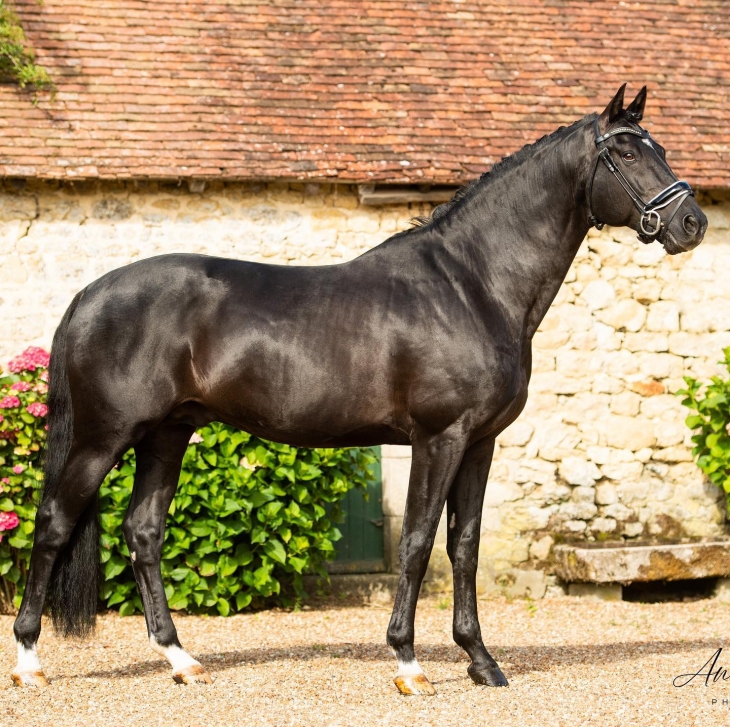 Eliott MC is a son of Jazz (Cocktail) and Ulinda (Gribaldi).

His sire, Jazz, is considered a true studbook KWPN leader. HorseTelex has registered more than 2,700 offspring from the stallion. Of these: 222 offspring are released in competition, more than 50 at the Grand Prix level and he counts 23 approved stallions among his production.

Johnson, ridden by Hans Peter Minderhoud is probably one of his best-known sons thanks to his extensive record of achievement: team bronze medallist at the 2014 World Games in Caen, team gold medallist at the 2015 European Championships in Aachen, a 4th place team finish at the 2016 Rio Olympics... He is also an approved stallion in the KWPN studbook and has produced a number of prodigies too.

His dam, Ulinda, is a daughter of Gribaldi, sire of the famous Totilas, Painted Black, Karamel de Lauture, and many other stallions that have performed on international tracks.

Eliott MC was noticed at a young age as he won the French Champion title at 3 years old.