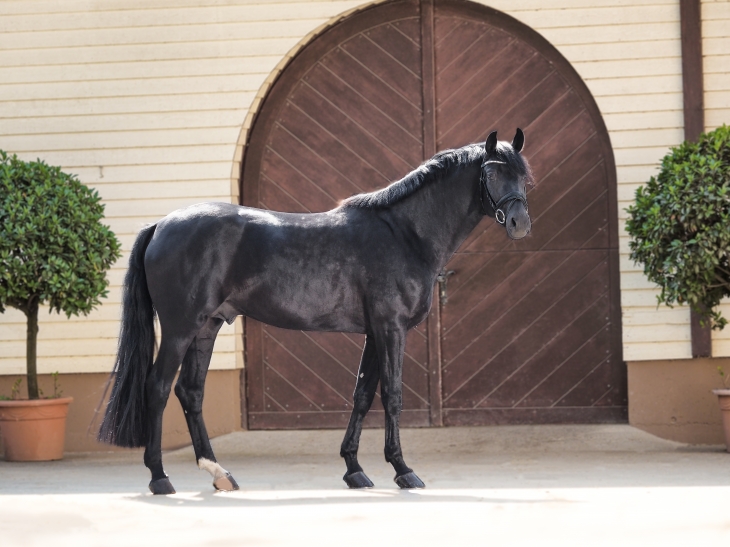 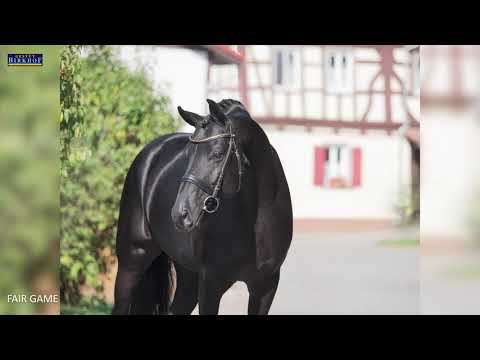 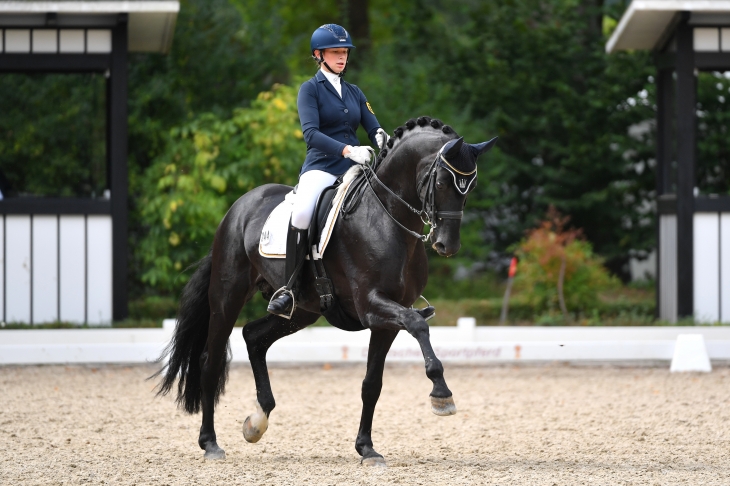 In 2015, Fair Game was approved with premium in Vechta for Oldenburg. Fair Game is also approved for the DSP breed (South Germany), the Westphalia and the SF breed. He is labeled France Dressage.

Fair Game is one of the "shooting stars" of the Gestüt Birkhof in Donzdorf, Baden-Württemberg, Germany.

Today, at the age of nine years old, Fair Game goes out in dressage events at S* Grand Prix level in the "junior rider" category under the saddle of young Pia Casper. The pair was named in the "Bundeskader" and qualified for the "Preis der Besten" competition, a circuit that selects the best young and junior riders in Germany.

Very handsome and endowed with great ease under the saddle combined with excellent locomotion, Fair Game is also making a good name for himself as a breeder. His offspring are increasingly sought after.

Premium approval in Vechta in 2015. Fair Game is approved for the DSP (Southern Germany), Oldenburg, Westphalia and SF breeds. He is labelled France Dressage. At the 14-day test (dressage orientation) in Neustadt/Dosse in April 2016, Fair Game passed as the best stallion with a final score of 8.3. Fair Game also passed the 50-day test in October/November 2016 in Neustadt/Dosse with a final score of 8.06. Fair Game qualified for the Bundeschampionate 2018 in Warendorf by winning a dressage test in June 2018 with the score 8.2. On 10 May 2019, Fair Game won a dressage test (Klasse M) in Böblingen under Oliver Luze. A week later, the couple won with 82% a dressage test (Klasse M) at the "Ludwigsburger Dressurturnier".

A foal from his first crop placed 5th at the Oldenburg Foal Championship in July 2017 against great competition. Faire Game foals are highly rated "gold award" at various "Fohlenschauen" presentations in Baden-Württemberg. At the South German Elite Auction in Nördlingen in summer 2018, two promising and pretty male foals by Faire Game found buyers for about 15,000 Euros each. In 2019, at the foal show in Weilheim on June 20, a female foal (out of a dam by Lord Leopold) and a male foal by Fair Game (out of a dam by Metternich) received the gold premium. At the Foal Championship at the Gestüt Birkhof in August 2019, a female foal by Fair Game x Escudo I became champion of the dressage-orientated female foals. The mare Farina, born in 2017, dam by Abanos, is elected "Landessiegerstute" (Champion) of Baden-Württemberg in October 2019, the best 2-year old mare descended from a stallion stationed in Baden-Württemberg; foal, she has already won presentations. At the Baden-Württemberg Regional Championships in 2020, Farina placed 4th in the qualification for 3 years old. The mare Fabiola, born in 2017, by Fair Game x Lacantus, received the distinction "state award-winning mare" in October 2020 in Weilheim.