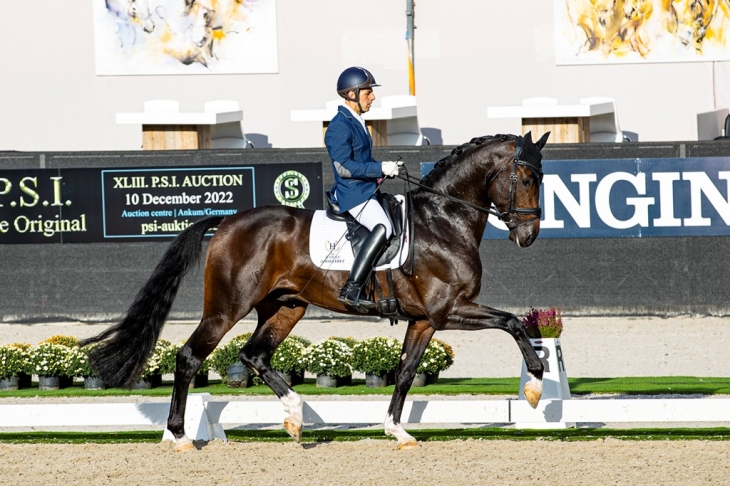 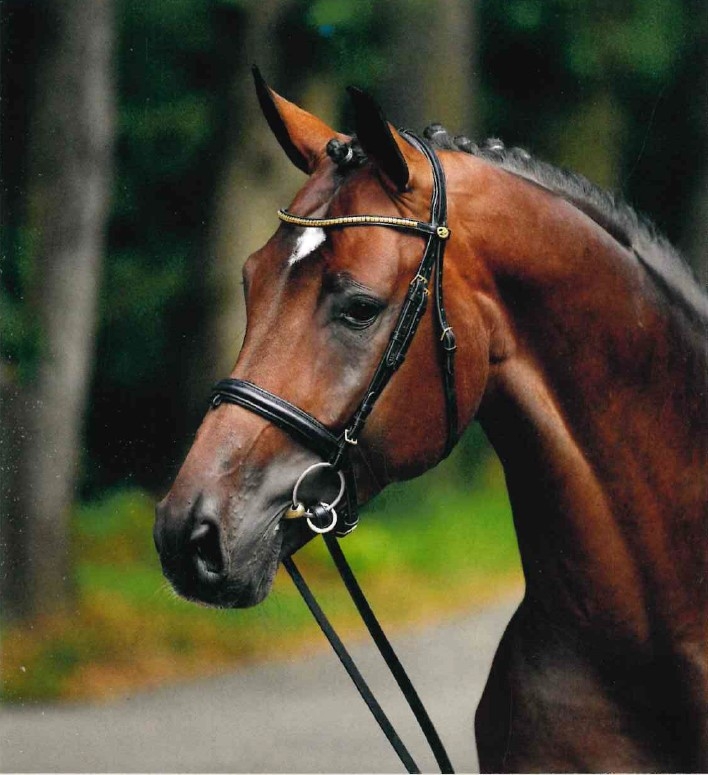 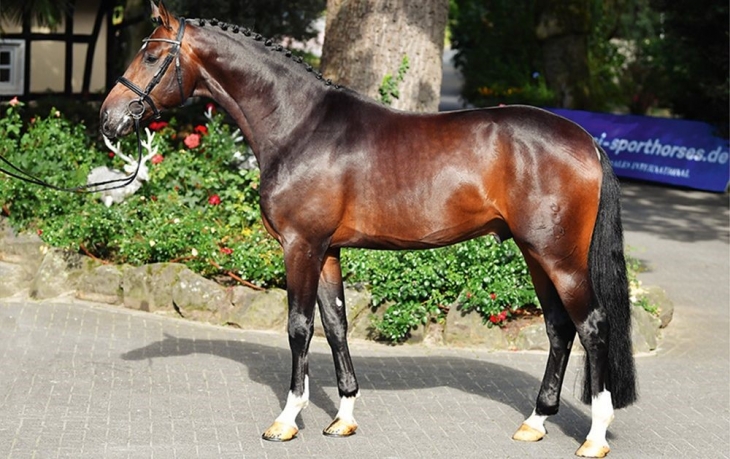 ONE OF THE STARS OF THE ECURY WITH AN EVOCATIONAL NAME, HE HAS ALREADY ILLUSTRATED IN THE GRAND SPORT BY PARTICIPATING IN THE YOUNG HORSE WORLD CHAMPIONSHIPS.

It is of an extraordinary temperament and locomotion this horse has everything for him: model, gaits, mental with exceptional pedigree. Due to his homogeneity, he can suit a wide range of mares.
His sire, Foundation, made his Grand Prix debut at international level in 2018. He also placed at the Prix Louis d'Or Final in Frankfurt under Matthias Alexander Rath and has 17 approved sons.
On his mother's side, Sezuan, a three-time World Young Horse Champion, has continued his impressive career on the Small Tour with over 80% wins. Patrik Kittel is currently preparing him for the Grand Prix. In 2013, the titles of Danish Stallion Champion and 4-Year-Old Champion were added to his record of achievements. In 2014, 2015 and 2016, he was the first stallion to win the World Young Horse Championships three times in a row under Dorothee Schneider. He has received numerous 10.0 scores for his gaits, submission and potential.