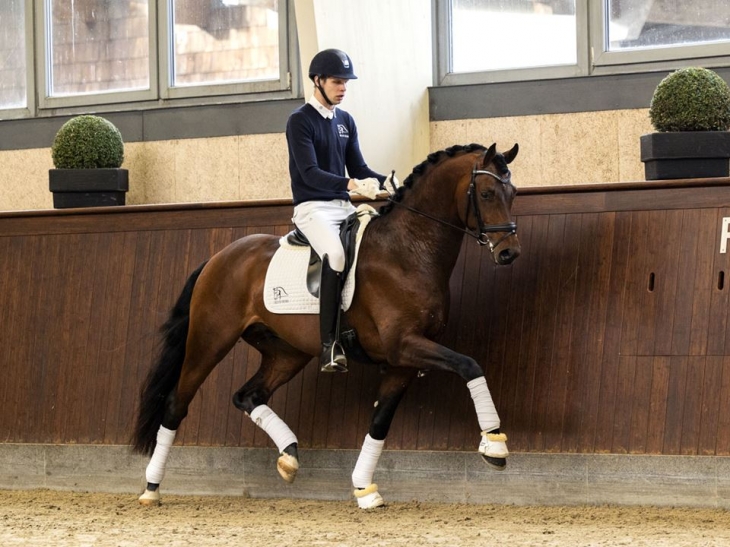 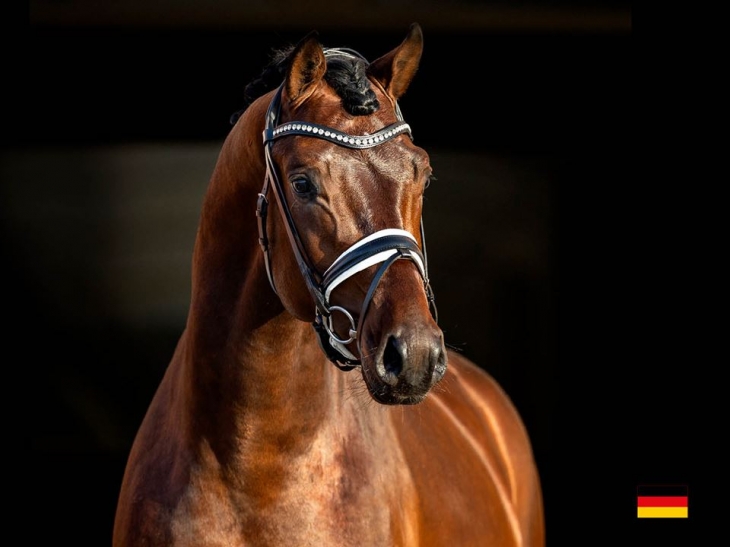 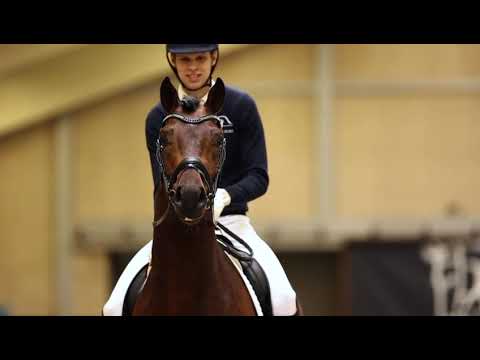 Farrell made his international debut at the 2020 Vilhelmsborg World Cup, doing very well in the Prix St. Georges and the Inter I. This included an impressive 3rd place with 74.5%. A few weeks earlier, he won the Inter I with 77% in the CDIN Solrød.

Feinstar's dam sire is Bon'A Parte, by Johnson and Burggraaf. Under his Danish owner and rider, Helle Marie Simonsen Jørgensen, Bon'A Parte has placed as high as the Prix St. Georges at A level, making him an S horse in dressage. Bon'A Parte and Helle already made a name for themselves when Bon'A Parte was a young stallion: in 2012 he was 3rd in the Danish Riding Federation's qualification for the 6-year old championship at Sportsrideklubben Vallensbæk, and he also placed at the Blue Hors Dressage Festival in 2013 and 2015.

The Feinstar stallion was a "Premium Stallion" upon his approval to the Oldenburg studbook.

His first products will see the light of day in 2023.