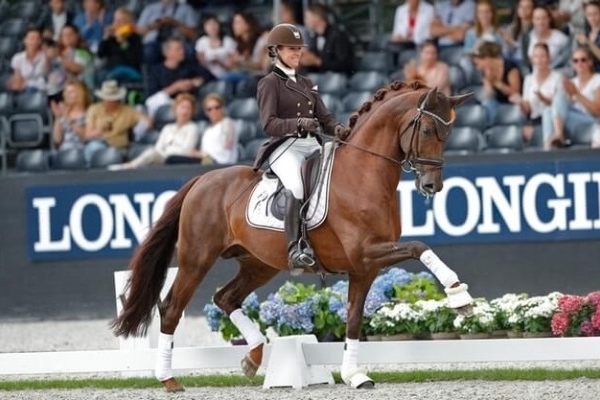 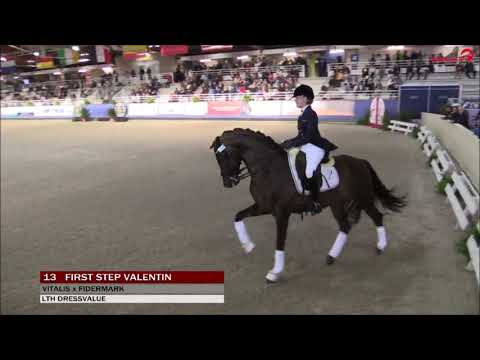 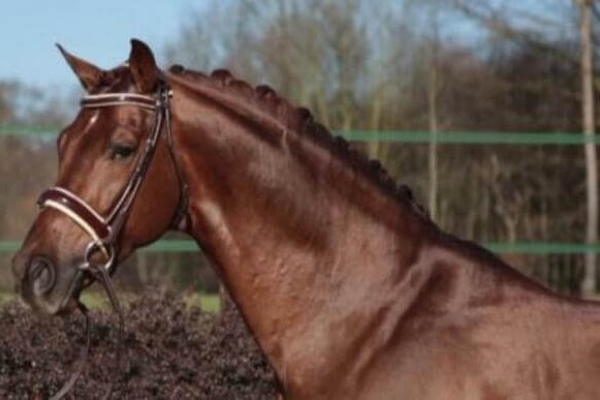 In the origins of First Step Valentin, we find known lines of international level such as Vitalis, Vivaldi, Krack C on the paternal side. On the maternal side, we go back to Fidermark and Florestan whose reputation is well known.

At only 3 years old, First Step Valentin won the BWP National Presentatiedagen in Moerzeke and won the title of Belgian Champion in Gesves before being crowned French Vice-Champion. He was the first horse in the history of the SHF to be French Champion at 4, 5 and 6 years old in dressage, and placed eighth at the World Championships for young horses at the age of 5. He was runner-up in the Belgian Championships for 6-year-olds in 2018. In 2019, he was placed 9th at the World Championships for 7-year-olds and sixth best stallion of his generation. In the same year, he was vice-champion of France for 7 years old.

With his ability to gather and his mind, First Step Valentin is a true show horse with all the makings of a champion. He passes on his back line and good hind end activity, but also his beautiful joints and a nice front end movement. His first offspring were born in 2018, they have the same head, a lot of chic and an excellent character. Some of his foals were placed second, third and fourth at the Belgian Championship. He will suit all types of mares.