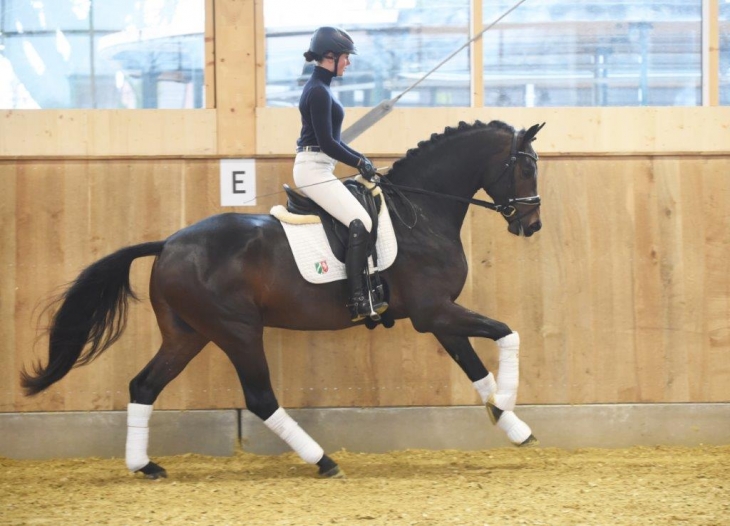 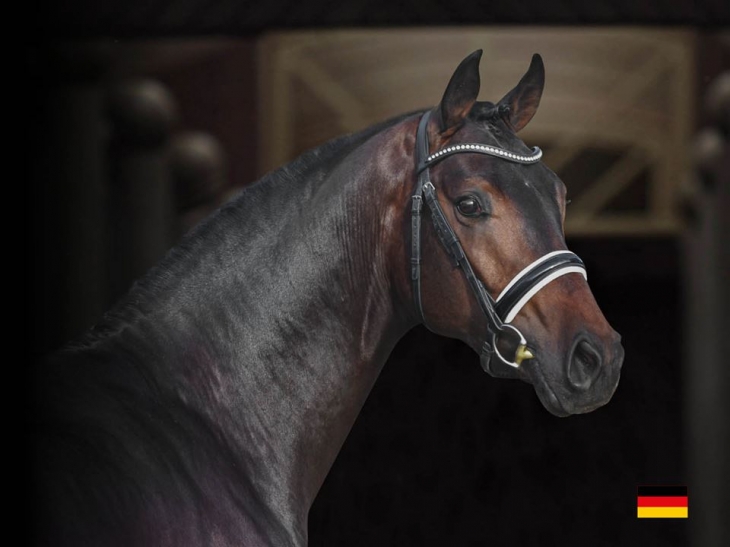 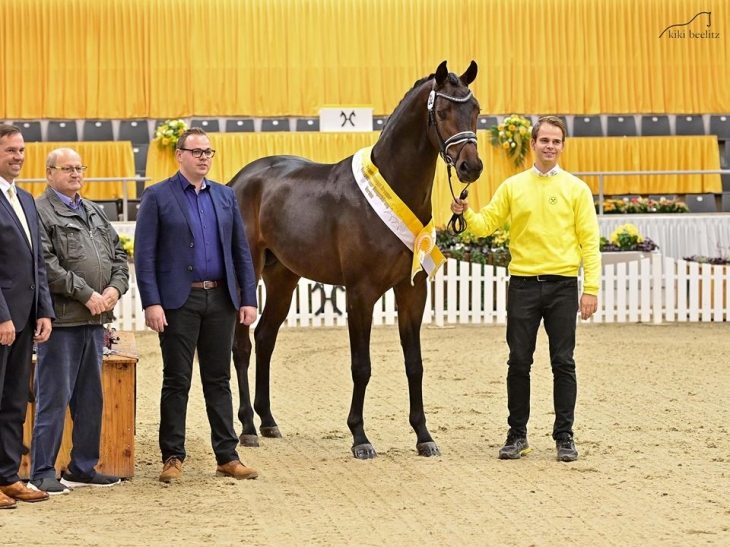 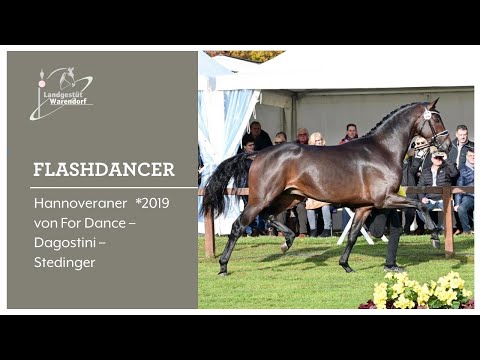 The Hanoverian stallion Premium Flashdancer is a son of For Dance and Dagostina P (by Dagostini) and was bred by Christoph and Angela Plate.

His sire, For Dance, was successful in dressage classes for young horses and qualified for the Bundeschampionat in 2018. He was awarded the Reserve Main Premium Winner title of the Oldenburg studbook after his excellent first foals in 2017. He placed fourth in the Bundeschampionat at 4 years old as the culmination of a very successful season. For Dance completed his stallion test in Verden in 2017. He achieved a final dressage score of 8.22, his handling (8.7) impressed the judges and he was placed second. He finished his 14-day test in Schlieckau with a final score of 8.2 in 2016. His canter was scored 9.0, his trot 8.0 and his character/temperament received a top score of 10.0.

Flashdancer's dam sire, Dagostini, who is out of Dancier and Donnerhall, comes from a very successful dam line that includes Grand Prix dressage horses, approved stallions, top level mares and show jumping horses up to the 1.45m level. Dagostini himself has competed in Inter II dressage under Swiss rider Gina Kern.

The remarkably typey, dark bay award-winning stallion wowed the judges at the Verden approval with his near-perfect beauty, impeccable lateral appearance and correct foundation. Three basic gaits with lots of expression and a balanced back promise maximum riding comfort. Equipped with an equally dynamic uphill canter and ample stride, he was rightly among the best of his year.

The first Flashdancer products will see the light of day in 2023.