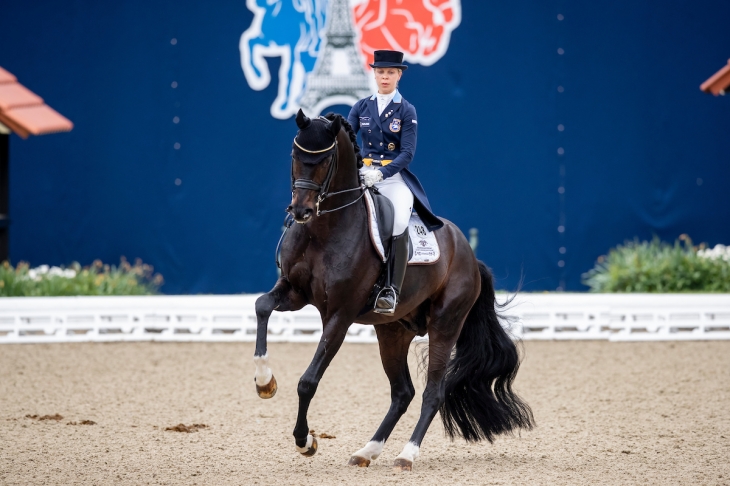 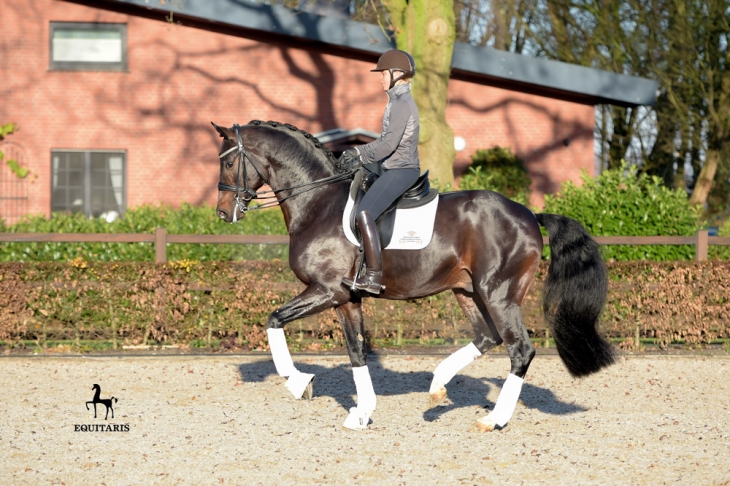 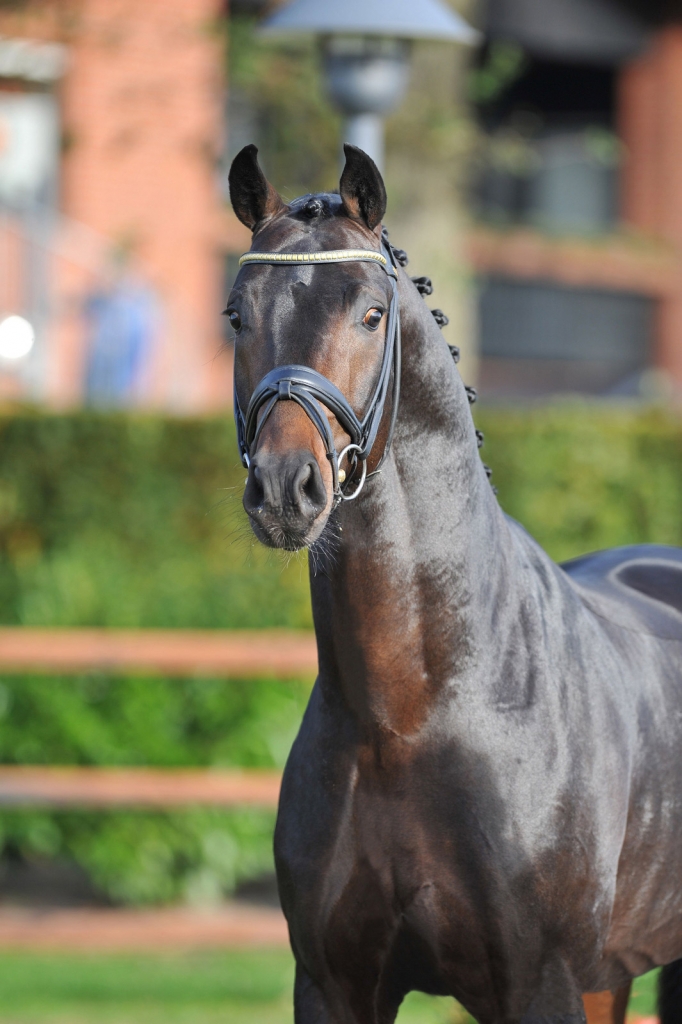 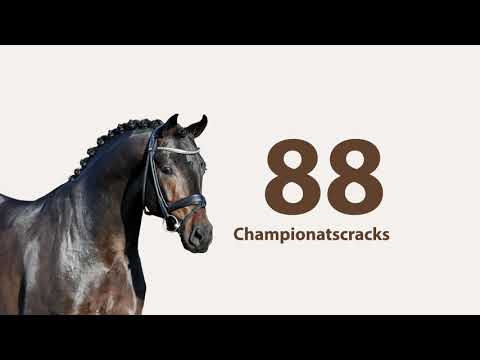 His sire Fürst Romancier, who placed fourth at the World Championship for Young Dressage Horses and the Bundeschampionat (as a 5-year-old) in 2009, has produced 35 approved sons.

In addition to For Romance I OLD, his dam El.St. Gesina has sired six other approved sons, including her own brother For Romance II, the stallion Feinrich and Don Romance PS OLD (by Dante Weltino OLD). She also produced two Oldenburg champion mares: For Romance I's own sister Fasine OLD (Bundeschampion, P.S.I. auction record holder and performer up to Inter II) and Fürstin Gesine. Both have also become stallion dams.

They are also both very successful.

For Romance I OLD is out of the dam line of Voltaire (by Furioso II x Gotthard) by the mares Mosaik and Erich Stute. This line has produced international sport horses for dressage and show jumping.

For Romance I OLD has three outstanding gaits as well as very good balance and natural poise. He conveys an elegant locomotion, the will to succeed and a good disposition to gather. For Romance's offspring are also suitable for amateur riders due to their ease under saddle.

For Romance I was elected Supreme Champion at the Oldenburg Stud-Book approval in Vechta in November 2011. The following year he passed his 30-day test with excellent marks (dressage 8.63). In 2013, he was named "Hauptprämiensieger", a title that ranks him as the best 4-year old breeding stallion in the Oldenburg Studbook. Since 2016, "OLD" has been added to his name, a distinction for the most important stallions in Germany. With his genetic index of 148 (93% security) in 2018, he is among the best sires in Germany.

For Romance I OLD is a France Dressage labelled stallion.