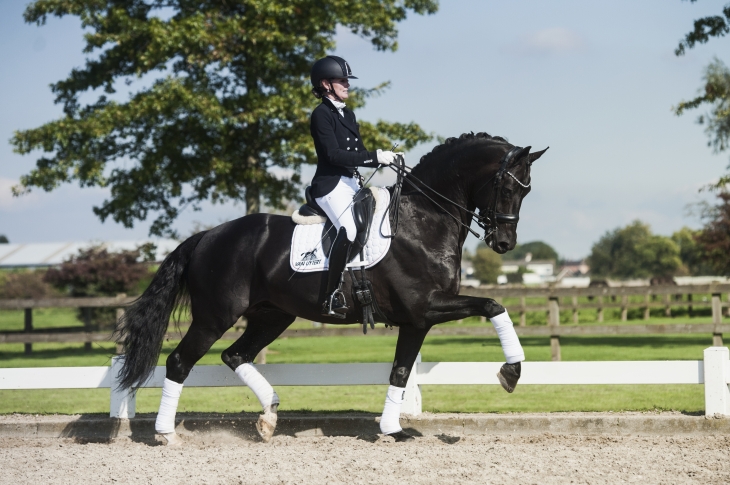 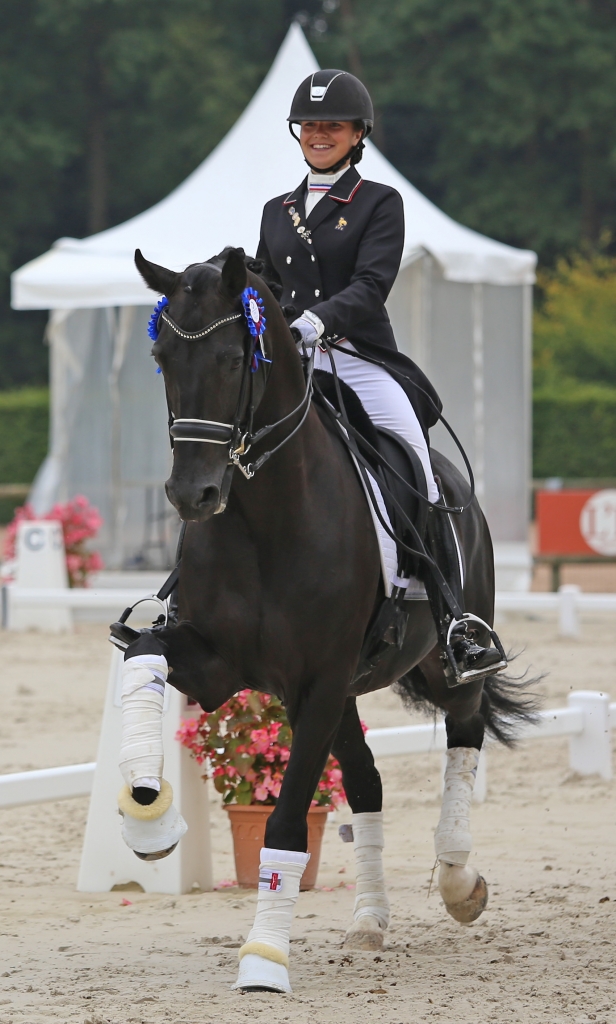 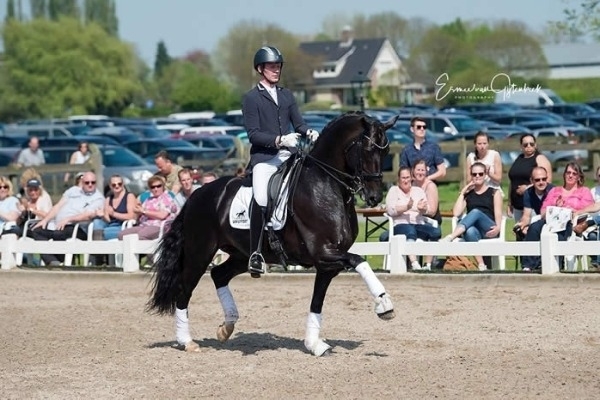 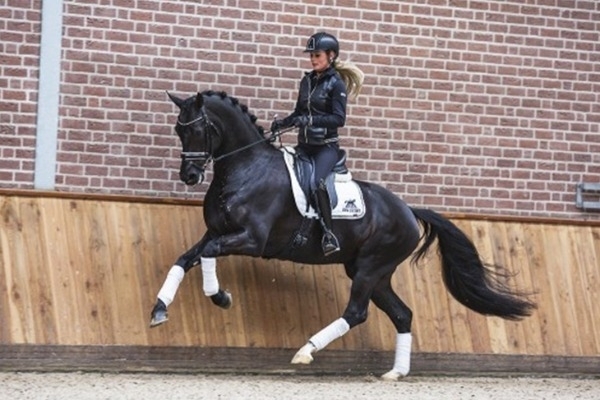 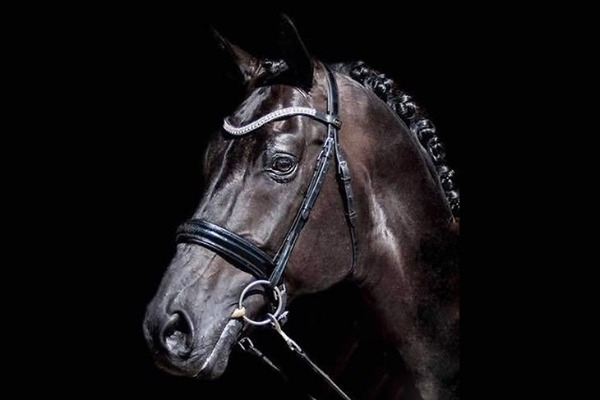 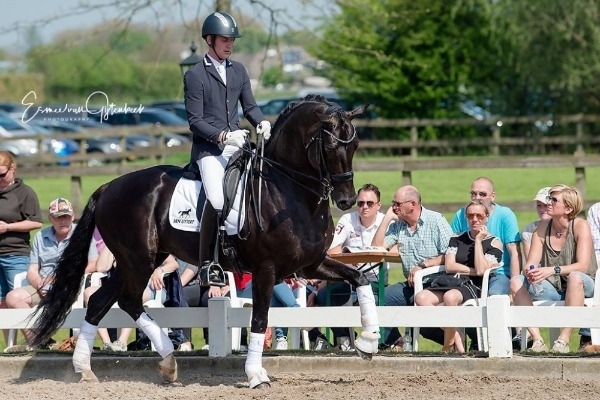 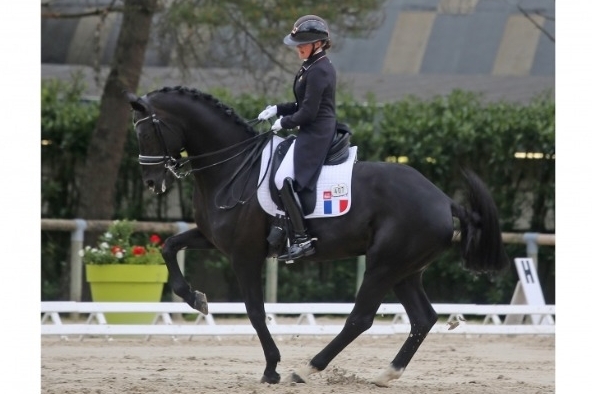 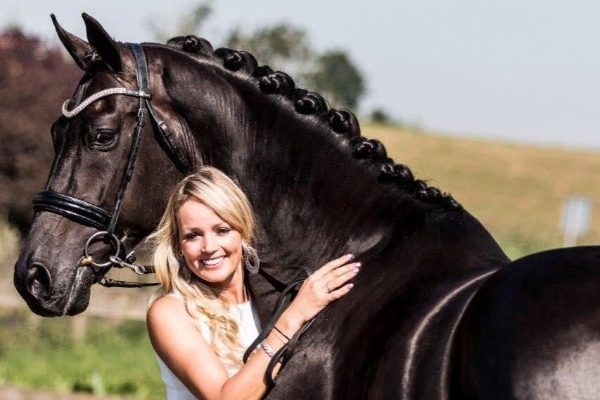 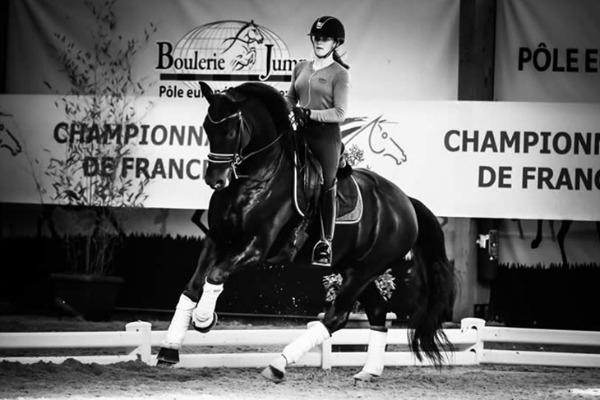 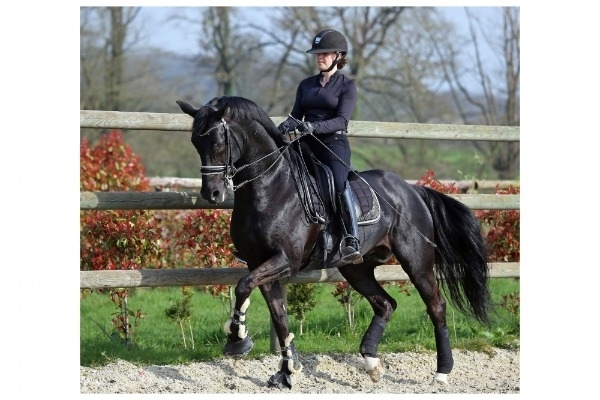 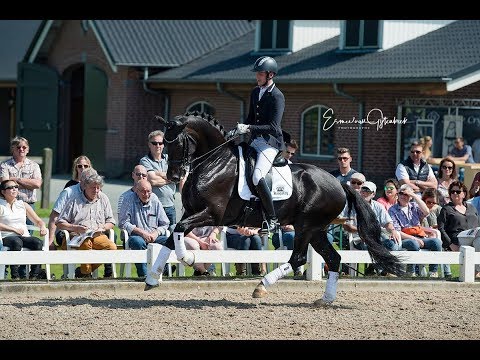 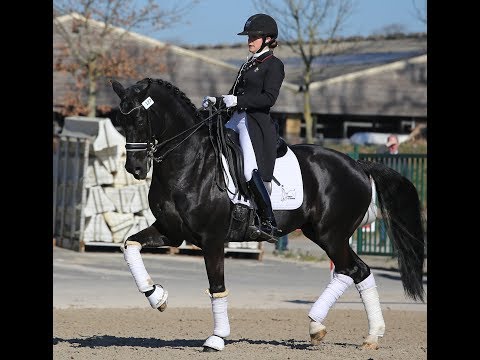 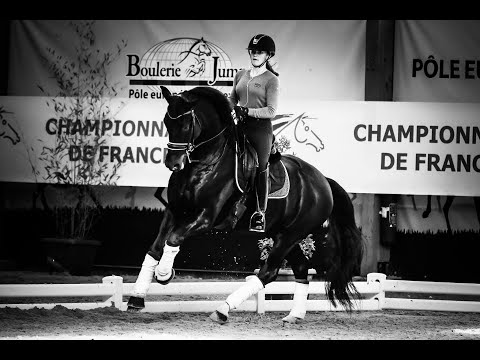 Galaxie is a great opportunity for our breeding!
He has dream genetics with 5 sires having competed at the International Grand-Prix level:

The maternal line is equally prestigious with dams all labelled.He is distributed fresh, chilled and frozen in European countries and frozen on other continents.Galaxie, born in 2011 and 1m70, is already sire of several hundred KWPN and Oldenburg foals. Galaxie is approved to produce Selle-Français. He received the best dressage index of 180 of the KWPN stallion candidates of his generation, Galaxie now has "Approved Etallions and winners of breeding competitions and championships in the Netherlands, where he has been used extensively by breeders.
In 2019, Lolana, a daughter of Galaxie was crowned KWPN National Champion Mare of 3 years old.
Galaxie passes on sensational gaits, size and excellent orientation to her foals. Galaxie's foals are noted for their suppleness, trotting pace, balance and excellent canter drive. You should not hesitate to cross him with blood mares as his mind is exceptional. He produces competition horses for pro riders but also for amateur riders as they are so easy under saddle. Galaxie has very good fertility and an excellent osteoarticular status. He is a non-carrier of the WFFS gene.

Galaxie has within his family tree 5 stallions that have competed at the International Grand Prix level: Jazz, Future, Ferro, Rubinstein and Donnerhall. Likewise, Galaxie's dams are all KWPN-labeled.

Her dam, Zon terra is a mare Elite Dressage who earned a remarkable final score of 75 points in her EPTM test in 2007. During this test, she earned scores of 8 for ease under saddle as well as canter, scores of 7.5 for trot, dressage potential and balance, and scores of 7 for suppleness and walk. She is the dam of 6 offspring including Dark Jazz and Illexy Terra.

Her maternal granddam, Terra is a Keur-labeled mare who counts Don Terra among her offspring. Terra is a sister to Aliano W and Volano W who compete at the Z1 and Petit Tour level.

Her maternal great-grandmother, Orchidee T is also a Keur labelled mare. She has notably produced Volano W, Equirelle and Hyrm. She is the daughter of Donnerhall, a renowned stallion who has won 65 Grand Prix and for some years was among the best dressage horses in the world. He was a team winner and third in the individual at the 1994 World Equestrian Games in The Hague. He also won the European Team Championship in Verden and finished 3rd individually during the same championship.

His sire, Jazz is a KWPN stallion known for having had a career as an international performer and for having been hugely influential in breeding dressage horses. He earned lifetime approval for the stud-book KWPN and achieved the incredible maximum index of 182, and was voted by the WBFSH as the best breeding stallion in dressage in 2008 and 2009 ahead of the stallion Donnerhall. Among his progeny are numerous approved stallions including Olivi who was KWPN Vice-Champion at Hertogenbosh in 1999 and was crowned Best Sire of Progeny between 7 and 9 years old in 2007.

Galaxie's brother is Dark Jazz, who began his career in Grand Prix International in 2018.

Galaxie is a stallion who scored the highest value at KWPN in 2016 with the score of 184 points.

The same year, he was crowned Winner at Ermelo with the formidable score of 84.20%.

In 2016 and 2017, he earned the magnificent score of 9 for his canter during the KWPN stallion competitions on various occasions. In 2017, he moved up to the Z1 level where he performed well. The following two years he placed and landed severalnational or international level Juniors and Young Riders events. In 2018, he was crownedVice Champion at the French Juniors Championship and was selected to the French Team for the Junior Team event. That same year, Galaxie won the RLM event of the French Juniors Championship at Le Mans with the formidable score of 72%.

In 2019, Galaxie won the A7, St Georges, AS Jeune Élite and the Épreuve Équipe at Le Mans. At Le Mans, he also took second places in the 2019 A6 and AS Jeune Élite - Grand Prix events. That same year, he finished 7th in the Individual Event and the Freestyle Event on the CDI3* Young Riders at Le Mans. He finished 3rd in the Freestyle and CDIYR in Saumur - Young Riders and was selected to be part of the French Team for Hagen in Young Riders "Future Champions"in 2019.

In 2023, Galaxie will continue his breeding and sport career at U25 level under the saddle of Eugénie BURBAN.

Galaxie is a black stallion KWPN who passes on his propulsion, balance, tremendous gaits as well as his ease of galloping to his offspring. In the Netherlands, we note that his offspring are homogeneous, chic with developed physique. His foals represent a good model for dressage.

Galaxie can be crossed to blood mares as he has an exceptional mental.

In 2017, 4 of his offspring were shown at the Stallion Show in Ermelo and 3 were selected to enter the latest KWPN stallion selection in Den Bosh. In 2018, his Galactica EHF product was approved to produce at the Stud-Book NRPS. In the same year, her daughter Katniss,Elite mare, was Vice-Champion of the Keuring Central Contest in Gelderland - a contest that gratifies the best 3-year-old KWPN mares - by with the score of 87.50 points for her IBOP.