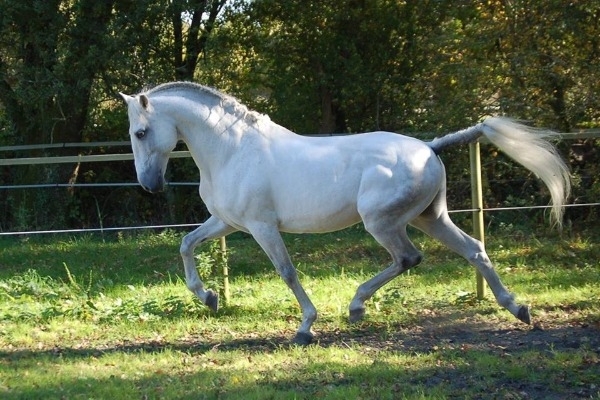 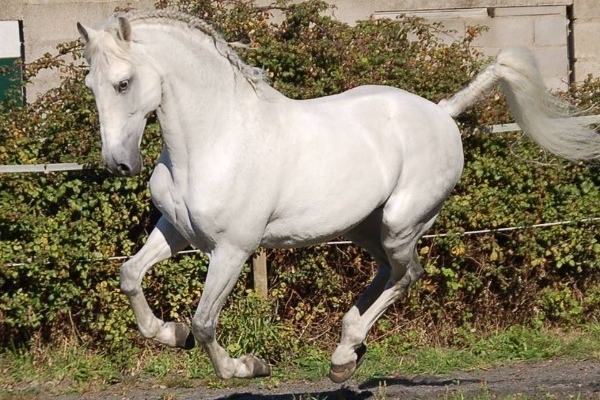 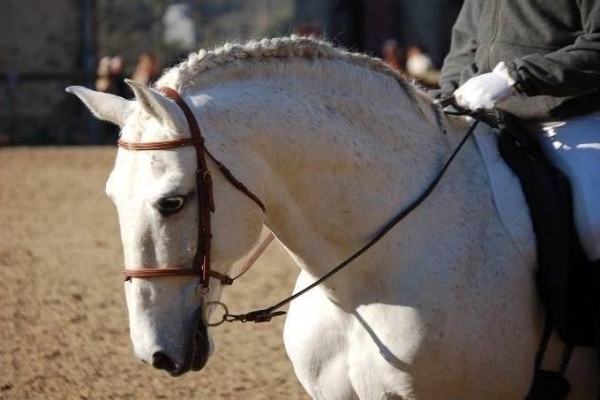 His sire Venturoso III was approved by the Studbook with 76 points. During his career, he also obtained a gold medal as well as a silver medal. His brother is Danubio.

His dam Tinoca is entered in the Book of Merit in which very few mares are entered. She scored 76 points in her test and won 4 gold medals.

She is the only mare in the Book of Merit.

Gaviao Rc is a Lusitano stallion who was crowned Class A Champion at Santarém in 1989. He subsequently placed 5th in the E class of 3 year old foals at the International Championships in Lisbon in 1991. In the same year, he finished 3rd in the 3 years old Saddlebred class in Golega. Gaviao Rc comes from Arsenio RAPOSO CORDEIRO's Stud, which is a Stud recognized for being crowned the best breeding in Portugal for 7 years old.

After being bred at this Stud, he was taken to France by Carlos Pinto. Gaviao Rc scored 80 points in his test and is the only active stallion in France with this score. During this test, he got great scores including 9 for his gaits and 8 for overall conformation. He has inherited the genes of his sire Venturuso III and those of his dam Tinoca. He was trained to Grand Prix level where he showed the qualities that were expected from his genetics.

Gaviao Rc passes on his tremendous gaits, expressions, strength as well as his mind to his offspring. He will bring his calm temperament to the mares near the blood. Some of his offspring have been transported across the Atlantic, like Trinco who was taken to one of the most prestigious stud farms in Brazil.