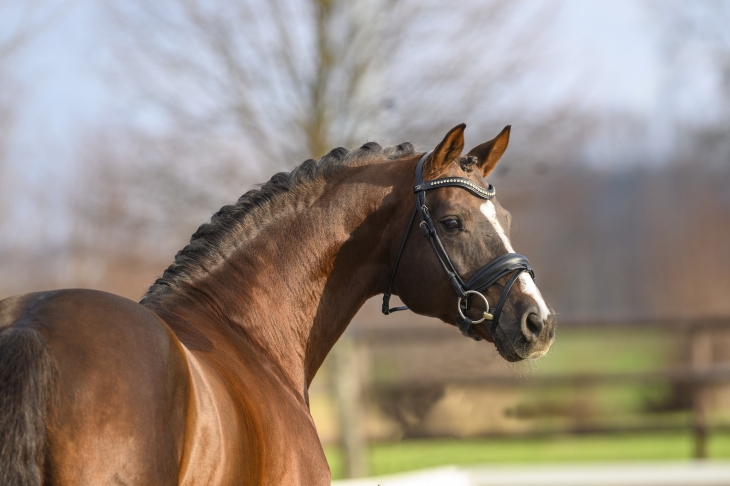 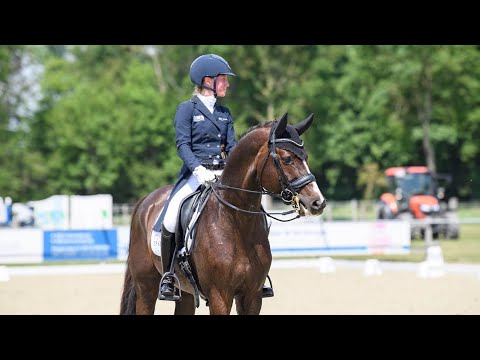 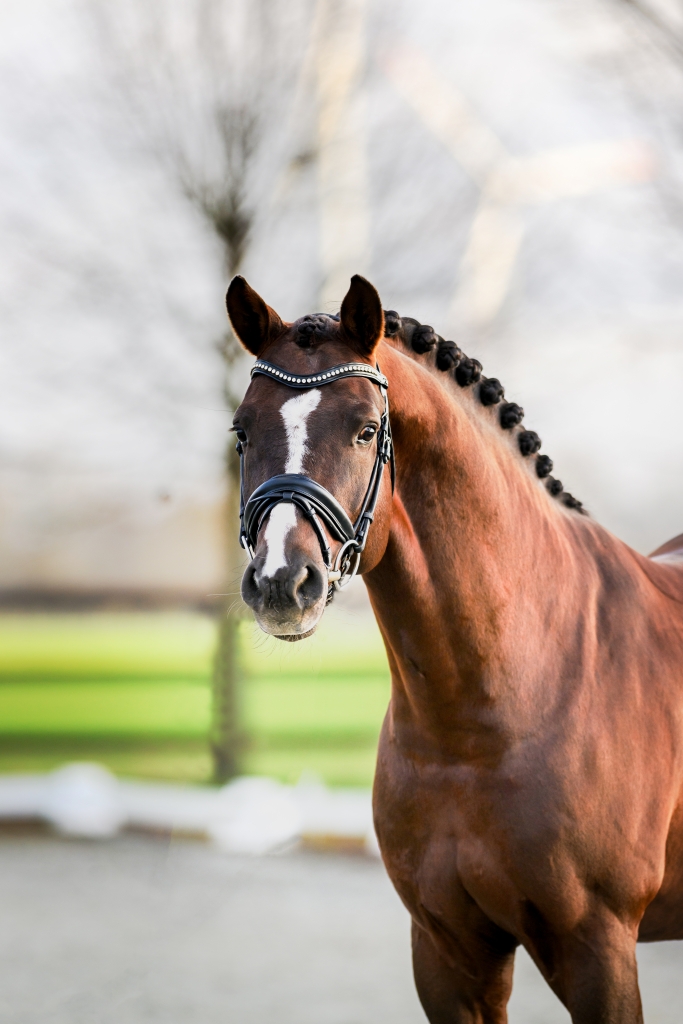 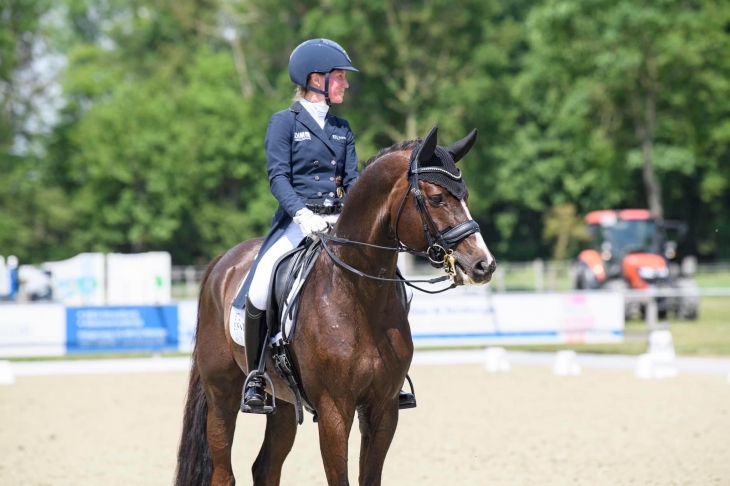 RARE SON OF GOVERNOR, THIS STALLION SPEAKS FOR ITSELF! THE ELEGANCE OF THIS HORSE HAS ALREADY MADE HIS MARK IN THE GREAT SPORT ALWAYS WITH A LOT OF ENERGY, WILLINGNESS AND A GREAT KINDNESS. HE HAS 3 SUPERB Gaits WHILE PROVING A FORMIDABLE EASE IN THE GATHERING.

Governor, son of the famous Totilas, was Vice World Champion at 7 years old (5th at 5 and 2nd at 6) with Adelinde Cornelissen.
Gribaldi, Trakehner Stallion of the Year 2008 has been successful in international events with Edward Gal, he is ranked 15th in the WBFSH Sire Ranking for Dressage in 2021, 17th in 2019 and World #1 in 2014.

On the dam side, Golden Romance's dam is the renowned El.St. Gesina, a half-sister to the premium stallion Vivaldi's Schufro.
Sir Donnerhall I was the Vice Champion at his licensing, State Champion, the record winner of his stallion performance test. Vice World Champion of young dressage horses, winner of the Bundeschampionate as well as the main winner of the dressage stallion premium. More than 50 of his sons have been approved. In the third generation of his pedigree, you will find Don Schufro who won the Danish championship title and won team bronze at the 2008 Olympic Games in Hong Kong.

The first generation of Don Schufro's pedigree is the one that has been approved by the Danish government.