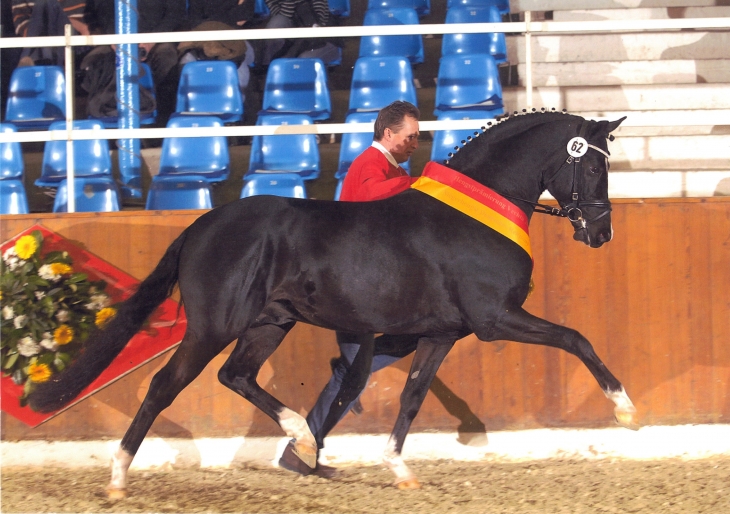 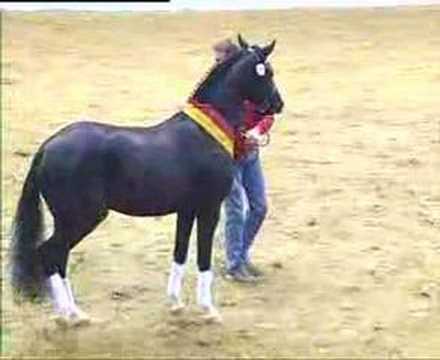 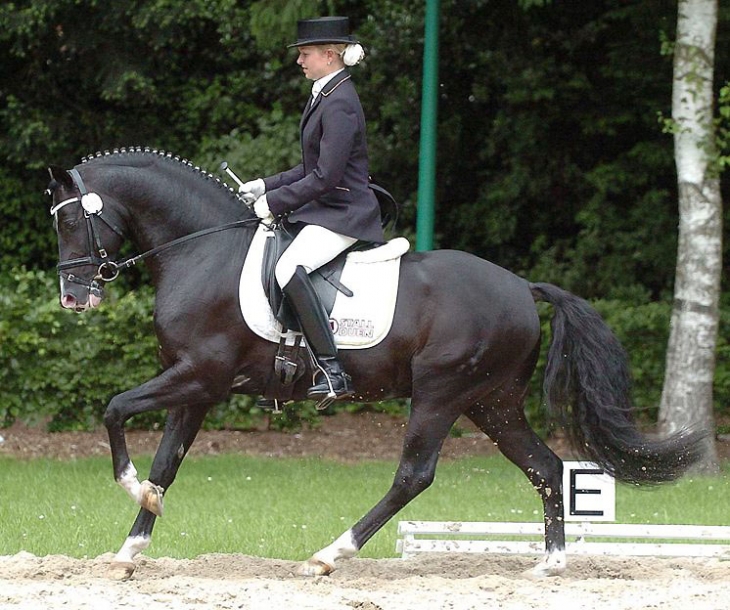 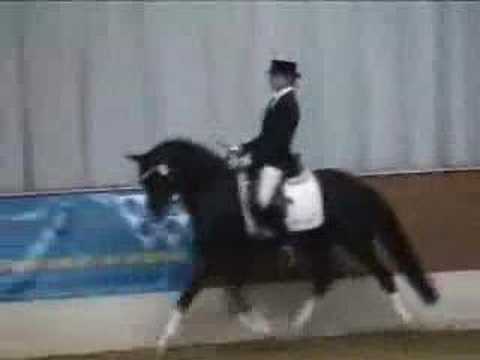 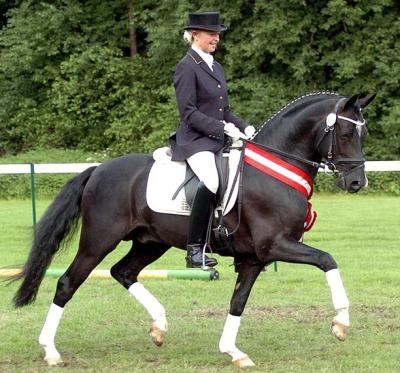 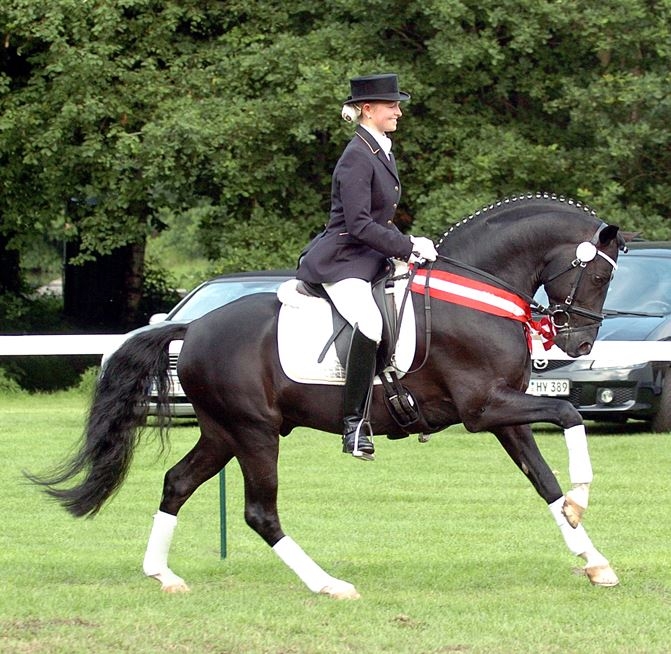 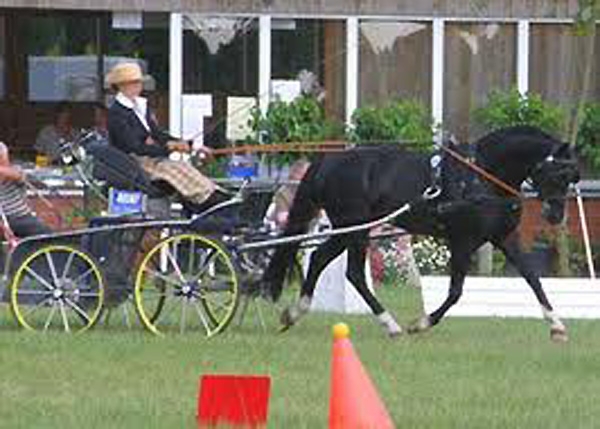 Here is a great opportunity for pony breeding in France!
Hilkens Black Delight is unique because of his many skills in the disciplines of dressage, jumping, eventing but also in driving. He transmits to his products: blood, an exceptional locomotion characterized by strength, a beautiful energy and a great flexibility, a quality of jumping, of balance in the gallop and a majority brown bay color. Hilkens Black Delight and his offspring are easy to ride under saddle, which is very appreciable for sport ponies intended for young riders. His offspring are promising: two of his sons from his first generation are already approved stallions in Germany with the highest körung scores.

BRANDUARDI M
His sire: Branduardi M (Black Boy x Valentino) won stallion approval and performance test with an overall average of 8.85. He later became the Bundeschampion runner-up. Between 4 and 6 years old, Branduardi achieved the best results in pony competitions in Germany, especially in dressage up to FEI level and in show jumping at L level (1.30 m, ponies and horses).

SYRAH
Her dam: Syrah ( Morbidelli x Black Boy) is crowned champion mare of the year (Weser-Ems). She won the elite mares competition in 2001 in Vechta, just like her half-sisters : Hilkens Shakyrah in 2005 and Sophie in 2002. She was very successful up to international level in dressage and show jumping at L level (1.30 m). Syrah won the eventing championships in Weser-Ems in 2004. She is also qualified for the Bundeschampionships in CCE, pony and horse events.

Syrah, like her dam and all the females in her family, are "STATE PRIMEES". Syrah brilliantly placed 2nd in the performance test. She was beaten by her younger sister, Sophie. She ranks 4th in the national pony mare championship in 2005.

In Syrah's lineage is the Anglo-Arabian stallion Matcho AA, a very famous stallion in pony breeding in Germany. Much used by Hanoverian breeders, he is the sire of many stallion dams. He is known to be an excellent producer of mares.

SIRA
Syrah's dam: Sira, is also the dam of Hilkens Shakyrah and Sophie who won the Elite Mare Show in Vechta and the Mare Performance Test in 2002. Sira has produced many successful sport ponies. Sira is the full sister of Schamila, 4th at the elite mare competition in Vechta and winner of the performance test. At a very young age, she produced the finalist of the Bundeschampionat for 5 year old ponies in show jumping, and several award-winning foals. Sira and Schamila are full sisters to the licensed stallion: Beckenbauer with a performance test score of 8.04.

Hilkens Black Delight won his approval test at Weser-Ems in 2005. He was the first pony to be invited to the stallion parade in Oldenburg where he earned a standing ovation. He is described as being "on the verge of perfection".

He is qualified by the approval committee as: one of the best ponies they have seen in 6 years old (His sire: Branduardi M also won his approval).

The Oldenburg magazine will have nothing but praise for Hilken's Black Delight stallion: "This beautiful black stallion delighted the public with his model, his powerful locomotion equipped with power. In jumping, he shows the qualities of a top pony. His maternal and paternal origins have produced great names of famous ponies."

He won in Germany, the HLP in station in 2007 with exceptional scores:

Two of his products from his first year of production are approved stallions in Germany including BIG LIGHT, Champion of the Körung WESER-Ems Licensing in Vechta in November 2009

Many of his offspring are classified as Elite, Excellent or Very Good in the 4, 5 and 6 year old Classic Cycle events and rated at over 120 in Dressage, Obstacle and Eventing such as: