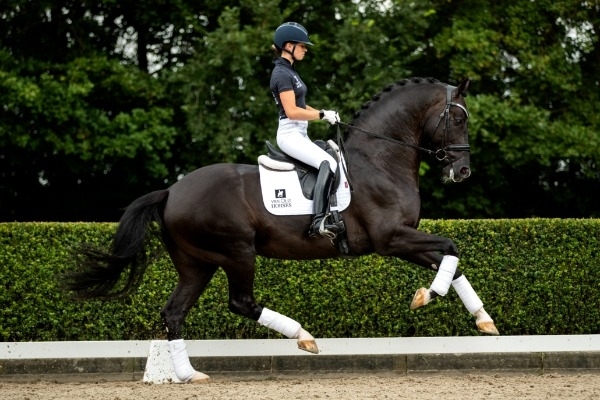 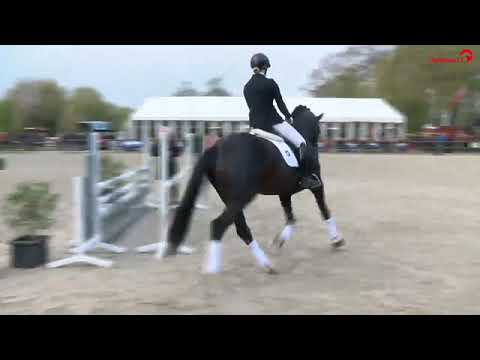 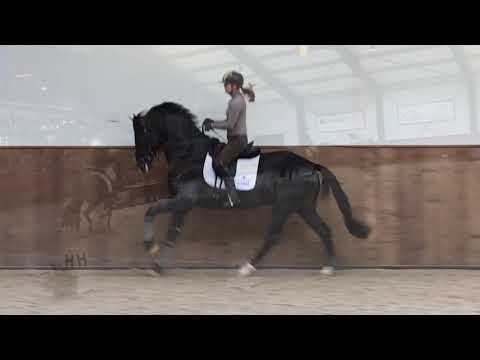 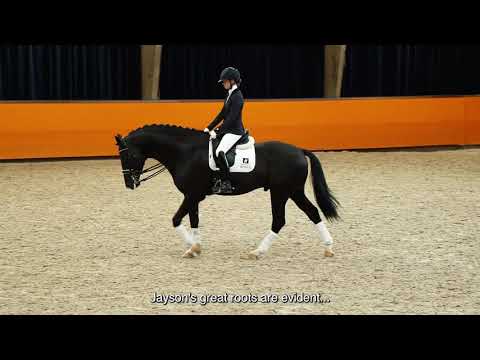 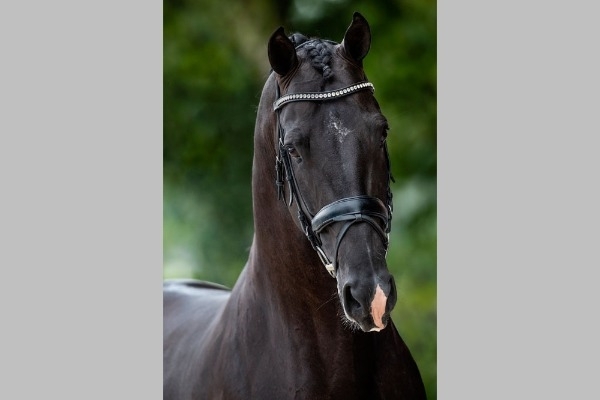 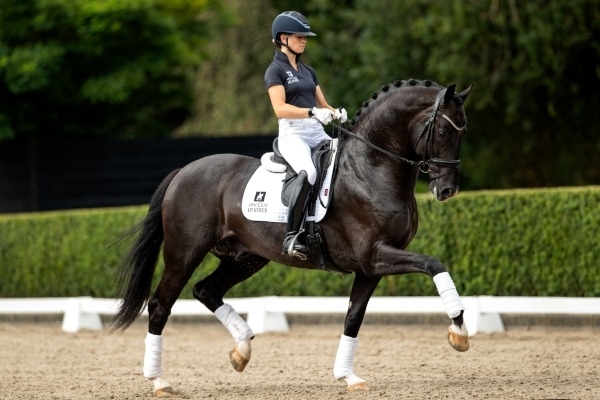 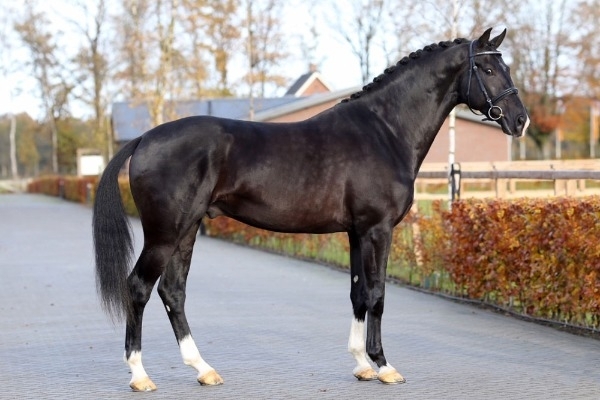 Jayson is a very promising stallion, which is not surprising when you know his sire Johnson. Johnson has been successful at Grand Prix level with Hans Peter Minderhoud and both were part of the Dutch team. They won the team gold medal at the European Championships in Aachen in 2015 and a bronze medal in the individual event. Johnson also placed 9th at the Rio Olympics.

On his dam's side, Jayson's grandsire is Negro, known for being an excellent sire passing on excellent character to his offspring. He has sired numerous International Grand Prix horses, including the legendary Valegro. Valegro is the world record holder and winner of two Olympic gold medals.

Through his grandmother Jamora, Jayson's origins go back to Tamora and further back to Karin.

He was a qualifier winner in the 2018 Pavo Cup for 4-year-olds at Houten and finished 6th in the final.

Jayson shows great working ability and excellent gaits. He will bring size and a good temperament as well as good drive.