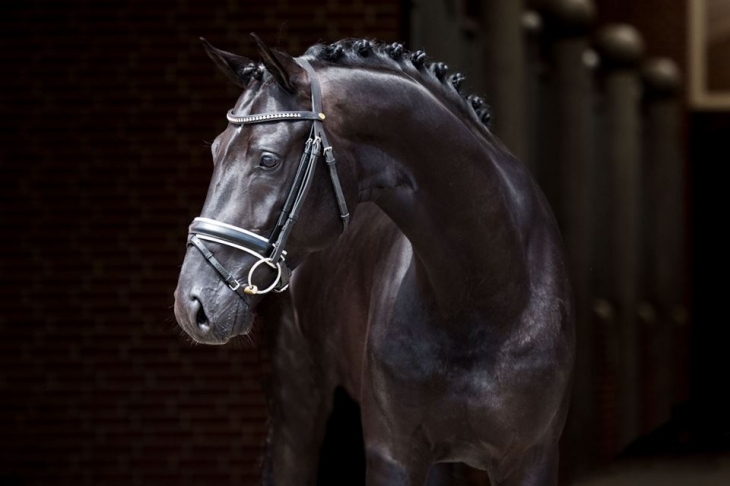 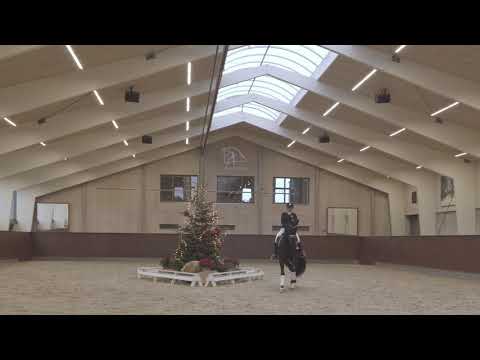 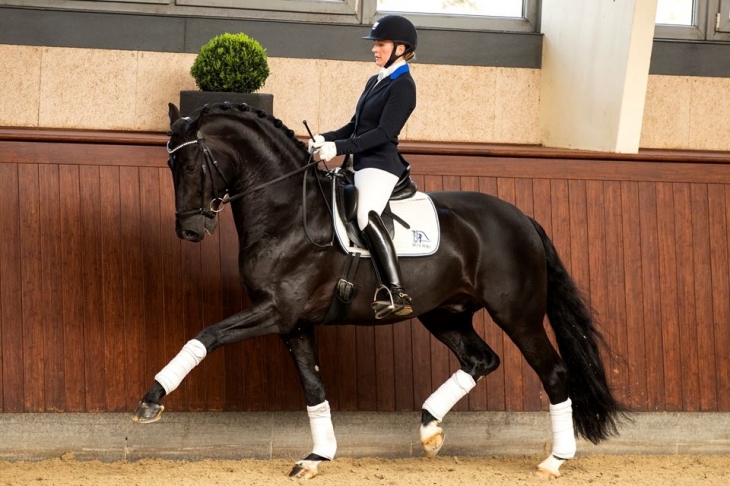 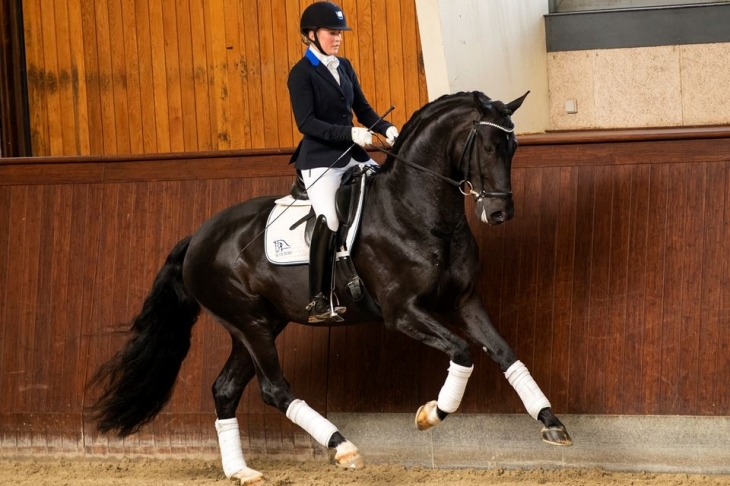 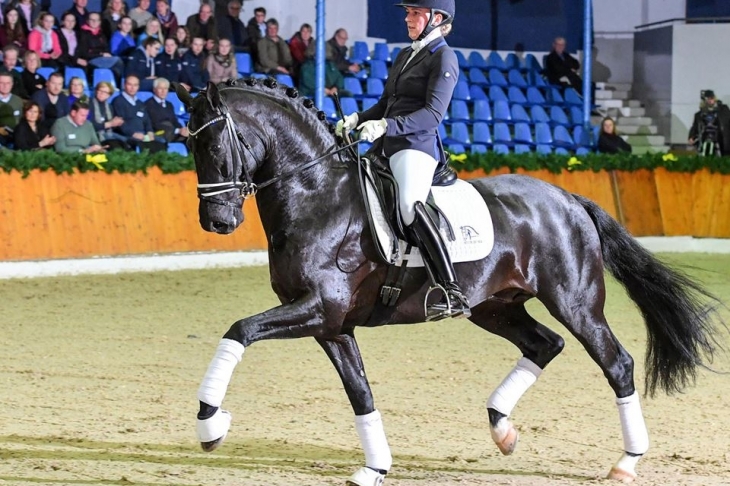 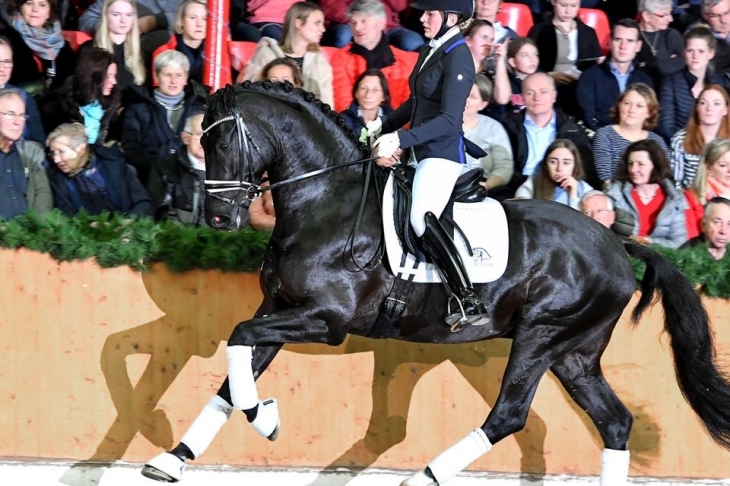 Kingston's sire is Glock's Toto Jr Nop, who was Pavo Cup Winner at the age of 5 years old.

His paternal grandsire Totilas is known for modernizing dressage. He was a team and individual Gold medalist at the 2009 European Championships. In the same year he managed to qualify for the World Cup with an incredible score of 92.3%. This score had never been achieved before. In 2010 he was Triple World Champion at the World Equestrian Games. He obtained the remarkable scores of 84.04% in team, 85.708% in individual and 91.80% in RLM. In the same year, he was crowned "Horse of the Year" by the KWPN Studbook. In 2011, he was awarded second place at the World Cup team competition.

His paternal great-grandsire Gribaldi took 1st place in the Trakehner stallion selection in 1995 and 1996. The following year, he was crowned winner of the 4-year old stallion competition and was awarded the title "Reserve Champion" of the Pavo Cup.

His great-grandfather Gribaldi was the only stallion in the world to be awarded the title of "Reserve Champion" of the Pavo Cup.

Kingston's dam is Arina, an Elite mare who sired Erina by Houston, who progressed to St George level. His maternal granddam Sarina has produced various sport horses including Griffin by United, who is an AES approved stallion. His maternal great-grandsire Flemmingh placed 3rd in his performance test in 1990 and finished 6th in the WBFSH dressage stallion rankings.

The stallion's mother is a member of the WBFSH.

Blue Hors Kingston was licensed by the KWPN in 2018. In the same year, he scored an excellent 85.5 during his 50-day test at Ermelo where he finished second in dressage. During this test, it was stated that Kingston was a reliable and honest stallion who had a good attitude and was easy to ride. At the age of 5 years old he qualified for the Young Horse Championships with a remarkable score of 95.40 points. During this qualification, he had the maximum score of 10 for trotting. In 2019 he has been approved for the Danish Warmblood at Vilhelmsborg.

Blue Hors Kingston is a black stallion who is very cooperative. He presents a good trot, with an active and engaged hindquarters. His canter is upward with tremendous impulsion and remarkable ground cover. Given his bloodline, he is suitable for a wide range of mares.

It is expected that Kingston will bequeath his excellent quality of movement, expression, tremendous handling, conformation as well as his enthusiasm for work to his offspring. According to Martin Klasven, he will improve the handling and give his foals his good looks. He also explains that "He has a lot of talent to pass on, and he will definitely be good for the work of gathering".

His offspring are meeting with a real buzz at foal auctions. Indeed, one of his sons was one of the most expensive foals at the Borculo auction. Similarly, in 2020, his Vestermarkens son Kenzo was sold for €35,000 at the Blue Hors autumn auction.