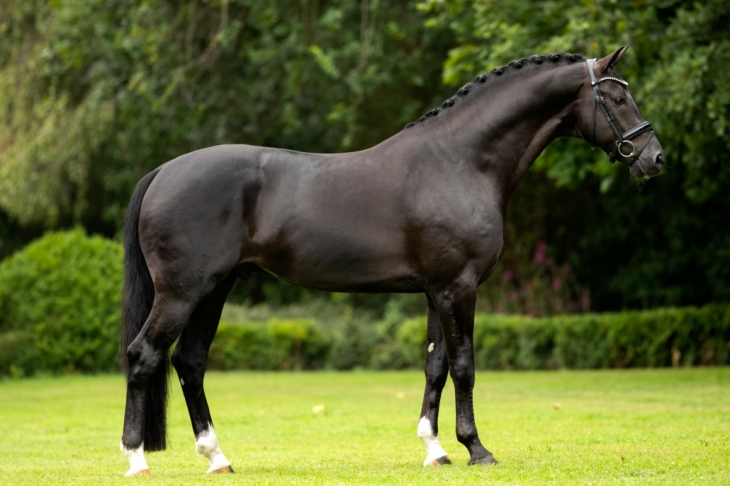 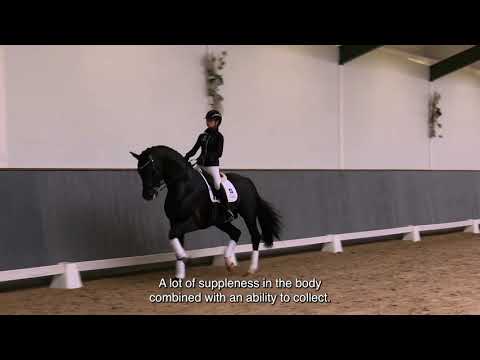 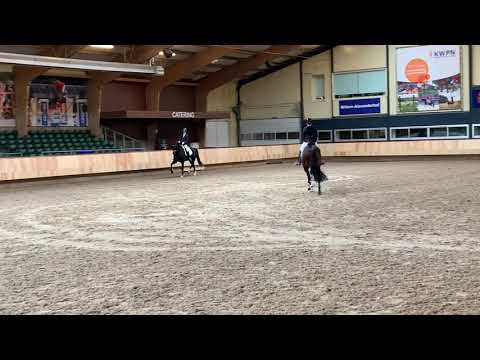 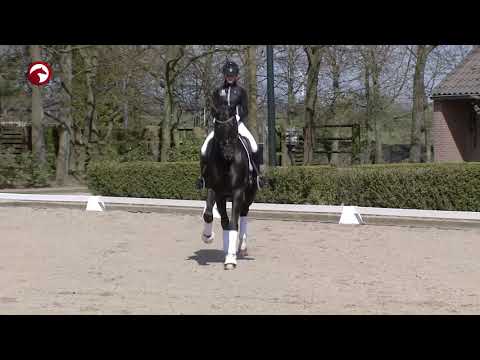 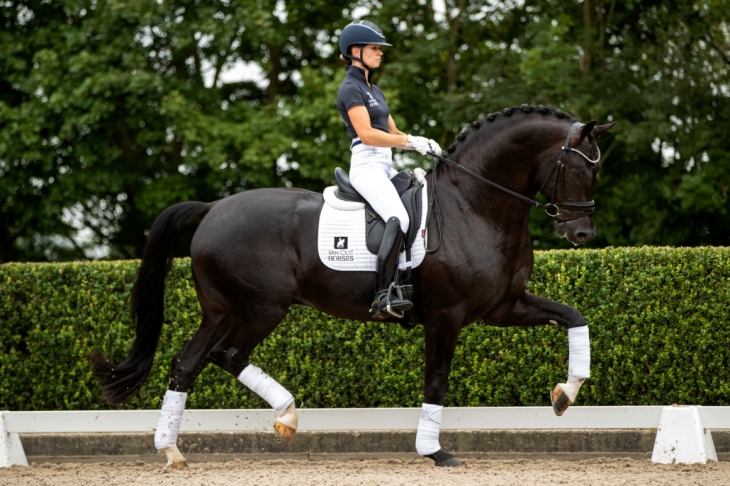 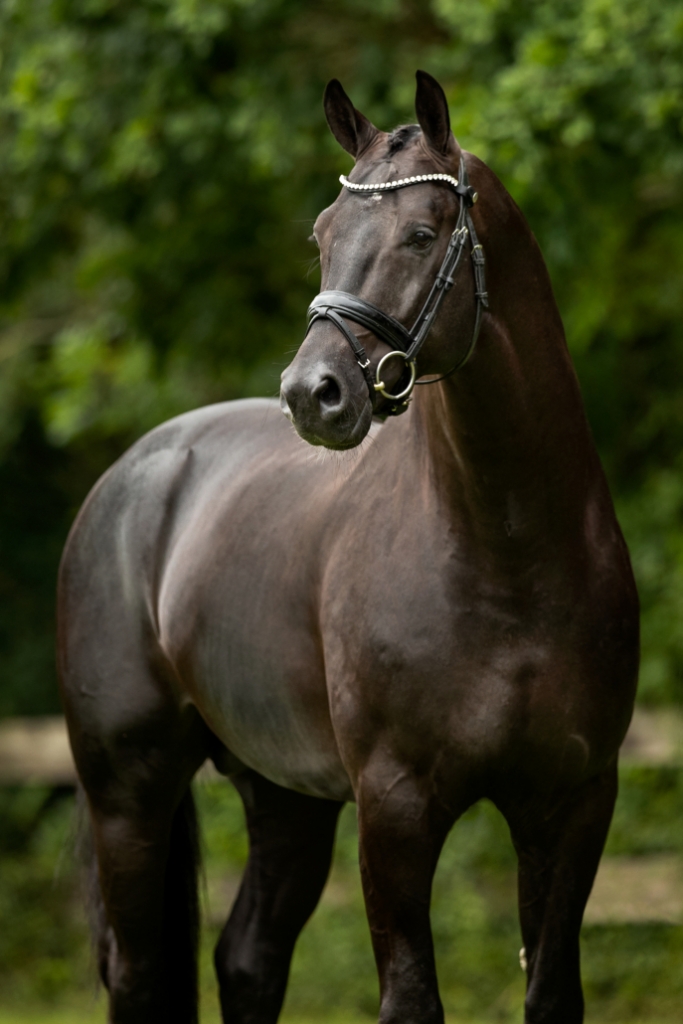 The sire is also the sire of Glamourdale, the World Champion 7-year-old.

Kjento's dam is Zoriana, a daughter of Jazz and third in the mare tests as a 3-year-old. She scored 90 points in her IBOP test, with a score of 10 for trotting and has moved up to Z level in dressage. Her brothers are competing at ZZ-Zwaar and ZZ-licht-level. Poriana, Zoriana's dam, has produced two Z2-level horses by Vivaldi. Her dam Koriana has produced Rhapsody, Zidana and Uno, all of whom compete on the Petit Tour. She also has several products by Johnson.

Kjento is a talented stallion who earned the title of KWPN Approval Champion with a total of 90 points, with a majority of 9's and a 9.5 for canter.

In 2019, he was runner-up in the Pavo Cup, finished his 4-year old stallion championship in Ermelo with a total of 90 points and was selected for the KWPN Stallion Championship in S'Hertogenbosch in 2020.

In 2021, he brilliantly won the World Championship for 6 years old with scores of 94% (in the preliminary) and 96% (in the final)! He repeated this magnificent performance in 2022 by winning the 7 year old World Championship, still ridden by British rider Charlotte Fry.

He has an excellent temperament and willingness to work. He has good gaits with a powerful rising canter.

Kjento will improve movement, range and character and bring his ability to gather.