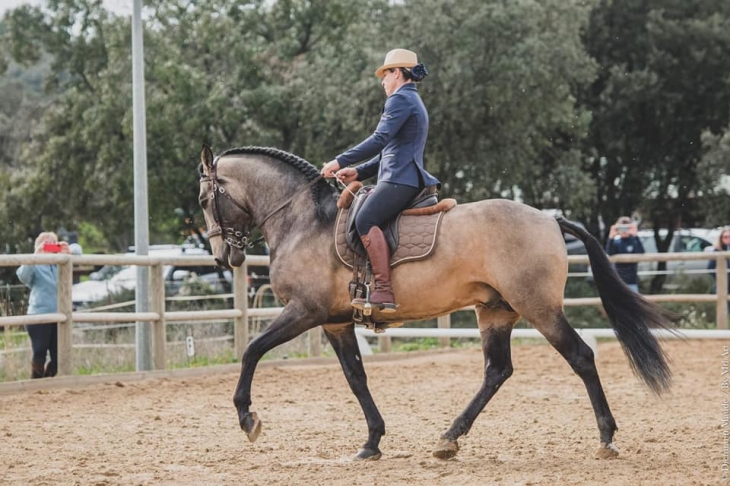 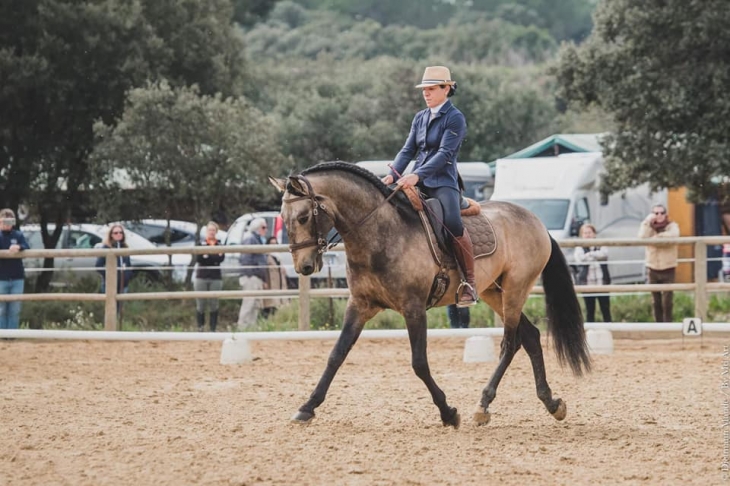 Lagarto is a son of Zorba (by R Kazan Coussoul) and Rabanada (by Marfim RBV).

His sire, Zorba, is a son of R Kazan Coussoul, gold medallist at the French Lusitano Championship at 4 years old, and the only French horse to have been rewarded by becoming supreme champion in 2005 and runner-up in 2006 at the International Lusitano Championship in Lisbon. R Kazan Coussoul is one of the few French stallions to have been awarded the title of recommended stallion by the Portuguese Lusitano Association.

The stallion is also the only one to have been awarded the title of recommended stallion by the Portuguese Lusitano Association.

Lagarto is an extremely kind horse: he is very easy in daily life, in care, to take out to the paddock but also during transport and collection. He is a stallion who is always available under the saddle, he is not fussy. He has 3 good gaits including a very good canter, and he always gets noticed thanks to his singular color.

Lagarto was approved in March 2022 with 70-point punctuation.

Lagarto was confirmed in March 2022. This is his first season riding.