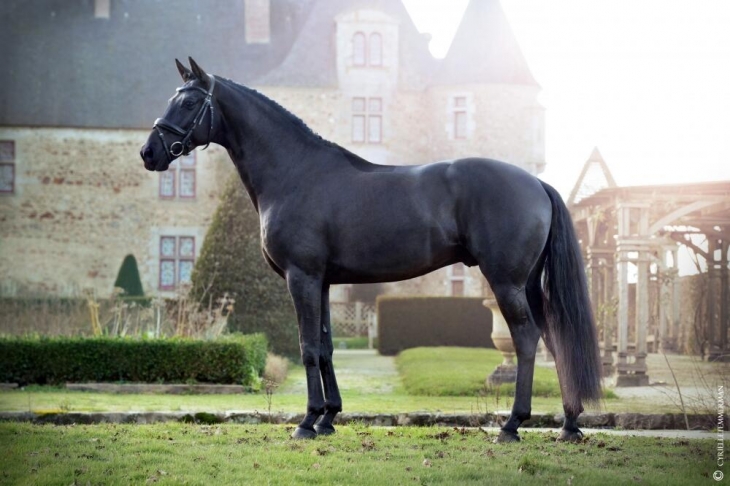 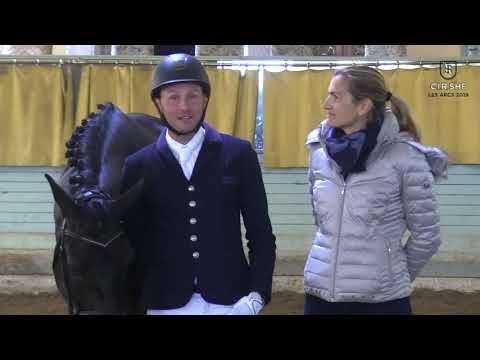 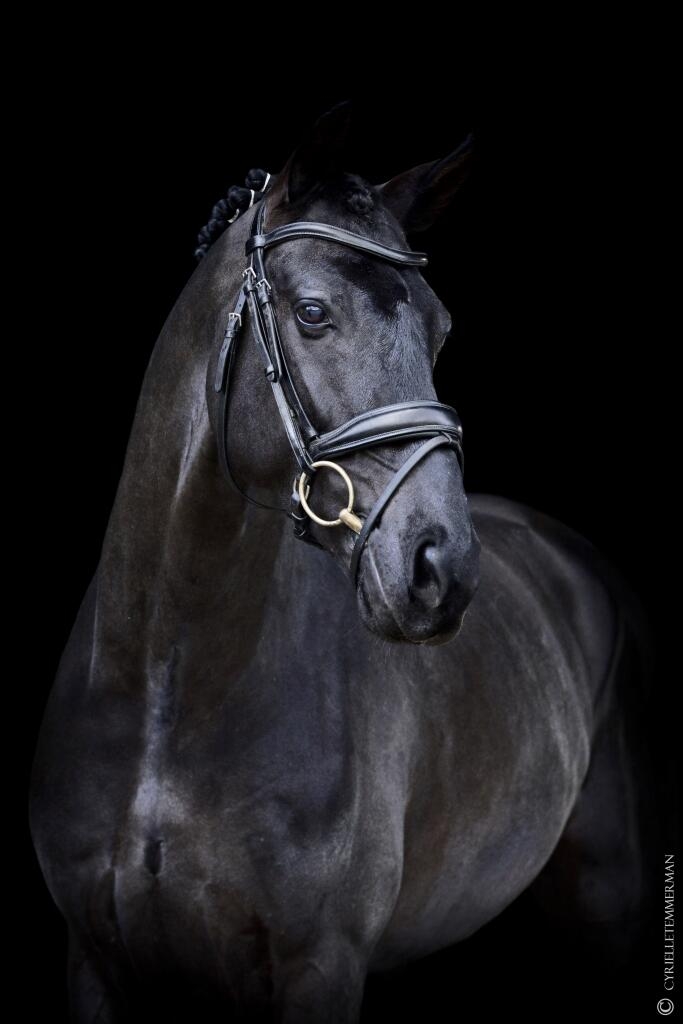 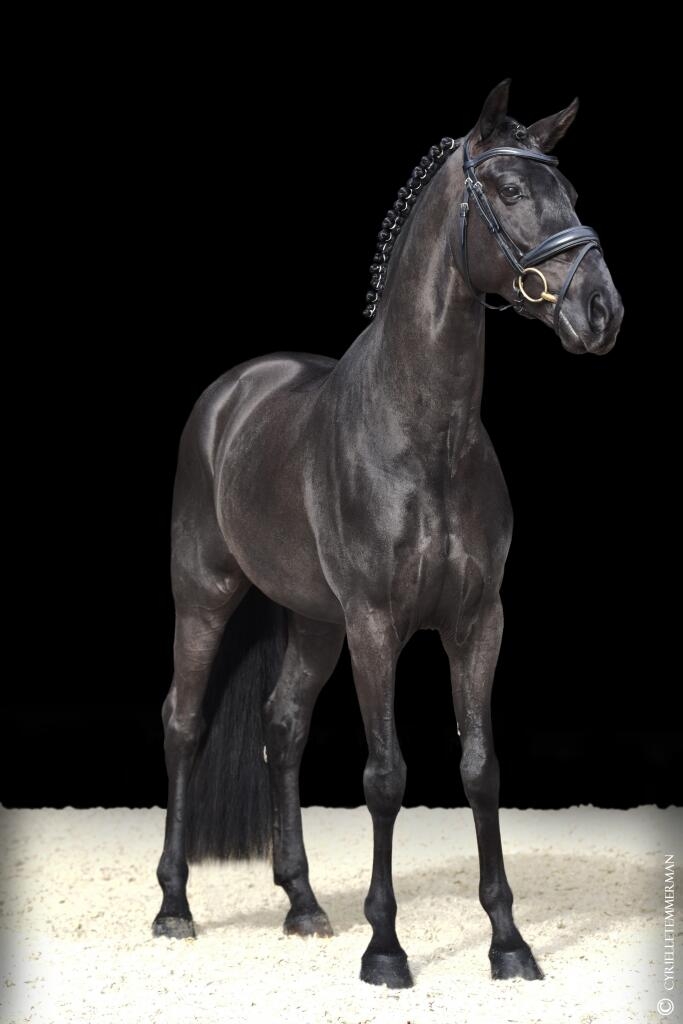 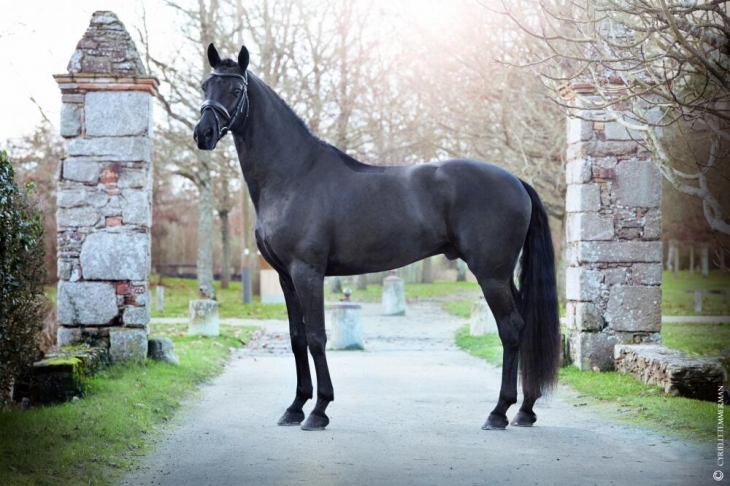 Massa's Lamborghini is out of a Nordic x Lusitano cross: his sire is the Olympic Everdale, ridden by the British Charlotte Fry. Winner of his performance test in 2012, winner of the Pavo Cup at 4 years old, he started the Grand Tour with a victory and the average of 77.43%. In 2021, Everdale and Charlotte Fry finished 3rd as a team at the Tokyo Olympics and 2nd as a team at the European Championships in Hagen. A son of Lord Leatherdale with a dam by Negro, Everdale comes from the crossbreed that has produced crackers - Glamourdale, Chippendale, to name a few.

Lamborghini de Massa is out of the same dam as St. George-rated and Pro 1-winning Qazar de la Font.

At the age of 4 years old, Lamborghini de Massa was awarded excellent in Classic Cycles.

He was a finalist at Saumur at 6 years old.

Massa's Lamborghini is almost exclusively dedicated to the sport until 2022.