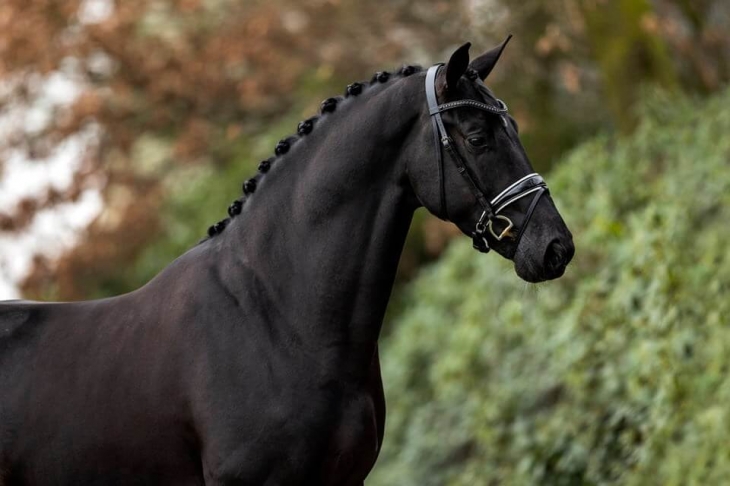 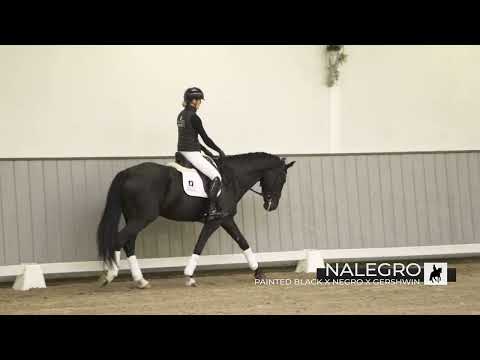 Nalegro is a son of Painted Black (Gribaldi) and Jalegrofleur (Negro): with origins like that, he has a bright future ahead of him.

His sire, Painted Black, has had a long career at international level, revealing an excellent mind and stamina. He first performed under Hans Peter Minderhoud, who placed him as World Vice-Champion for 6 year old dressage horses, before being handed over to Anky Van Grunsven. He also won the Dutch Championships in 2008 and finished third in the World Cup in Las Vegas in 2009. He joined Morgan Barbançon Mestre's stable in 2011, with whom he competed for Spain at the 2012 London Olympic Games and then at the 2014 World Equestrian Games in Caen before finishing in the World Cup final in 2015. He retired in 2016 at the age of 19, after 15 years old at the highest level. He is ranked third in the KWPN-index, and has an index of 169 with 90% accuracy.

Nalegro's dam, Jarofleur, is none other than Valegro's own sister, winner of two Olympic gold medals at the 2012 London Olympics and a gold medal at the 2016 Rio Olympics. He has also been European Champion, World Champion, a three-time world record winner, KWPN Horse of the Year in 2014 and the most successful dressage horse in history.

Negro was the top 6-year-old stallion at the Verden World Championships and won 3 of his 4 events on the Petit Tour. His Grand Tour debut was equally convincing with a score of 72.50%, demonstrating his talents for piaffe and passage. In 2017, he was voted KWPN Stallion of the Year.

Nalegro is a very willing and powerful stallion. In the trot, he has a lot of impulsion and is very active. The canter is very powerful, with projection. Nalegro moves with a lot of suppleness and in a very good balance, he shows a certain ability to gather. Nalegro has a lot of talent and gives his rider excellent sensations.