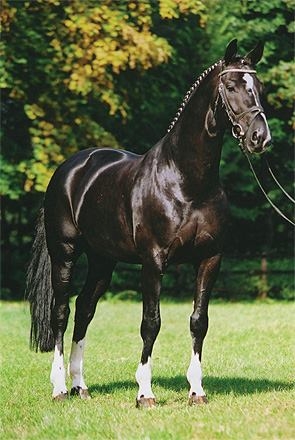 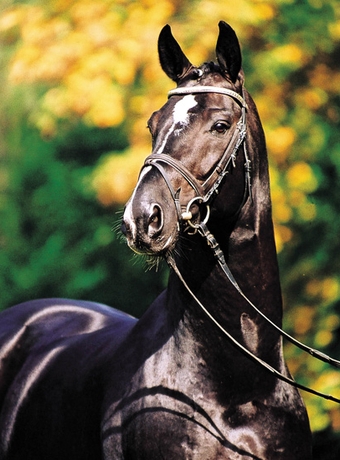 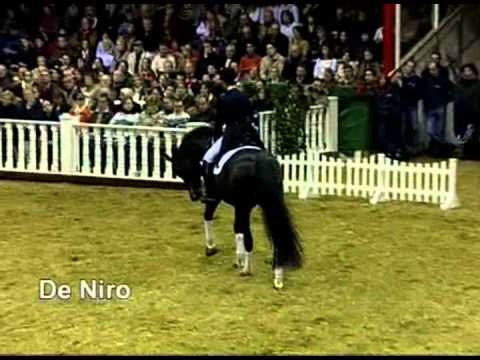 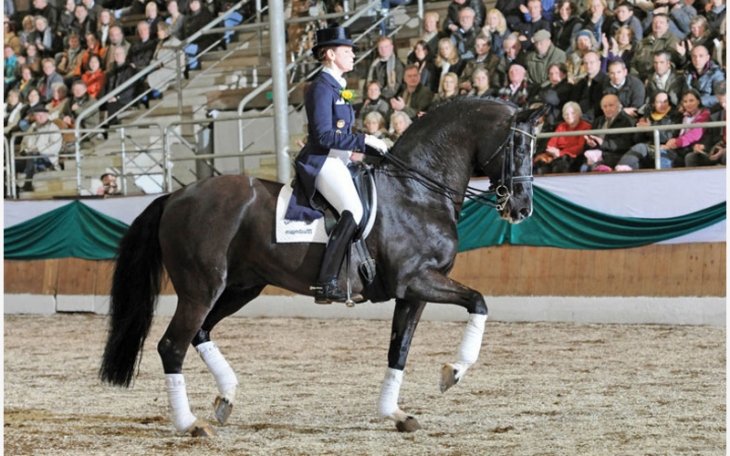 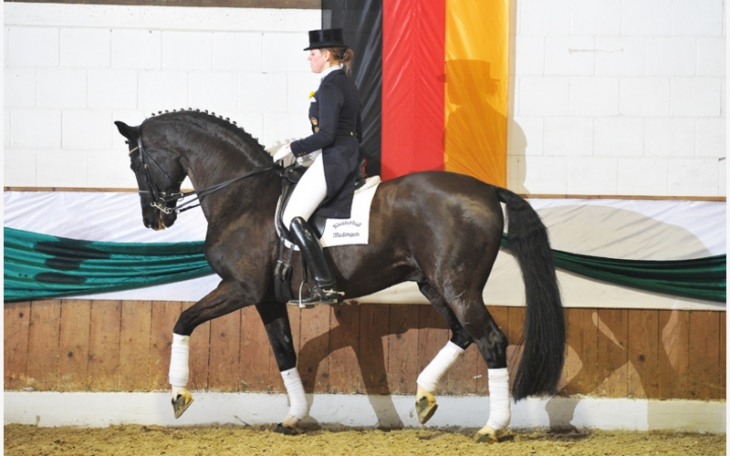 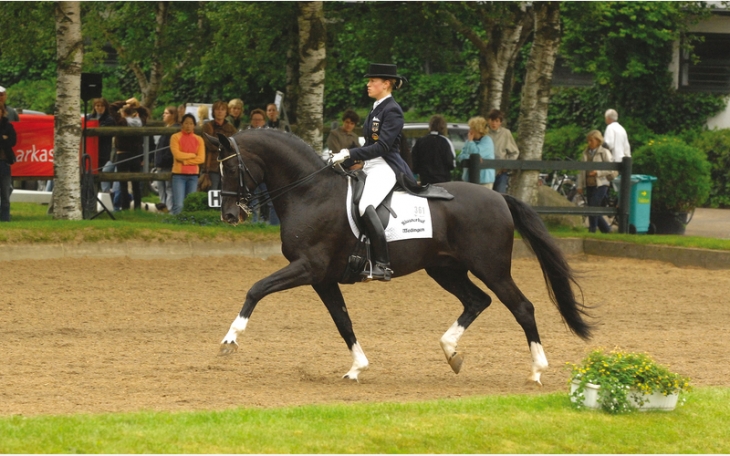 THE LEGEND! De Niro is undoubtedly the stallion who will have most marked the dressage horse in the whole world: his own performances, his production to which he bequeaths his facility, and his ancestry speak for themselves. A true legend of which we still have some frozen glitter.

De Niro is descended from Donnerhall, himself a breed leader who will have left his mark on his time: world and European team champion, he is one of the founders of the modern dressage horse, no less.

With over 2,400 registered offspring worldwide, including nearly 450 approved stallions, De Niro is undoubtedly THE must-have breed leader. A true legend.

He signs his offspring by an outstanding activity of the hindquarters, his very great practicality and his strength. Having De Niro as an ascendant is very often synonymous with practicality and ease under the saddle.