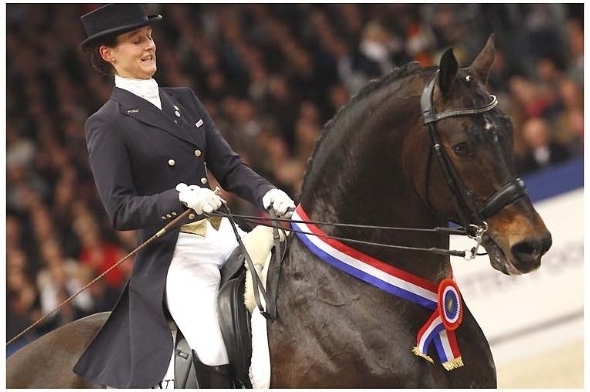 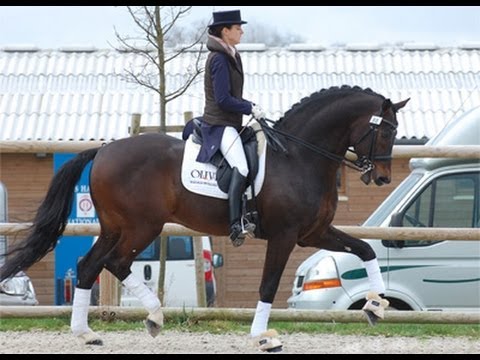 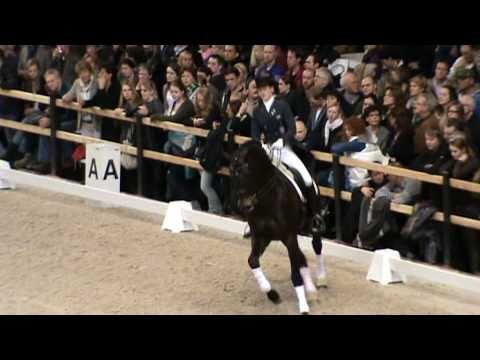 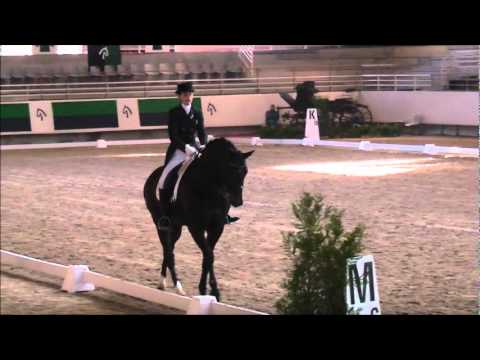 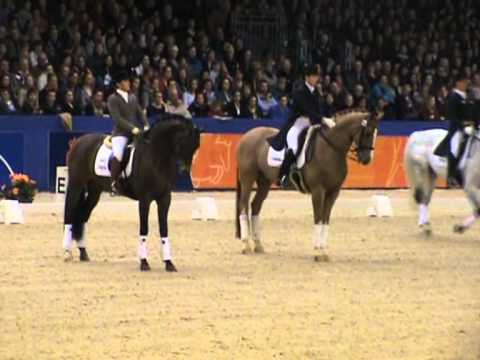 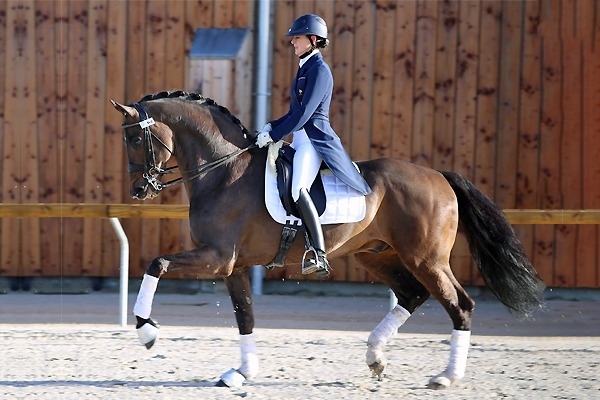 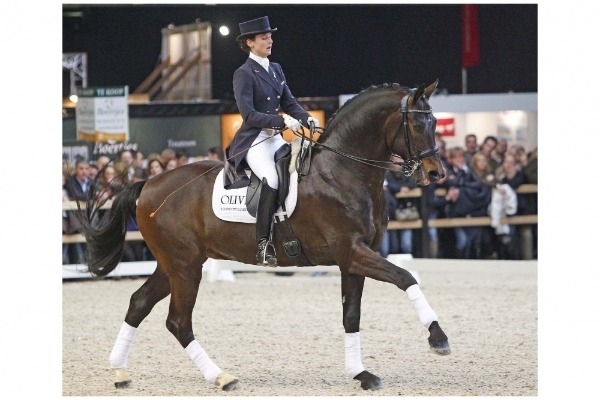 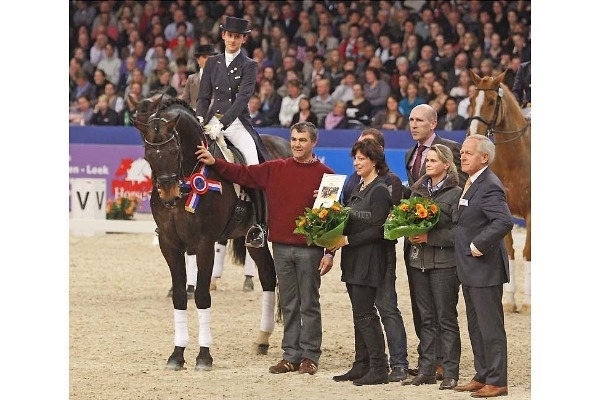 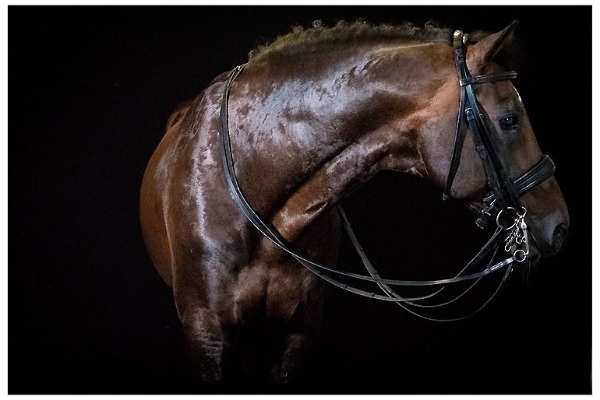 His sire, Jazz won the 2001 Amsterdam World Cup Grand Prix with a wonderful average score of 74.6%. In 2002, he competed at the Olympic Games in Barcelona. In 2005 he was the winner of the CHIO in Aachen with the German team and also won the Grand Prix in Kootwijk with the magnificent score of 72.78%. In 2006 he was awarded the title of "Horse of the Year" at the KWPN. In 2017 he won the Special Grand Prix in Rotterdam with the consistent score of 72.52. In the same year, he was voted 5th best sire of winners in the WBFSH dressage rankings. His offspring include Parzival, who is among the top of the WBFSH world rankings and was an international winner for Holland, as well as Paster, who was Dutch Champion of 4 and 5 year olds. For many years Jazz has been in the top position in the WBFSH stallion rankings.

His paternal grandsire, Cocktail was a Grand Prix Dressage Winner on several occasions.

His dam, Halla Utopia was a winner in dressage as well as CSI Intermediate I. She was crowned Elite Preferent Sport. She comes from the Utopia line, one of the most important in the Netherlands. Her pedigree includes Vanity Utopia and Lady Utopia.

Her maternal granddam, Charisma Utopia was awarded the title of "Keur Preferent Sport" and evolved to the intermediate level. She is the dam of Wunderbar, who is a stallion who competes in 1.40m jumping events in Holland.

Her great-grandmother, Charisme Utopia, is the only one of her kind in the Netherlands.

Her maternal great-granddam, Monica Utopia, was awarded the title "Keur" and sired a dozen offspring, among which is Unique a "Keur" mare.

Performances 1999
In 1999, Olivi was runner-up for 3 year old stallions at the KWPN Studbook in Hertogenbosh,
- Dutch Dressage Breeding Index 168 (CD 85%)

- He is ridden by B. Bax with success at the International Petit Tour level.
- In 2005, he brilliantly won two international ZZ Grand Prix events in Ermello and placed 3rd during the Wintercup,
- In 2006, Olivi was a winner in Uden in the Petit Tour.

Performances 2010
February 2010: Olivi is invited to Hertogenbosch by the KWPN to be presented to a large and enthusiastic Dutch audience.

In 2010: He participates in various shows in the Netherlands until September when he returns to France to be frozen at the Haras du Feuillard and to participate in the St Lo Dressage Competition where he is placed with Maxime Collard, 2nd of the Prix St Georges.

The "KEUR" predicate is awarded when a stallion's production is shown to be excellent compared to other stallions in terms of sporting and morphological criteria. In practice, this means that a stallion must have an athletic index of over 140 with a high percentage of reliability. The ability of the stallion to transmit a good model also plays an important role in obtaining this predicate. A stallion that meets all the sporting requirements for the KEUR predicate may be deprived of it if he does not transmit a good model to his offspring. The KWPN stallion selection committee has decided that OLIVI (Jazz x Aktion) deserves the "KEUR" predicate based on his high genetic value and the qualities he transmits to his offspring over 7 years old that stand out at the highest international level.

Performances 2017
In 2017, he is ranked 18th of the world's best dressage stallions on the WBFSH Ranking.

Olivi is a bay stallion who bequeaths to his offspring a sustained trot possessing lift and suppleness, a wide stride as well as an extremely powerful canter while being very balanced. He has a great genetic imprint as demonstrated by his offspring. He can produce dressage and Eventing horses and has very good fertility in frozen.

It may be relevant to use Olivi as a dam sire as was done for the stallion Astrix who is getting noticed for his many great performances. His offspring are noted for their mentality, ability and physique. Olivi has been awarded the Keur label by the KWPN, which shows his important genetic value. In 2008 and 2009, he was elected first sire of competitive 7 to 9 years old products at the KWPN BEWAARBOEK.

Oivi's imprint in the genetics of many current stallions is a testament to his high genetic value:

- Janeiro Platinum who was Bronze Medalist at the Danish Championships

- Ucelli T who was National Pavo Cup Winner in 2006 and finished second in the World Championship for 6 years old in Verden.

Olivi's descendants are highly regarded during auctions. Indeed, his son Triviant 2 was sold
€420,000 during the prestigious PSI sale in 2005 and his son UB €40,145,000 during the KWPN selective sale in 2004. In 2019, Olivi was ranked second in the Ranking of top KWPN stallions just behind his sire Jazz.