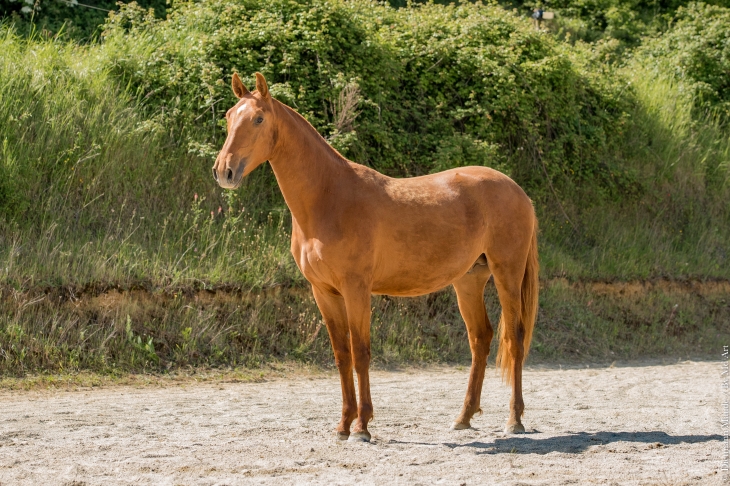 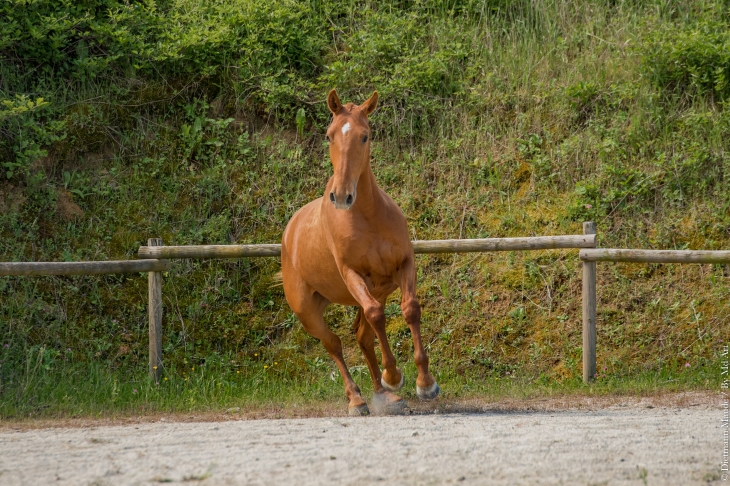 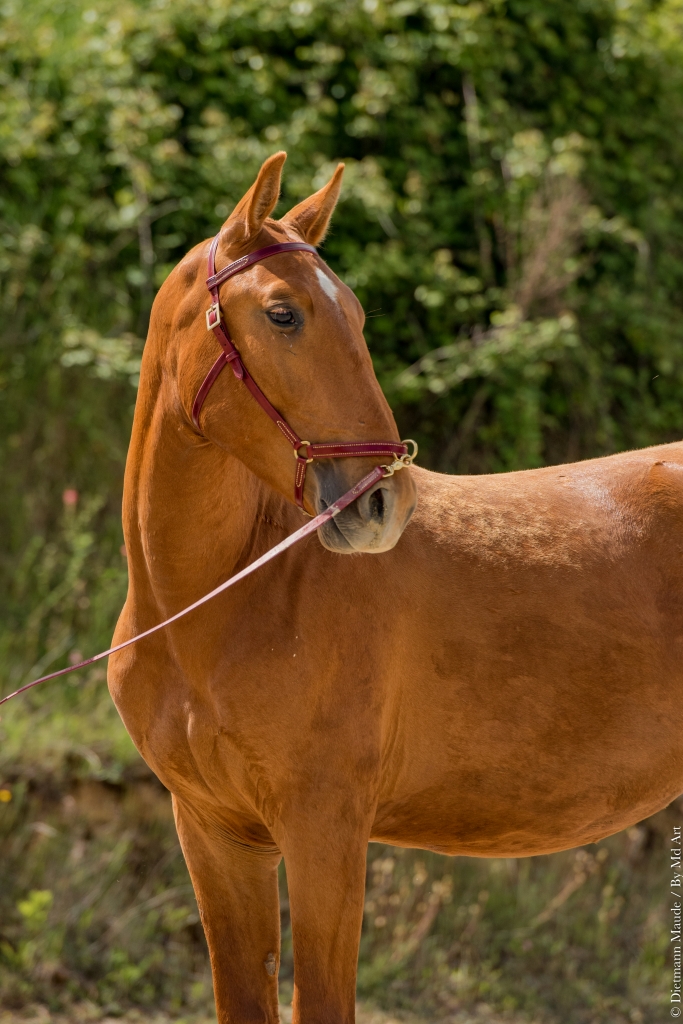 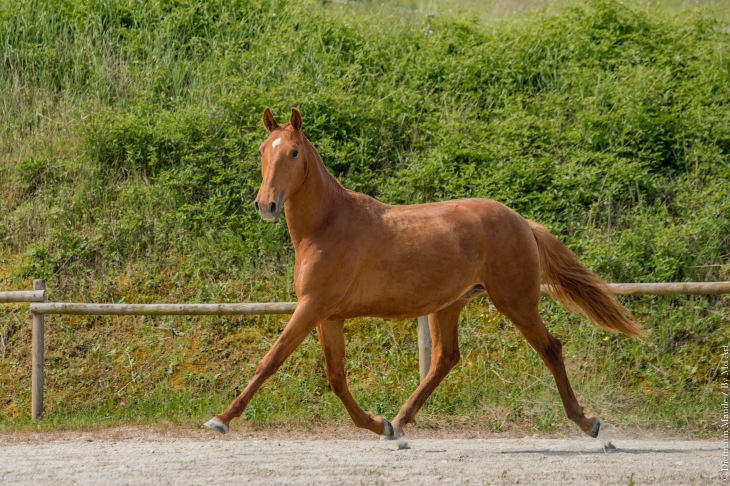 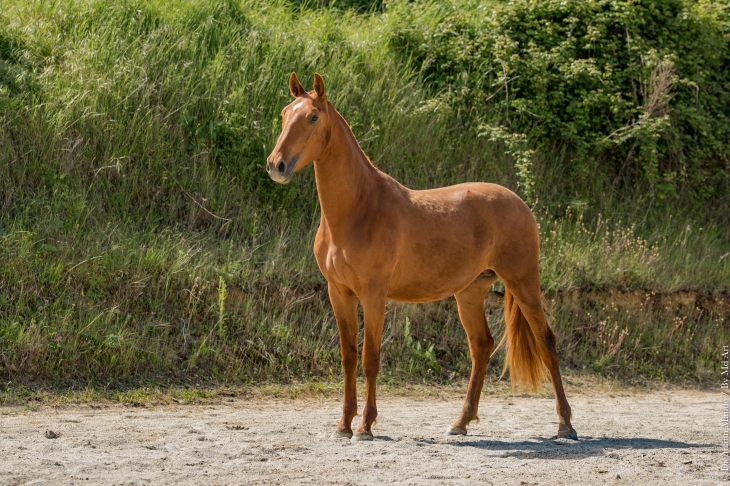 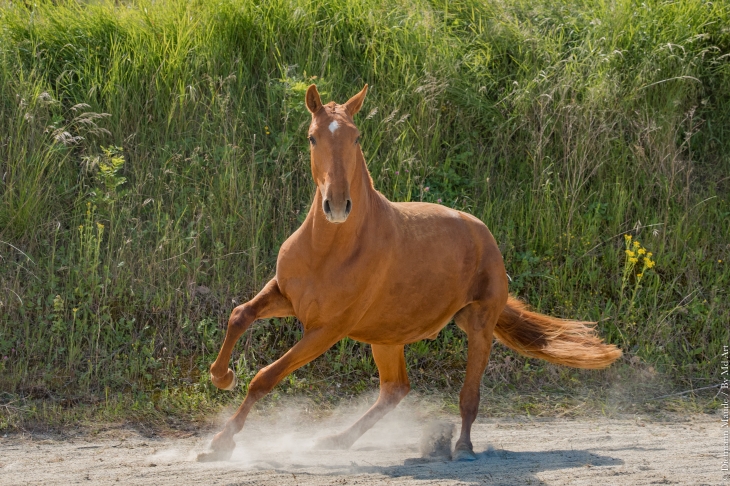 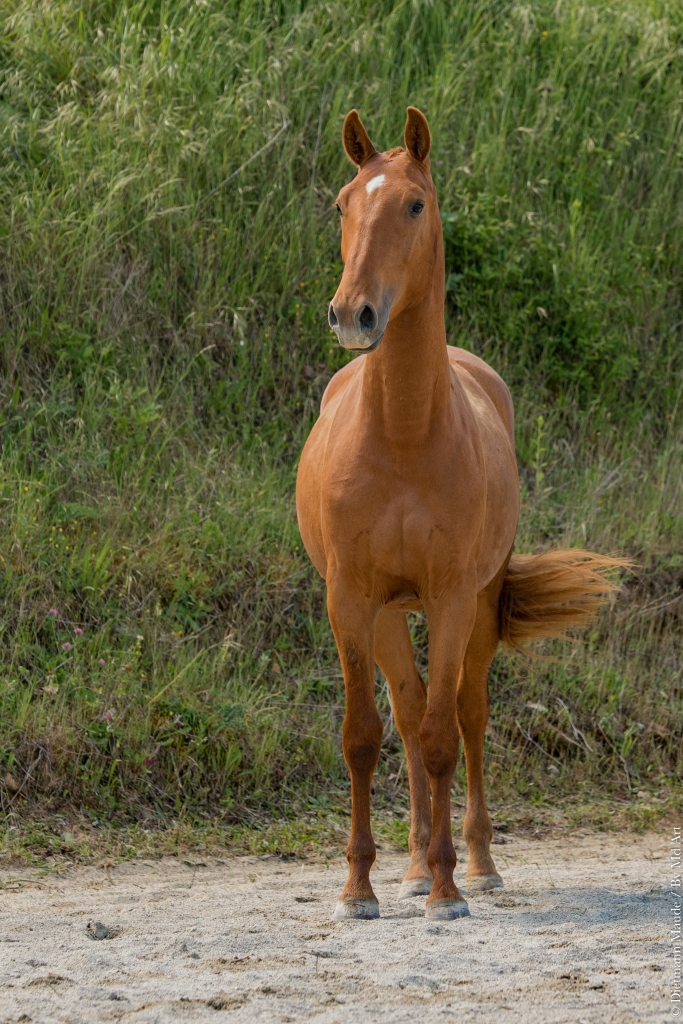 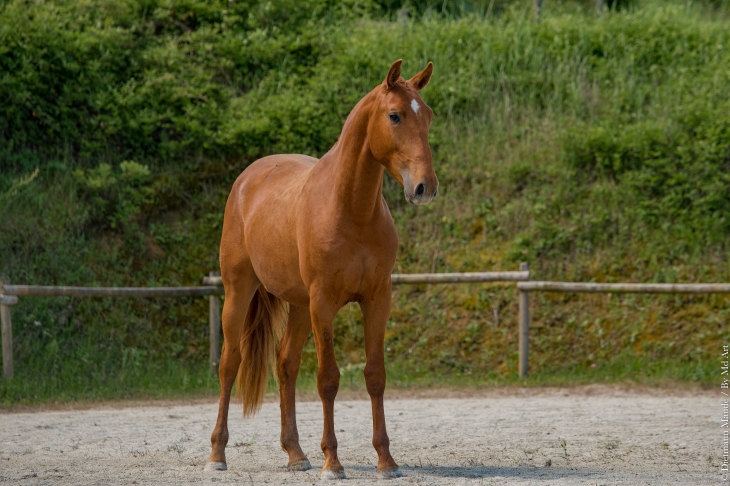 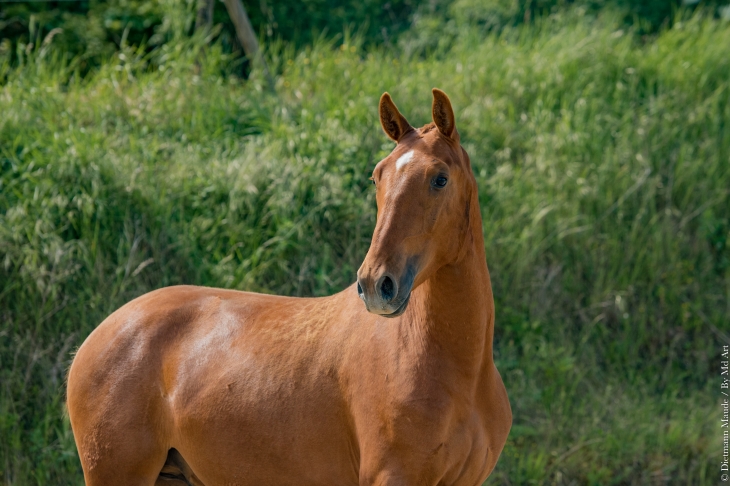 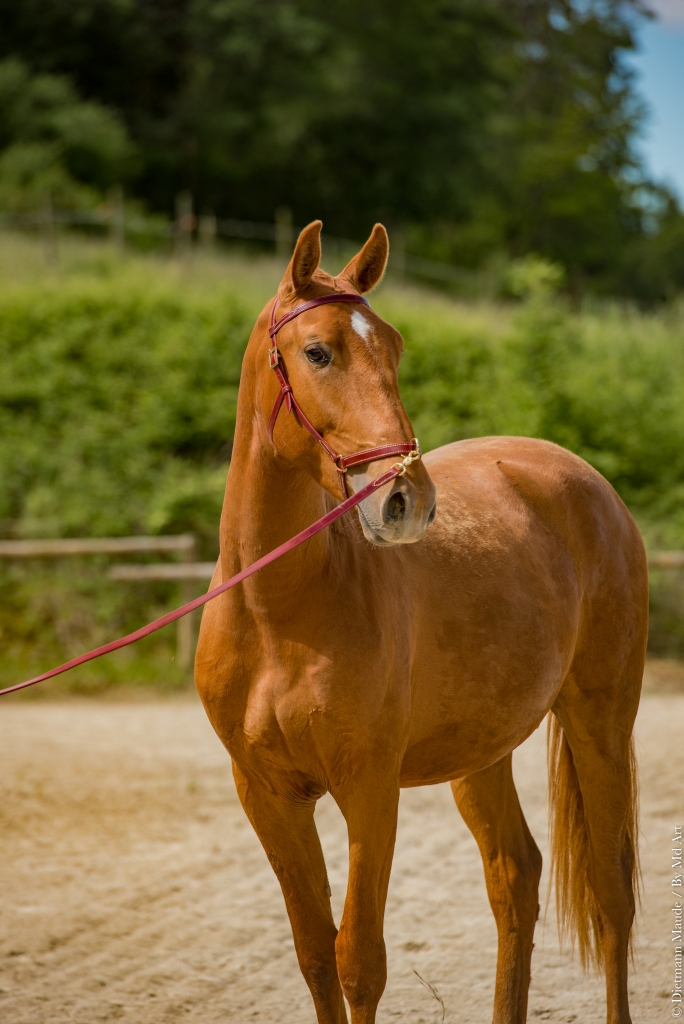 Passéo is the grandson of Nevao ARC, a well-known stallion in the field of driving who has competed with François Vogel in many competitions. He is also the grandson of Xerife XL, a stallion known in the show world under the saddle of Gari Zoer. He also has prestigious origins with 25% Andrade blood.

Passéo de la Tour is a half-brother to Ninfa de la Tour who was scored at 74.5%, placing her 4th nationally at the 2022 autumn session.

In terms of character, Passéo is a composed horse and very close to humans. He lives in a herd of males all year round and evolves in walking and free work while waiting for his breaking in the winter of 2022.

Passéo de la Tour has inherited the powerful morphology of his sire and the suppleness of his dam which offers him gaits with amplitude and commitment. He has a quiet strength that can be freely spaced when asked but quickly calms down once the exercise is performed.

As a sire, Passéo will be able to bring frame and power to his foals.

Passéo de la Tour has not yet bred at this time and will begin his season as a stallion as early as March 2023.