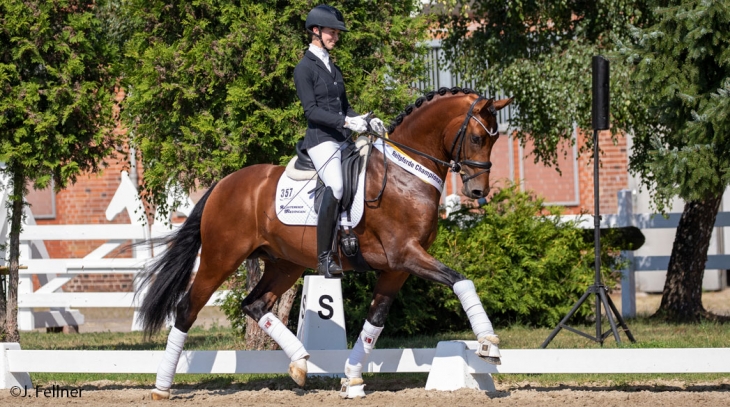 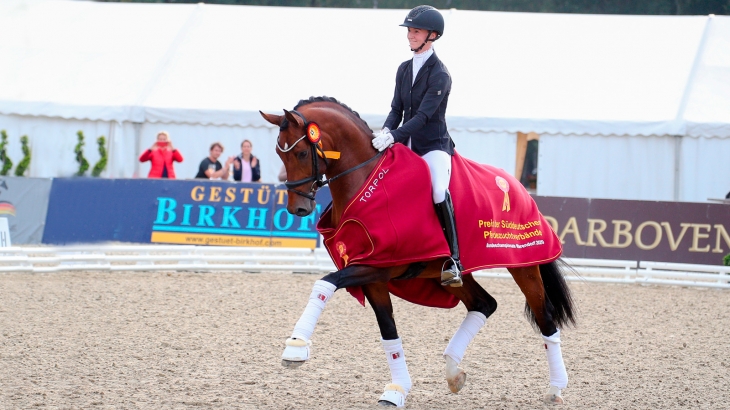 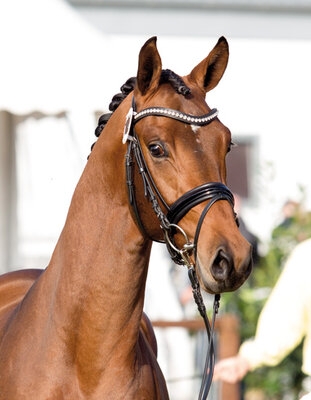 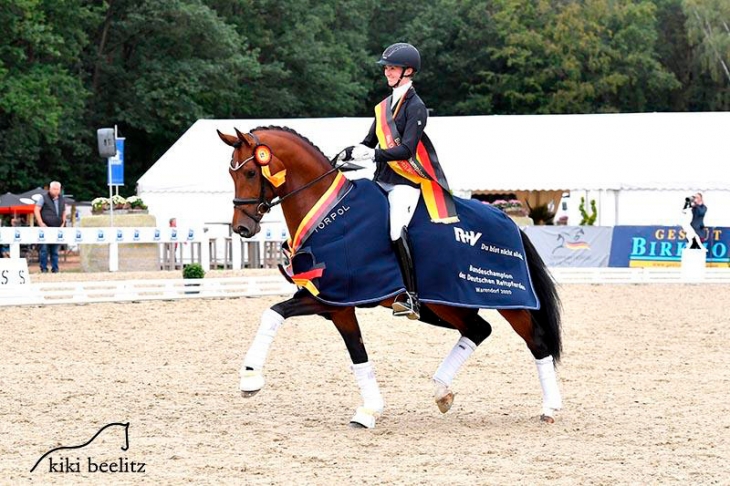 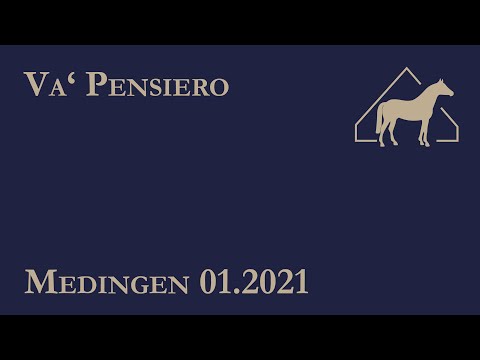 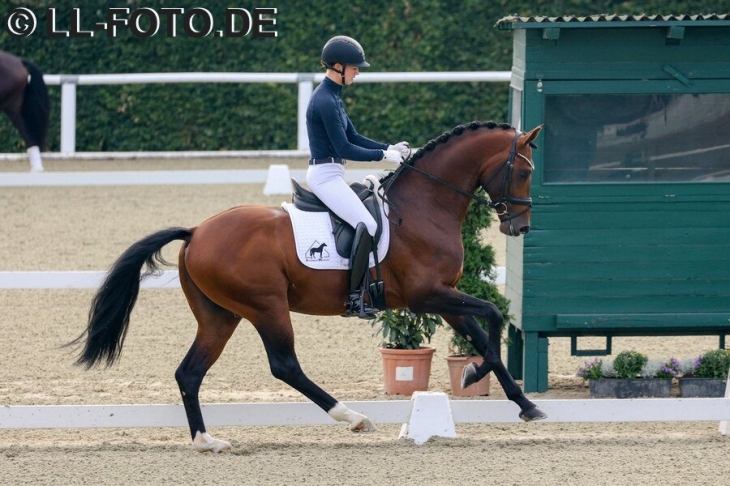 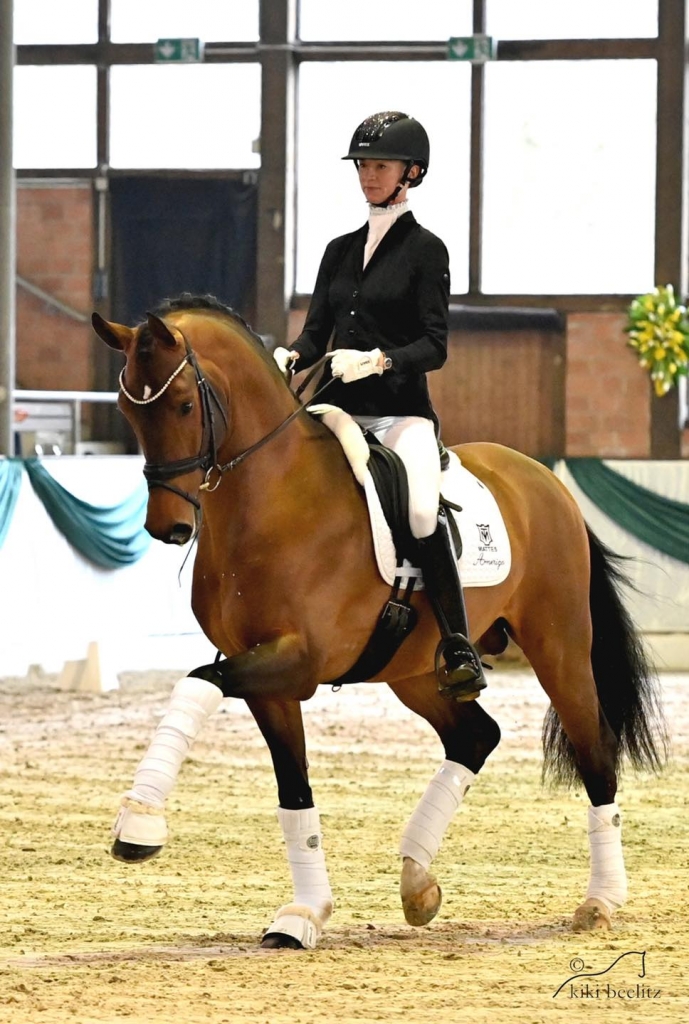 Va Pensiero is a son of Vitalis (by Vivaldi) and Floies (by Fürstenball).

His sire Vitalis has won events at the St. George level and has sired numerous approved and award-winning stallions, including Valverde and First Step Valentin.

Vitalis was crowned Dutch Foal Champion in 2007 and North Rhine-Westphalia Licensing Stallion Vice Champion in 2009. At the age of 3 years old he won the dressage index of his performance test. In 2012 he was placed at the World Young Horse Championships, but also in the Pavo Cup final.

At the age of 7 years old, Vitalis started competing and found success in international in 2014 with the Petit Tour. In 2016, he returned to Germany and won the Burg-Pokal final in Frankfurt, which awards horses in training level St Georges. In the same year, he also won the "Stallion of the Year" award for the Inter I level at the World Championships in Ermelo.

His dam Floies is by Fürstenball, who has sired no fewer than 84 approved stallion sons, including Fursten Look who was Hanoverian Champion in 2015 and won bronze at the 2019 World 7-Year-Old Championships and Fürst Oliver who was Hanoverian Champion and placed at the German Championships. He also has Heiline's Danciera who finished second in the Grand Prix and Grand Prix Special at the CDI5* in Herning as well as 3rd and 4th in the Grand Prix Special at the CDI3* in Randbol. His son Furst Toto was sold Top Price €37,000 at an auction after his splendid test performance.

Va Pensiero accumulates a nice record of achievements despite his young age. He won his 14-day test with a score of 10 and then went on to win the Hannoverian Championship in 2020 at the age of 3 years old. That same year, he won the German Championship for 3 years old with excellent marks: 9.5 for walk, 9.5 for trot, 9 for canter, 10 for dressage and 9.5 for conformation.

The following year, he was a winner in the young horse A class. He also won his test at Munster Handorf with a score of 9.36!

Va Pensiero will suit a wide range of mares whose suppleness, activity, strength he will improve. He transmits his rhythmic and dynamic gaits, his model and his very good topline.