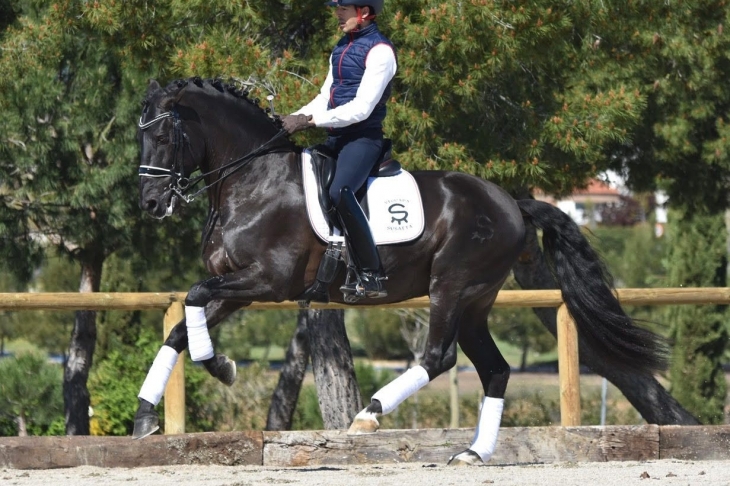 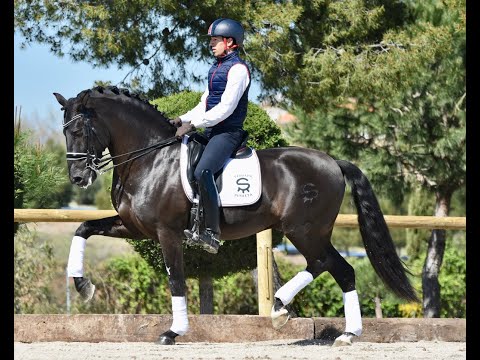 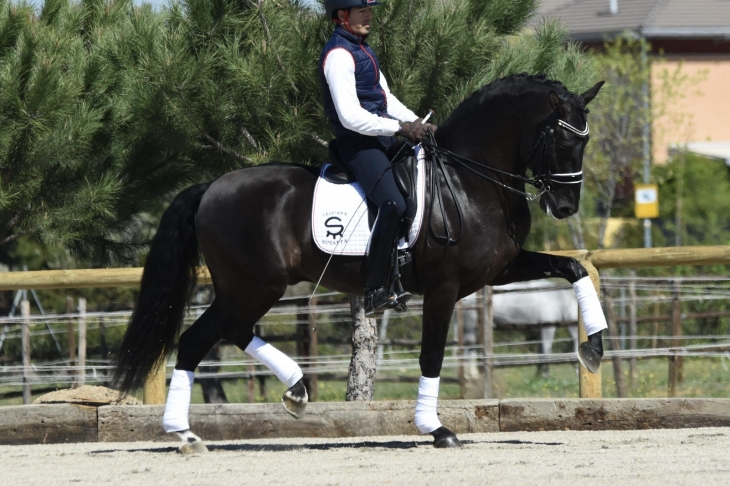 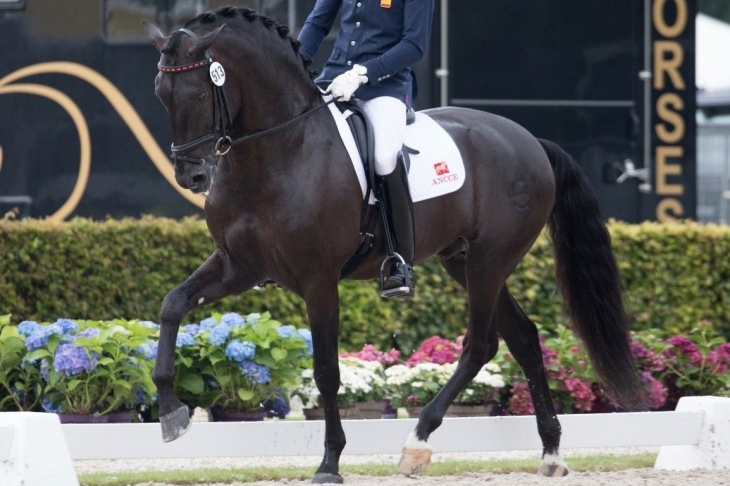 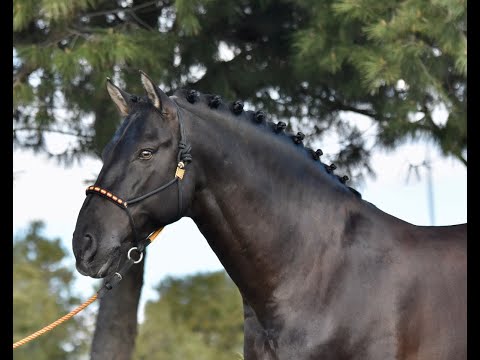 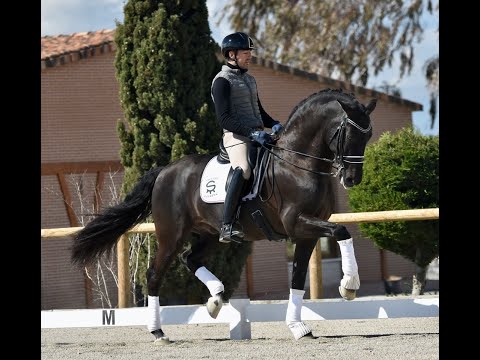 His sire Cacique IX is a Supreme Elite stallion. He is the only black colored stallion to have all 5 possible badges for a purebred Spanish stallion.

His paternal grandsire Ermitano III was the first stallion to be crowned Elite.

In 2016, Poeta de Susaeta was crowned PRE World Champion in Sicab. During this championship, he achieved the amazing average of 83.80% in dressage. This average is the highest ever achieved by 4 years old foals.

The following year, he was the 5 year old PRE World Champion at Sicab achieving an outstanding average of 80.5%. He also took part in the World Championships for young horses in Ermelo under Spanish colours.

In 2017, he was Vice-Champion of Spain in the 5 years old Young Horse Championship, where he was the only PRE horse present on the medal board. In the same year, he was Champion following the Young Horse Selection Trials (PSCJ).

In 2018, he won the final test for 6 years old in the CDI*** at Toledo. To get this Champion place, he got the fabulous score of 80,6%. In the same year, he competed for the second time at the World Championships in Ermelo under the Spanish colours.

In 2021, at the CDI 3* in Madrid in May, he won both the PSG and the Inter I. The following month he was Spanish Champion at PSG level. In Aachen, he placed 5th in the CDI 4* with scores above 72%.

Poeta de Susaeta is a black stallion with beautiful gaits as well as a remarkable willingness to work, qualities he passes on to his offspring.