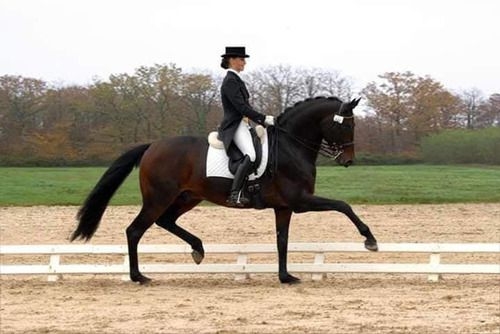 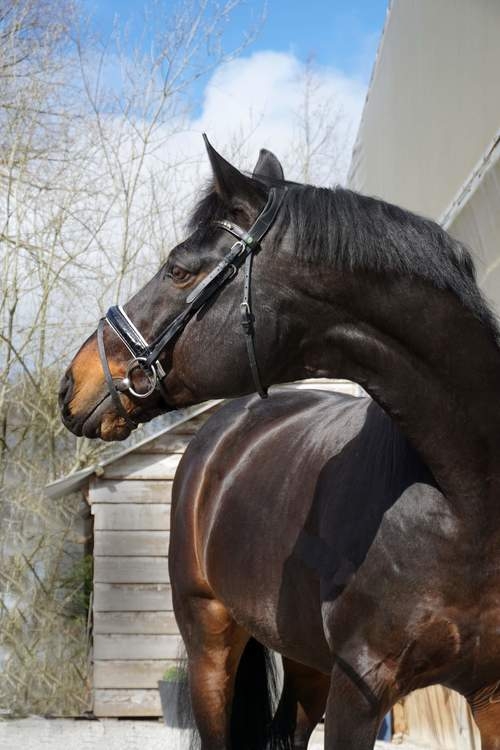 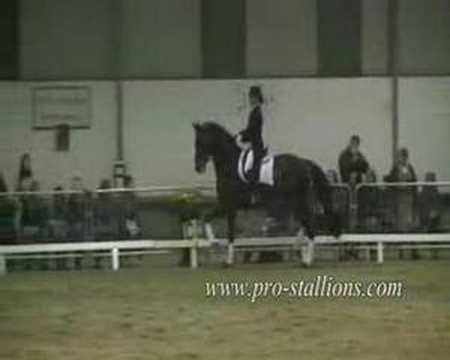 Rifaisos is a sport horse par excellence: he shows a lot of strength in the back associated with a very nice balance. He has a superb mind and is very generous.

Rifaisos is by Riccione and Finanza (Faisal). His sire is a world class stallion who has 13 stallion sons.

Rifaisos is homozygous and does not produce any chestnuts.

Rifaisos began his sporting career at the age of 4 years old while stationed at the Haras de Warendorf. During this first year of competition, he obtained, in young horse competitions, scores of 9 in walk, 8.5 in trot, 9 in canter and 9 in submission.

In December 2006, he won first prize in the Models & Gaits of the Prix du Roi in the light weight category.

During the Grande Semaine de l'Elevage in Saumur in September 2007, he obtained the dressage label.

Rifaisos is very fertile, both fresh and frozen. His semen is of impeccable quality with almost 100% mares in foal.