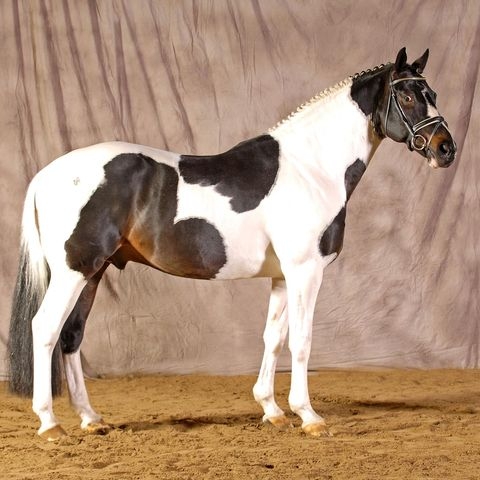 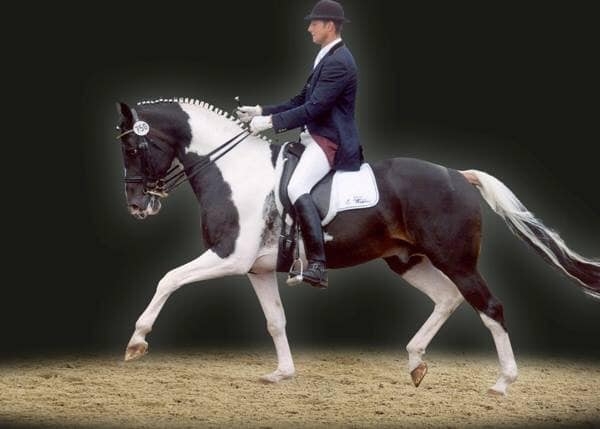 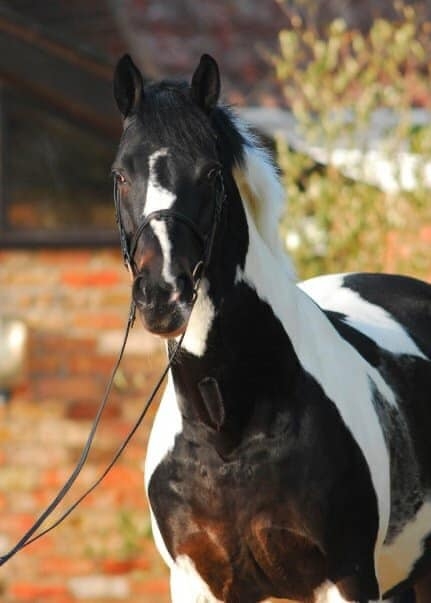 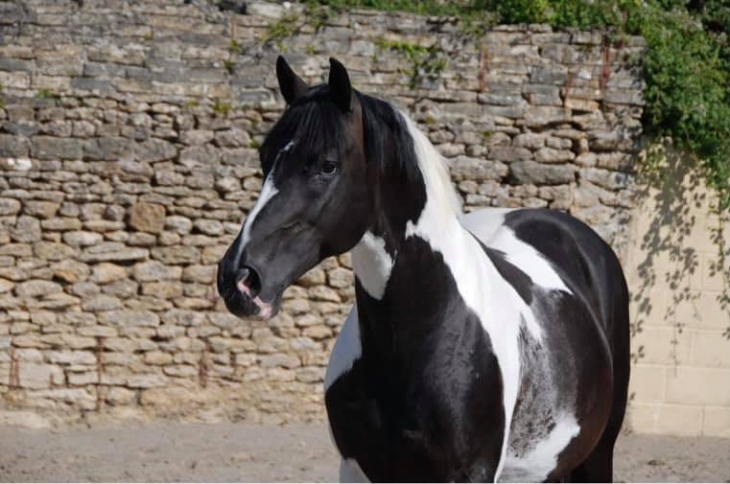 He is sired by the legendary sire of colored performance horses, Samber, who is the only 100 day performance tested stallion in the KWPN book. Samber is known as the stallion with "golden" temperament and competed to GP dressage.

Sambertino's damsire, Wellington, won his performance test in 1983 and has a jumping index of 165.

Prior to arriving in the UK in ’99 Sambertino spent 3 seasons at the Gebr v Manen stud in Holland where he sired over 100 KWPN registered foals.

He was also a Pavo Cup finalist in Holland as a 4 and 5 year old.

Sambertino passed his 100 day test at Neustadt-Dosse, where he was placed 8th overall(dressage)out of 43 stallions on test.

He competed with Gemma Sas to Z level dressage in Holland, before continuing his ridden career in the UK with an amateur rider.
He was competed and trained by Eckhard Wahlers, at Gestut WM, Reessum Germany.

Sambertino has had a successful competition career in Holland & the UK, with both amateur & professional riders.

Sambertino sired over 100 KWPN foals in Holland, where he was competing at Z level dressage and was a semi-finalist in the 1997 Pavo Cup.

This page was automatically translated from : English