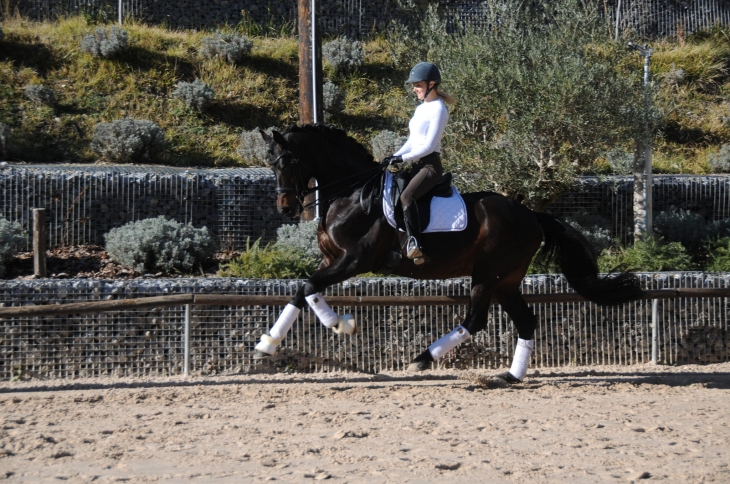 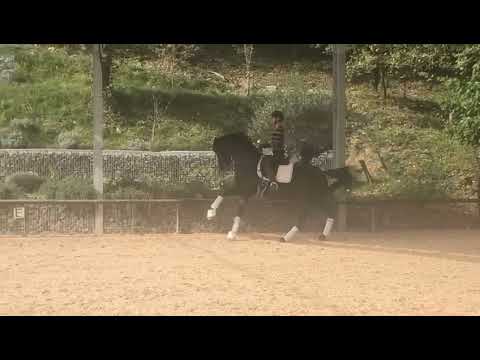 Smart is a son of Soliman (Sandro Hit) and Wolsonara (Weltmeyer).

His sire, Soliman De Hus, was crowned Supreme Champion of the Hanoverian Körung in Verden at the age of 2 years old. He passed his 30-day test the following year. In 2009, he won his 70-day test with tremendous scores of 9.5 for temperament and 9 for trot, canter and pattern.

At the age of 6 years old, he placed 9th after placing 3rd in the qualifying test at the German Young Dressage Horse Championships.

During the qualifying test, Soliman De Hus was appreciated for his balance, amplitude, suppleness, beautiful regular and cadenced gaits, his handling, as well as his extraordinary fluidity during the recovery. He received the remarkable scores of 9 for overall impression, canter and trot.

His dam's sire, Weltmeyer, is a true legend in world dressage: in 1998 he was named "Hanoverian Stallion of the Year" and to date has more than 70 approved stallion sons.

At 4 years old, he finished 5th in the Verden World Championship.

The following year, he was consistently placed at A and L level and was a finalist at the World Young Horse Championship in Verden.

At 6 years old, he won his 70-day test and was recognized as the Hanoverian studbook's chief of breed.

He turned in competitions up to A level with several wins. He has mastered all the Grand Prix movements and will be competing in young rider and U25 (Grand Prix level) events this year.

He signs his production with very chic foals, endowed with a super character and excellent locomotion: great suppleness and amplitude.