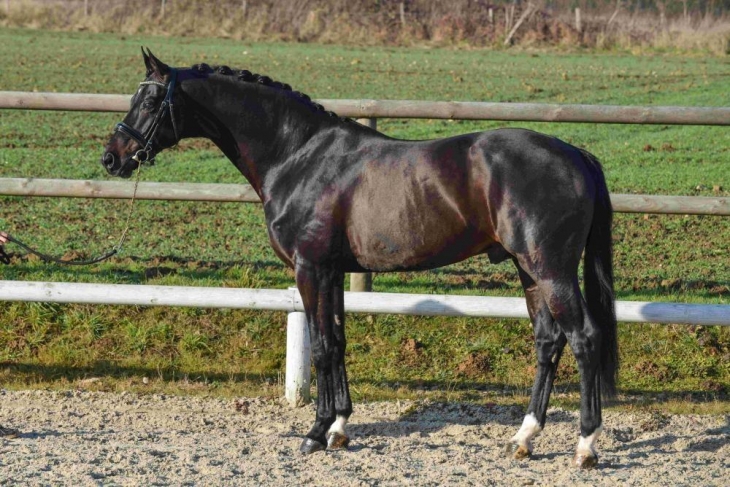 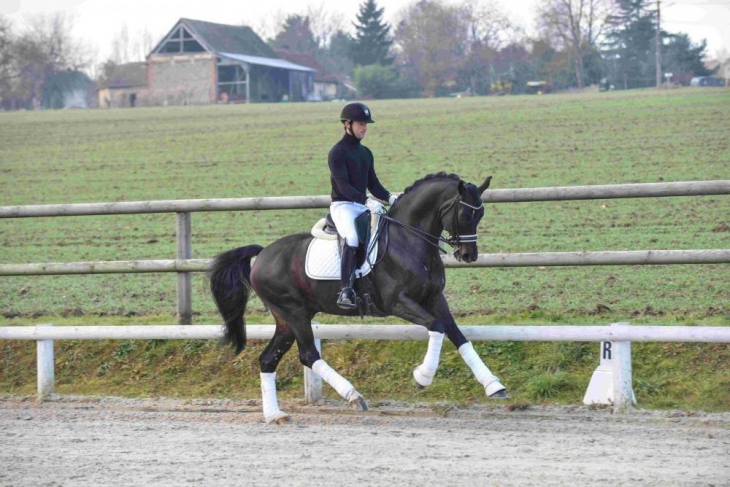 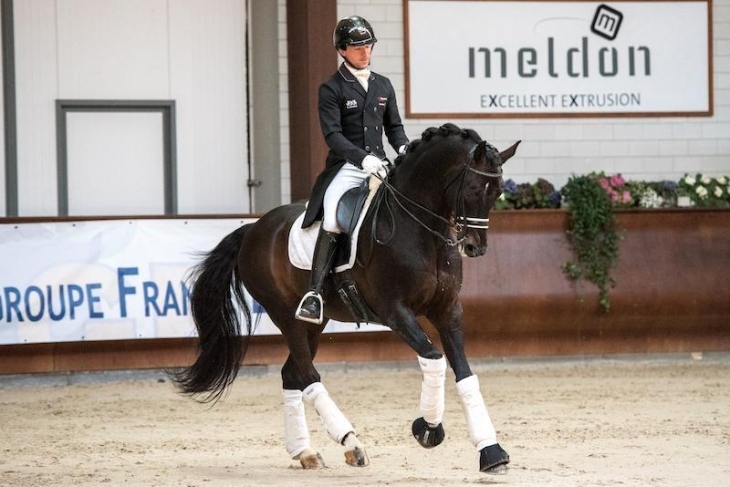 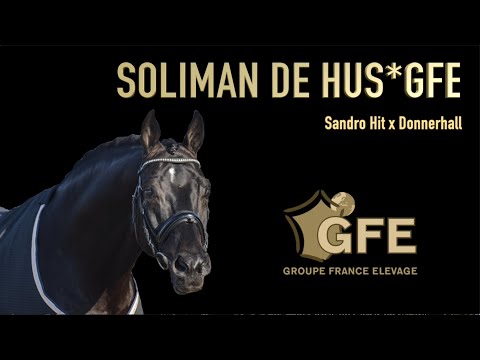 His dam Danea is the daughter of the famous dressage stallion Donnerhall who is a perfect match for Sandro Hit - the sire of Soliman De Hus. Donnerhall has been one of the best dressage horses in the world for some years. He won the team gold medal and third place in the individual competition at the World Championships in The Hague. He also won the European Team Championship in Verden and finished 3rd individually at the same championship. Danea is the sister of Diandra who was the star of the 2003 Autumn Sales in Verden.

Danea's dam is Alhambra. Alhambra has produced Private Diandra and Happy Hope among others, both of whom are evolving in Amateur 2.

His sire Sandro Hit is a renowned stallion, who was crowned German Champion and World Champion 6-year-old in 1999. A year later he was awarded the title of "Best Young Stallion". From 2012 to the present day, he remains ranked in the Top 10 of the best dressage stallions in the World. Sandro Hit was ranked second in the WBFSH World Dressage Stallion Rankings in 2017 and 2018 and then in third place in 2019 and 2020.

Among his offspring, he has more than 140 stallions including

Sandro Hit's offspring perform well in breeding competitions and are prized during auctions following the example of Poetin, who won the German Championship for 6 years old and was sold for €2,500,000 during the PSI sales. Similarly, in 2004, his product Santa Cruz - then a young stallion - was sold for €750,000.

Soliman De Hus was crowned Supreme Champion of the Hanoverian Körung in Verden at the age of 2 years old. He passed his 30-day test the following year. In 2009, he won his 70-day test with tremendous scores of 9.5 for temperament and 9 for trot, canter and pattern.

At the age of 6 years old, he placed 9th after placing 3rd in the qualifying test at the German Young Dressage Horse Championships.

During the qualifying test, Soliman De Hus was appreciated for his balance, amplitude, suppleness, beautiful regular and cadenced gaits, his handling, as well as his extraordinary fluidity during the recovery. He received the remarkable scores of 9 for overall impression, canter and trot.

It was in 2013 that he entered the Petit Tour level, where he took first place in two St Georges events during the Grand National at Auvers. He won the events scoring 71 and 69% respectively. In the same year, he finished 5th in the CDI3* in Saumur and the CDI3* in Vierzon.

Soliman De Hus is a black pangaroo stallion who is a perfect match for mares with enough size and frame. He passes on his chic, galloping quality, ease of use, energy in the collectors, as well as his suppleness to his offspring. This stallion has the ability to produce for dressage and for Eventing. Judging by his earnings over 2018, he was the top sire in Cycle Libre and second in Cycle Classique dressage.

As regards his female progeny we find: