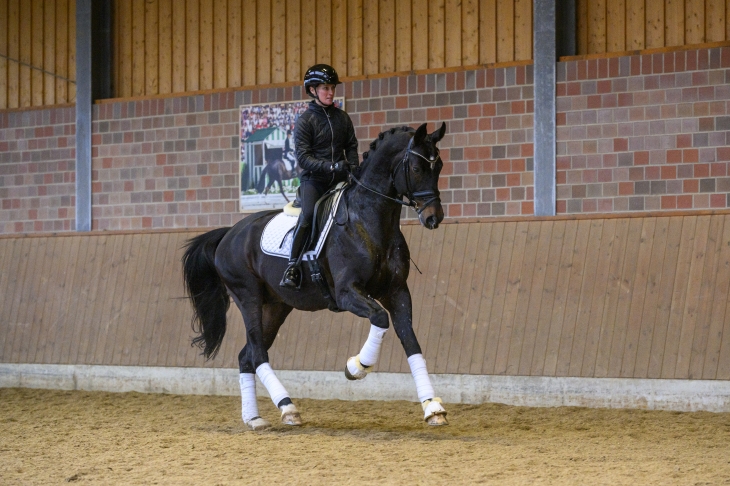 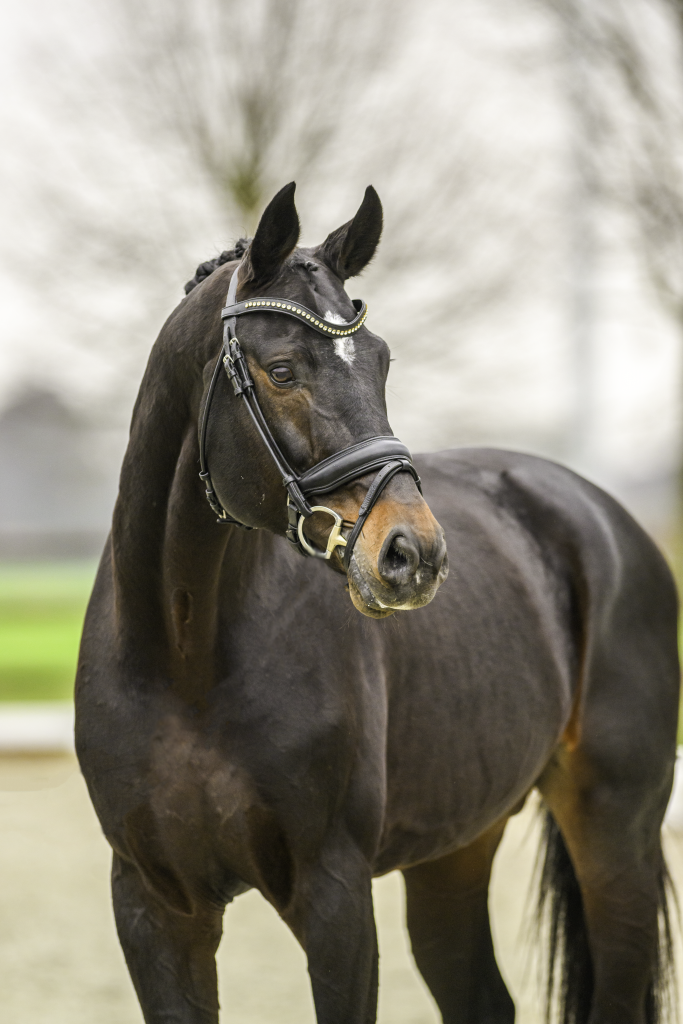 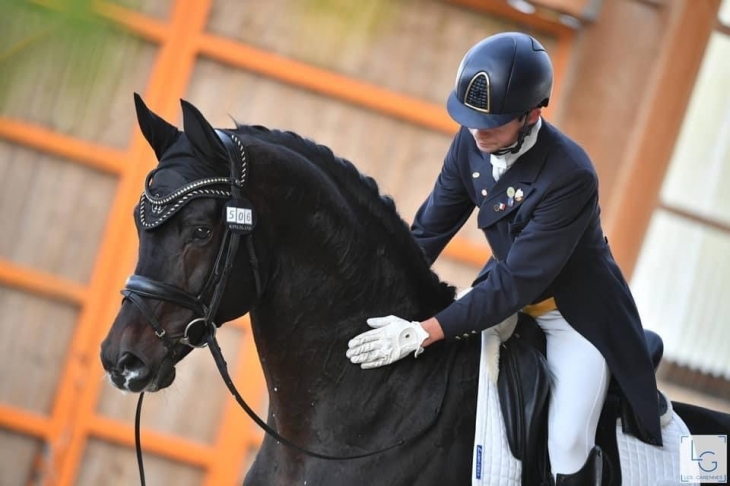 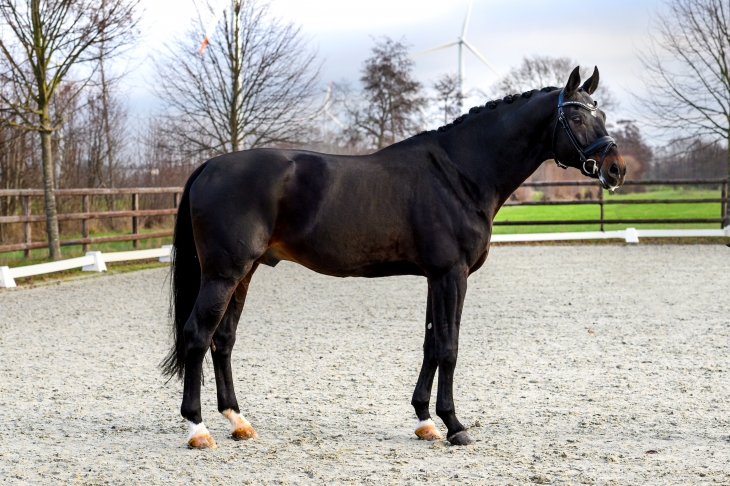 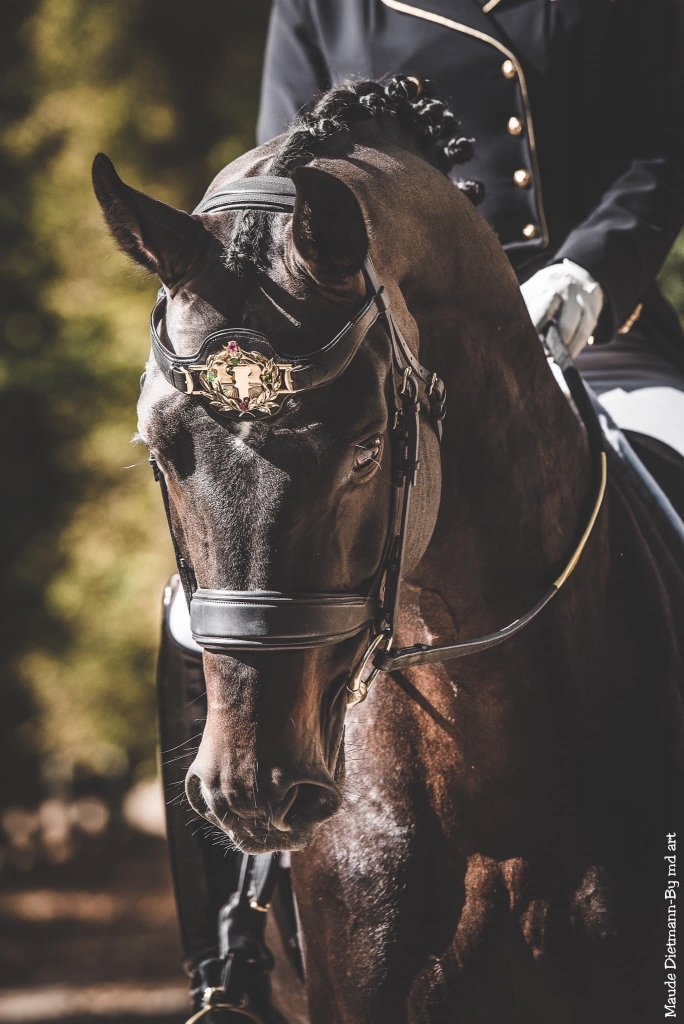 A GREAT HORSE WITH A GREAT HEART! THIS POWERFUL STALLION IS GETTING READY TO MAKE HIS GP DEBUT. GIVEN EXTRAORDINARY CHARACTER, MUCH FLEXIBILITY AND REBOUND IN HIS GAIT, HE COMBINES POWER AND GRACE ALWAYS IN A POSITIVE AND AVAILABLE TO WORK ATTITUDE.

The hereditary performance of this noble black stallion, himself a world dressage champion and German champion, is unprecedented. In all, he has produced 190 licensed stallions in Germany alone, which is more than any other stallion. To list all the approval winners, award-winning stallions and top prizes at stallion sales would be almost impossible. Sandro Hit's production has long since conquered the world's greatest championships.
On the maternal side, Lord Sinclair, has qualified for the German Federal Championships 4 times. He is also a two-time German Young Horse Champion, the main premium winner at the Oldenburg Stallion Days and the overall winner of the 1999 Stallion Performance Test. He has an abundance of coveted performance genes. Lord Sinclair's production has proven itself by winning shows and foal championships with nobility and suppleness as important trademarks. Lord Sinclair has over 20 approved sons.