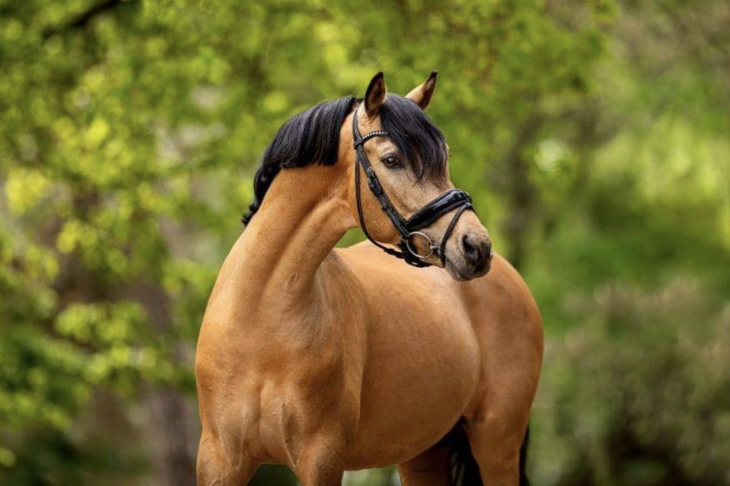 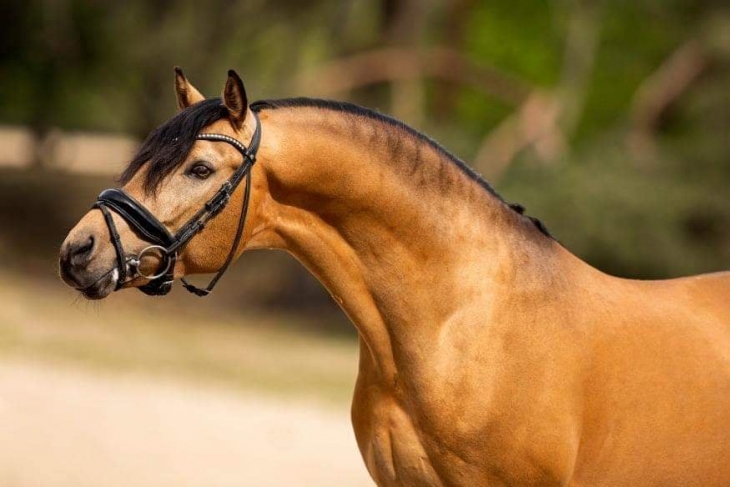 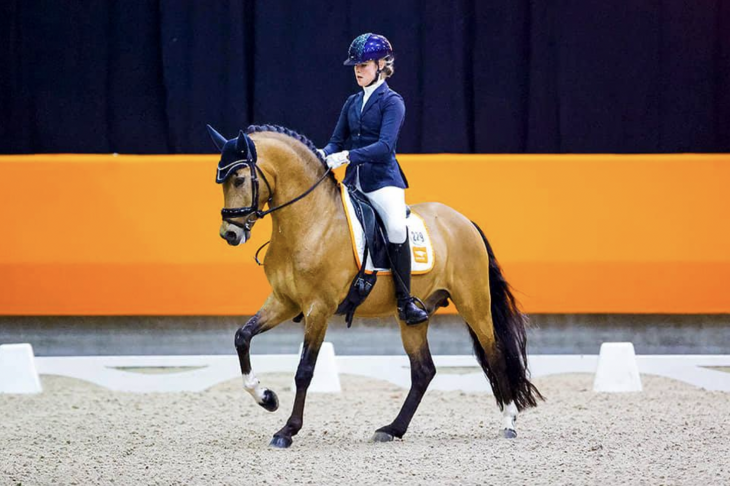 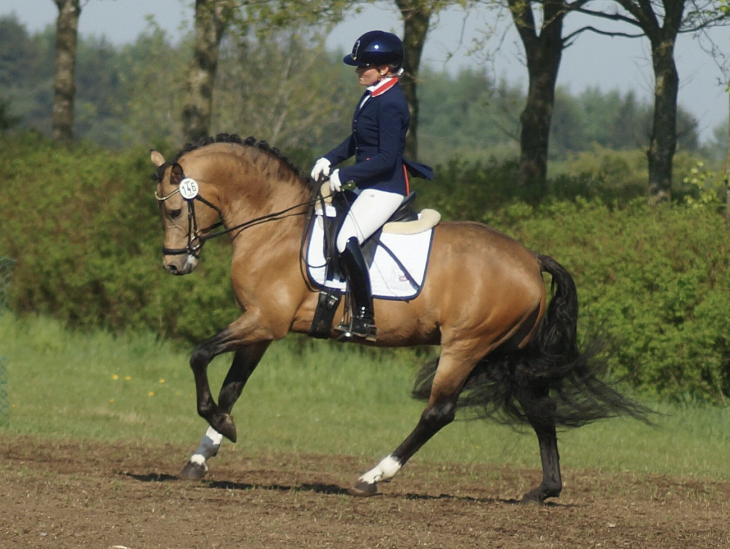 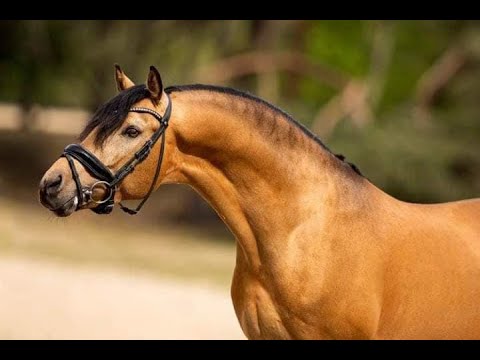 Just a concentrate of the best!

Her dam, Debora has passed her FEI tests for the Belgian team. She is also the dam of Das Schneewittchen, 5th in the German Elite Mare Championships. She is a daughter of Golden Dancer, double European team champion and individual gold medallist. Golden Dancer is the sire of Der Harlekin B (FEI Dressage), or FS Golden Moonlight, whose production leaves one dreaming.

Tackmann's Candyman has produced little, saving himself for his international sporting career. He is notably the sire of 3 daughters, all of which won prizes in Germany.

He will be referred to mares that lack blood and influx, with thick patterns and lacking in chic and locomotion. Candyman is a light pony, with energy, a very nice freedom of shoulders and a lot of flexibility. He has a very nice front orientation, with a strong shoulder and a short and well followed back. His strong point is the canter, which he presents with a lot of balance and cadence; a cadence that can be found at all paces. His walk is wide and well broken up and his trot rhythmic and energetic.