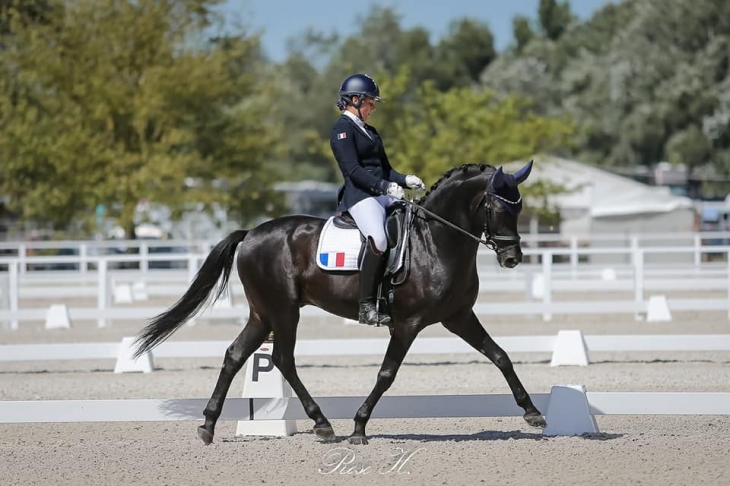 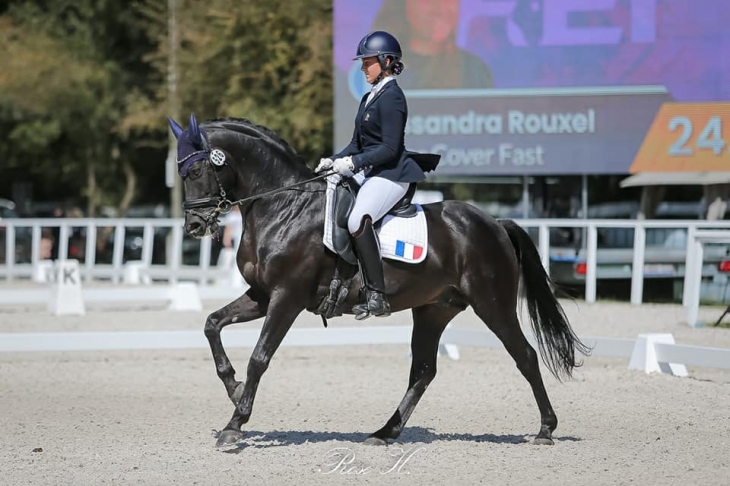 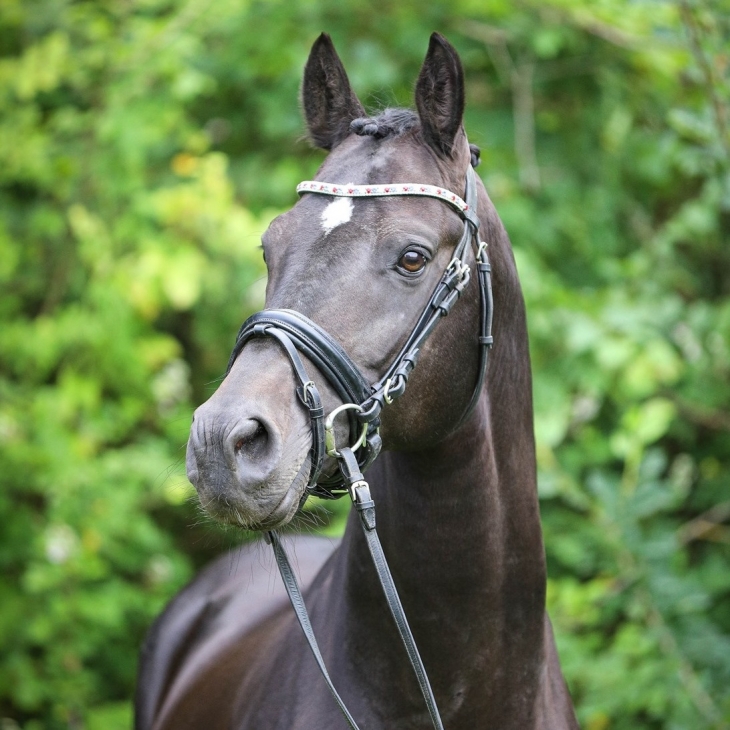 His sire, the Trakehner LATIMER, was an international winner in Dressage. Grandson of the famous CAPRIMOND major stallion of world dressage. LATIMER was victorious both in Dressage and in breeding. Among his offspring, let's mention FINCKENSTEIN TSF (WEG 2018) and ERLENTANZ who started in 2019 the CDI 3* with Charlotte DUJARDIN.

His dam MATA HARI, "Staatspraemiumstute" in Germany and Labellisée Dressage in France, and his 2nd dam, MELISSA, both St. Pr. St are exceptional broodmares whose progeny quality is honored every year at high level. Thereby, many FEI performers and stallions are out of her maternal line:

With this genetics, UNDER COVER is free of the blood of Don't Worry, Champion de Luxe and Golden Dancer, and therefore presents the interest of a new blood for pony dressage.

UNDER COVER has a flawless model. Made very uphill and exuding a lot of presence, with a short back, a beautiful boom and a well oriented neckline. His morphology allows him an easy natural placement and an excellent assembly. His legs are impeccable, he has blood and excellent tissues. Moreover, he jumps very well and could just as well have been a performer in CCE, discipline for which he produces very well. As for his character, he is easy to handle, hard-working and courageous, which he has proved throughout his career by always being competitive with young riders. Excellent osteo articular status.

UNDER COVER does not produce a chestnut. Negative PSSM and HWSD.

UNDER COVER is FEI toed for life. He is NOT OUT OF STOCK.

Consistent performances and an unprecedented record of achievements:

The 1st generation PFS was 8 years old in 2022, and already has many true winners at the top level, including:

His production proves to be very homogeneous:
the products are chic, well oriented,
and very easy under saddle. He improves
considerably on the model of the
slings he has been
advised, without giving a size.

Labeled Dressage, his products are
automatically qualified for the
National Final France Dressage.