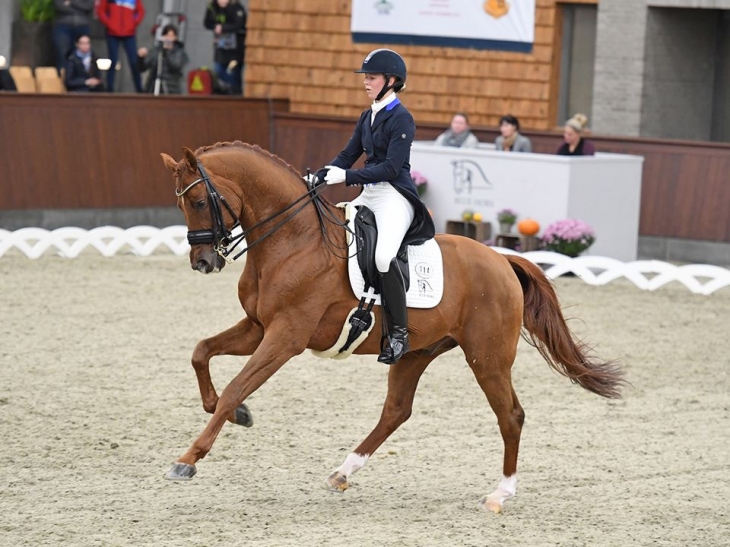 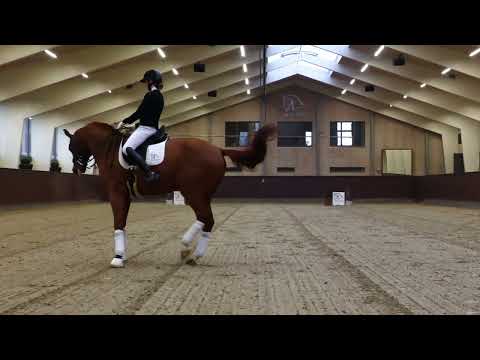 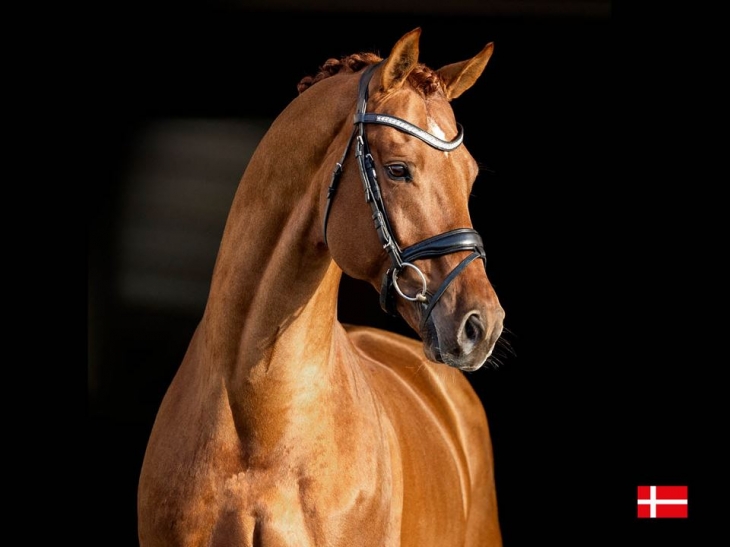 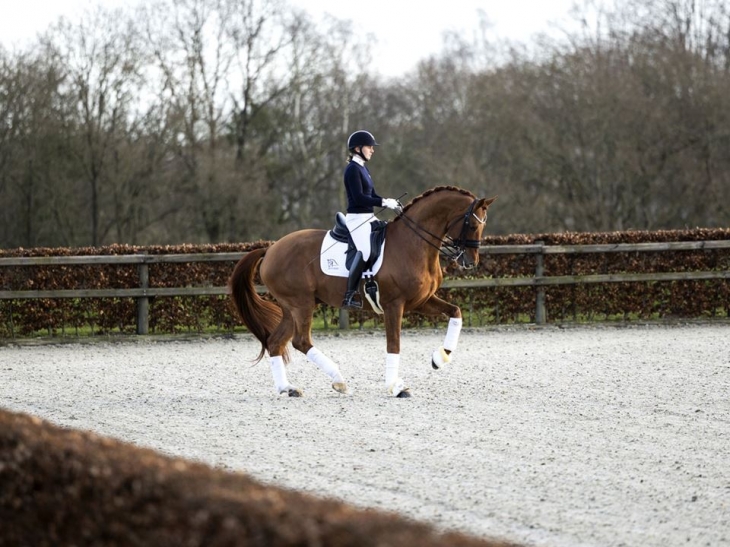 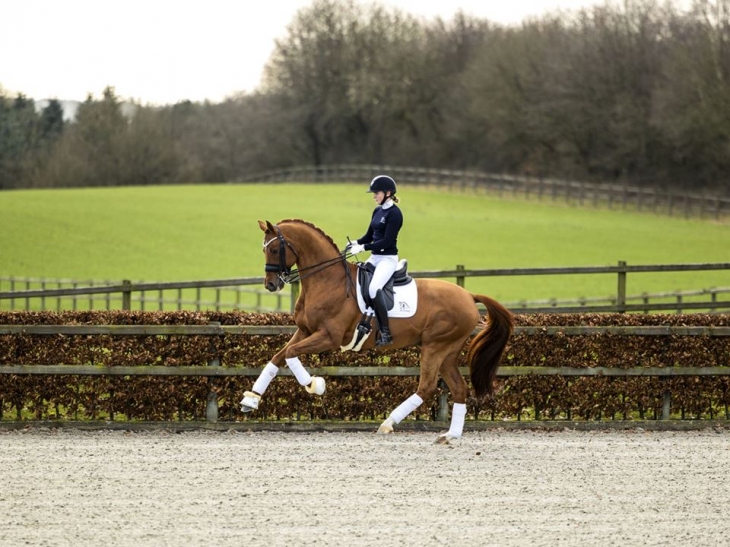 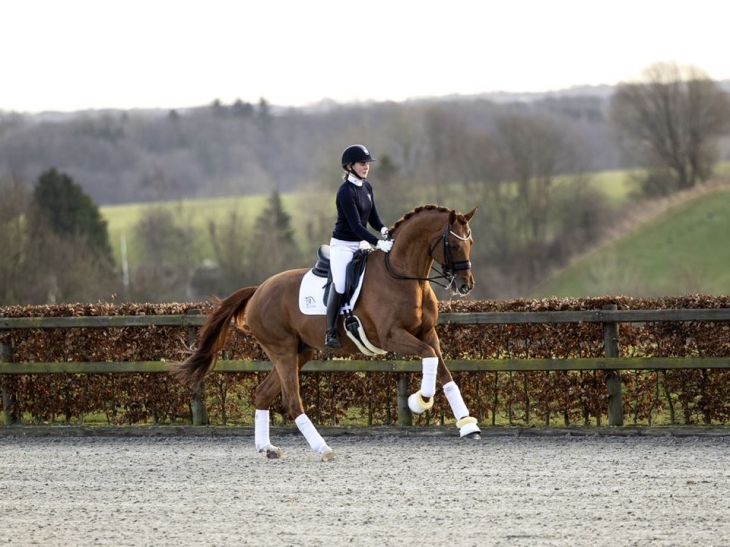 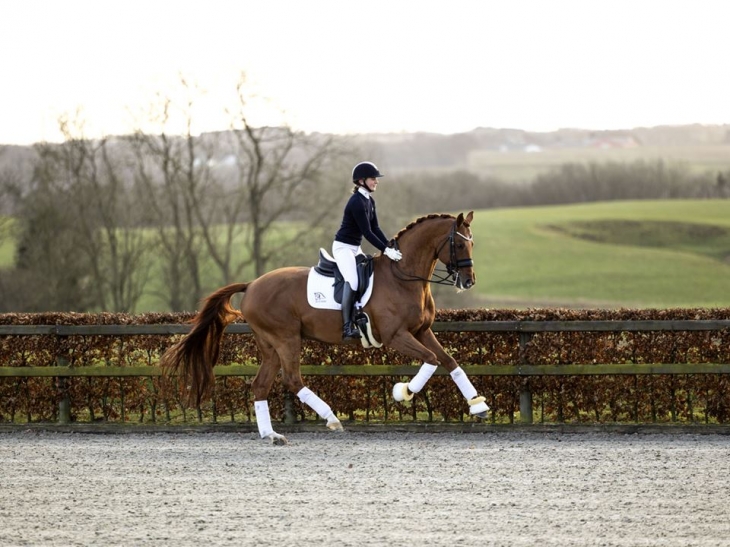 Veneziano is a son of top Dutch stallion Vivaldi and the mare Fabina, who is a full sister to Don Schufro. Fabina is the 2003 Oldenburger Studbook Mare of the Year, and is also the dam of two "Brilliant Ring" mares and the Grand Prix and approved stallion; Tailormade Red Rebel.

Vivaldi is a stallion that still appeals in Europe. Under saddle, Vivaldi knows how to convince with his charisma and incredible gaits. He was reserve champion of his stallion performance test and in 2007 he won the PAVO Cup for five-year old dressage horses (similar to the Bundeschampionat) with Hans Peter Minderhoud.

Vivaldi is a very talented stallion.

In 2019, his son Vivino courted records by selling for a massive €2 million at the Hanoverian Stallion Auction. Other descendants of Vivaldi were highly sought after and achieved high prices at auctions across Europe.

Veneziano's dam's sire, Donnerhall, began his career in 1984, placing second out of 70 horses in his stallion performance test held at Adelheidsdorf, with a score of 131.92. According to his rider, he was very easy to train. He was particularly known for his expressive passage, piaffe and extended trot.

Donnerhall had a successful career as a dressage horse, winning some of the most prestigious competitions, including over 65 international Grand Prix. He was German DLG Champion in 1986 in Hanover. In 1994, German Champion (Mannheim), he won team gold and individual bronze at the World Championship in 1994 and the European Dressage Championship in 1997 in Verden. In 1997 he also won the European League World Cup. Donnerhall won his third team gold medal while finishing 4th individually at the 1998 World Dressage Championships. He was also named Oldenburg Stallion of the Year in 1998.

In 2012, Veneziano finished runner-up in the Oldenburg studbook approval.

He won the six-year-old qualification in 2016. He had his first international successes in 2017 at the age of 7 years old, notably in Herning and Hagen.

He was placed 3rd in the Oldenburg studbook approval.

He placed 3rd on the small tour at the Danish Championship.

Veneziano has a very good model and 3 excellent, consistent gaits, qualities he passes on to his offspring.