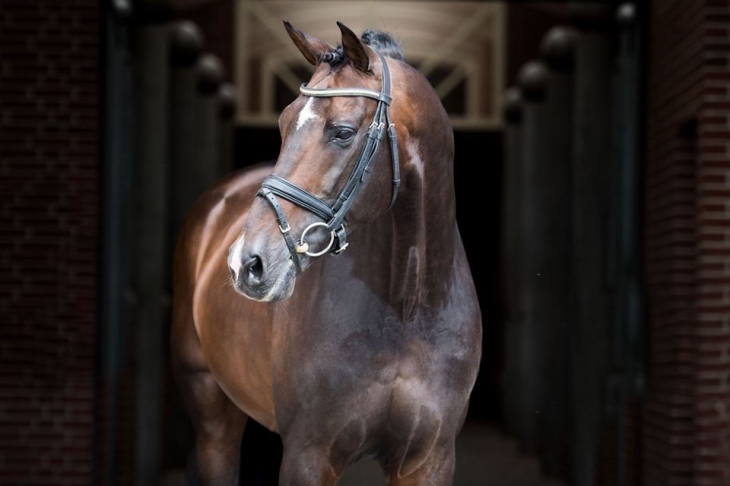 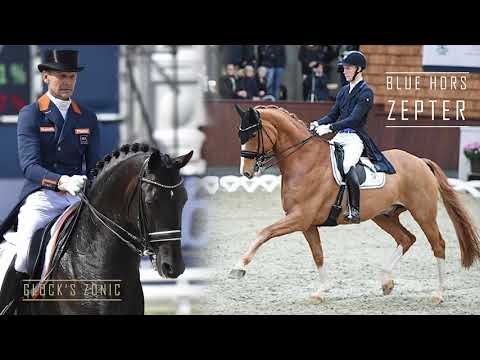 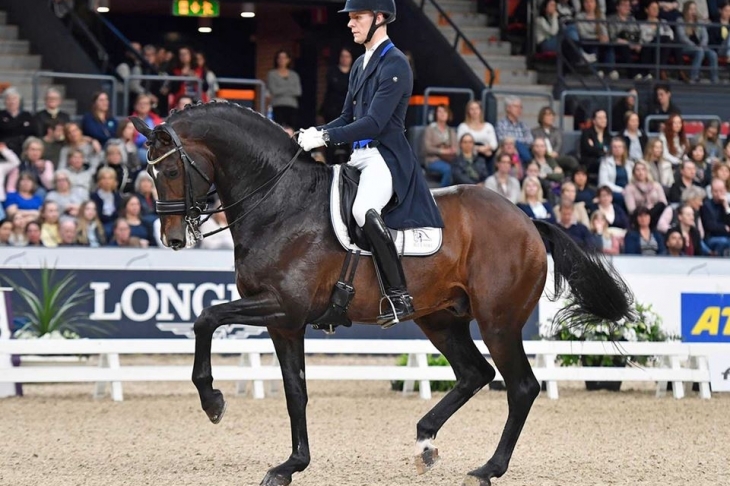 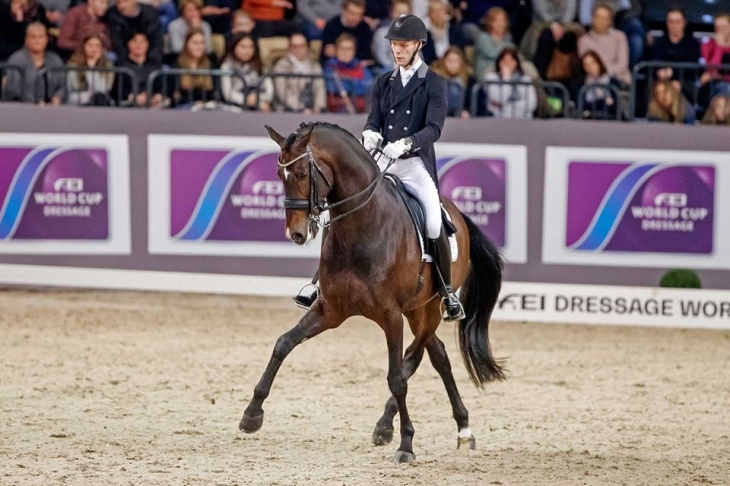 So far, he has been the winner of his stallion performance test in Ermelo.

His paternal grandsire Ferro has the "Preferent" label which was awarded to him by the KWPN Studbook when he was alive. It should be noted that this label is usually awarded posthumously. At the World Games in Rome in 1998, he took 6th place. He won the Grand Prix at the CDI in Berlin. In 2000, he finished in 5th place at the Olympic Games in Sydney.

His dam Orona has evolved and been placed in Intermediate (M) level classes. She also passed her IBOP test with flying colours. Her offspring include two Elite KWPN mares as well as Florestan, who won at Intermediate M level.

His maternal grandsire Jazz is among the most prized stallions in the Netherlands. In 2005 he won with the German team the CHIO in Aachen. The following year he was awarded the title of "Horse of the Year" by the KWPN. In 2013, he was ranked second in the WBFSH dressage stallion ranking. He later earned the title of 5th best sire of winners in the WBFSH dressage rankings in 2017.

Blue Hors Zack was crowned Champion 3-year-old at his Dutch stallion approval. Later he was approved by the Danish Warmblood. He was then used especially for Danish and German breeding.

In 2017, he started to perform in international Grand Prix. He competed at the 2018 World Equestrian Games in Tryon as part of the Danish team which placed 10th. He won the World Cup heats in Hertogenbosch and Herning and placed 7th in the 2018 World Cup in Paris.

Blue Hors Zack is a bay stallion that is suitable for a wide range of mares. However, it is important to note that he is a great match for De Niro, Blue Hors Don Schuffro, Blue Hors Don Romantic and Blue Hors Romanov mares as well as mares with agility and long toplines. His offspring have great gaits, significant canter and trot mechanics, and a long, finished model.

During his licensing at Warmblood in 2014, he was awarded Elite Stallion and Stallion of the Year. These titles were awarded to him for his immense success and positive influence in breeding.

Blue Hors Zack has produced 39 licensed stallions including a large number of Premium and Champion stallions. On the side of his female offspring, it is also noticeable that many mares are Premium or medal-winning. Among his first generation of offspring is Glock's Zonik who was twice Dutch Champion and a World Cup finalist.

As for his second crop of offspring, there are a large number of stallions including Triple World Champion Sezuan and Zigzag who competes at international level. In 2019, Blue Hors Zack was the most influential stallion at the World Young Horse Dressage Championships. Indeed, several of his offspring were present in the final such as Jameson RS2, Sezuan and Glock's Zonik.