Quarterback, a look back at a great career as a dressage stallion. 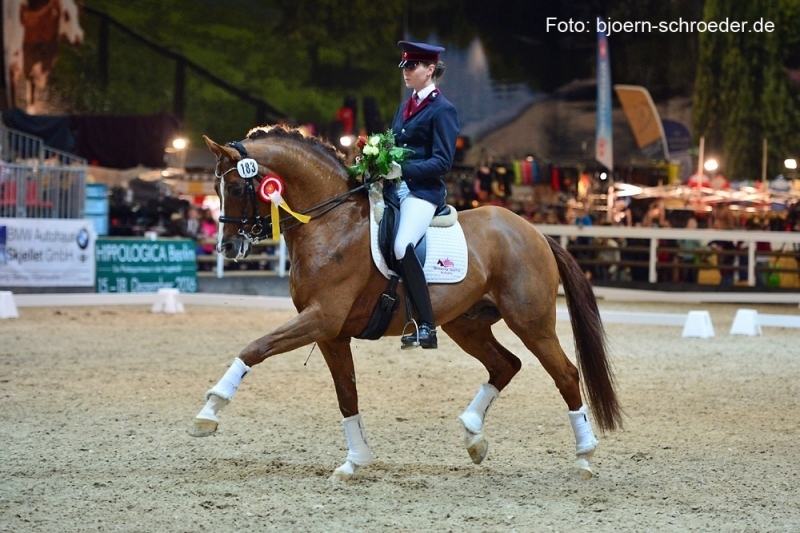 Quaterback is one of those dressage stallions that will be talked about for a long time: because of his sporting career, but also and above all because of his immense and excellent quality production.

Quaterback, who died in June 2021 of colic at the age of 18, served the discipline of dressage throughout his career. Quaterback is a son of Quaterman (Quando Quando) and Passionata (Brandenburger) and was successful from an early age: he was Reserve Champion of his approval at 2.5 years old in Neustadt/Dosse,  completed his 30-day test and won the German Championship at 3 years old. Although he was mainly a breeder, Quaterback also competed at Inter I and Prix St. George level.

Quaterback has made a name for himself in the dressage arena mainly through his offspring and is still one of the top five sires in the WBFSH ranking in 2021. Of his 1052 offsprings registered as sport horses, 72 stallion sons have been approved and 90 are being released in dressage at Grand Prix level...

Quel Filou, born in 2011 out of a dam by Stedinger, was sold for €1 million at the PSI auction in 2014. The gelding finished third in the 3-year-old final at the German Championships in Warendorf in 2014 and was Reserve Champion at the 5-year-old World Championships in 2016.

Among his 70 stallion sons, there are well-known names: Quaterbold, Quaterdance, Quadroneur, Quaterhall, Quaterkoenig, ... all of whom have performed on the international scene and in breeding.